The Danube-Black Sea canal connects the Black Sea and the Danube River, which ends in Romania but is a navigable waterway which leads to the heart of Europe. The canal will likely allow Ukrainian and international vessels to export Ukraine’s much-needed grain.

Already, there are reports that 16 ships have passed through the canal carrying grain.

The Ukrainian newspaper, The Kyiv Independent, reported that the opening of the canal would allow Ukraine to export up to 500,000 more tons of grain every month.

It said in a tweet: “16 ships enter Ukrainian ports for grain. According to the Infrastructure Ministry, more than 90 ships are currently waiting for their turn to enter through the Danube-Black Sea Canal.

“The ministry expects to increase the monthly export of grain by 500,000 tons.”

Snake Island was liberated on June 30 following a furious two-month battle which saw Ukraine relentlessly strike at Russian forces on the island until they eventually abandoned their positions there. 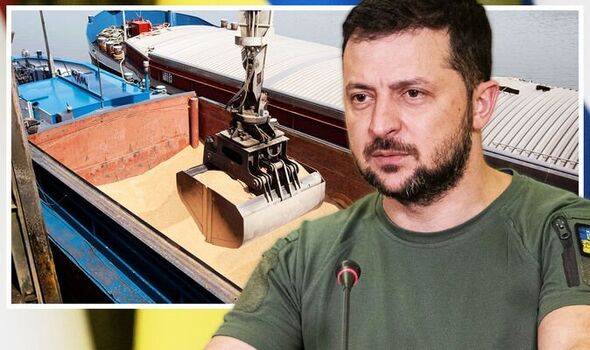 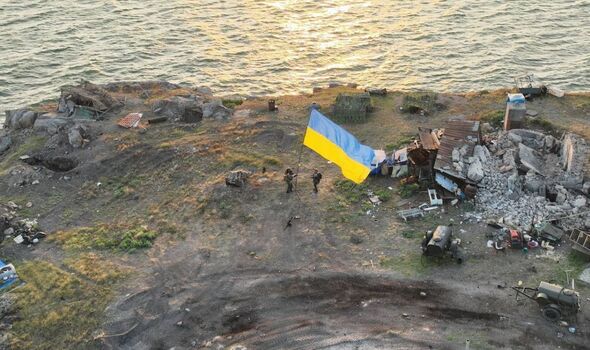 Russian patrol boats and rocket launchers on the island could have threatened ships trying to transport grain into the canal. The island is just over 20 miles from the mouth of the Danube River.

Ukraine’s Minister of infrastructure Oleksandr Kubrakov confirmed the reports that shipments were now moving through the canal and claimed Putin was “holding the world hostage” by stopping other exports.

He said: “The Bystre estuary of the Danube-Black Sea canal is an extremely important transport canal that can become a “road of life” for those countries that are at risk of starvation.

“It became possible due to the liberation of Zmiinyi (Snake) Island from Russian occupiers and the work of Ukrainian defenders. We continue to work to save not only Ukraine from Russian aggression but also the world, which Putin is holding hostage.” 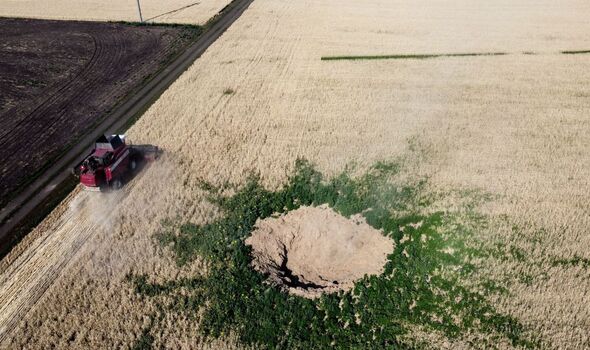 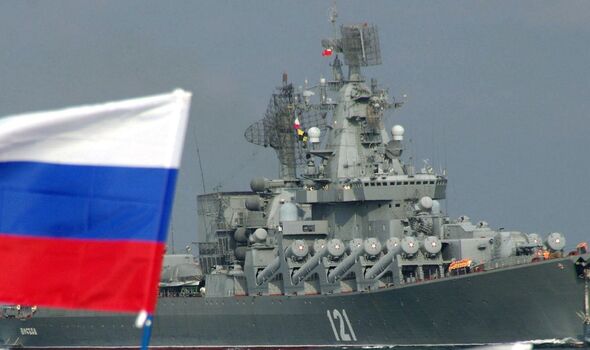 However, it is believed that more than 20 million tons of grain are stuck in Ukraine, and it is likely that food insecurity around the globe will continue as long as the main Black Sea route remains blockaded by Russian ships.

Under-Secretary-General for Humanitarian Affairs and Emergency Relief Coordinator Martin Griffiths said that the shipments were “not enough” to stem from world hunger and rising food prices.

He said: “Encouraged by reports that exports of Ukrainian grains through the Black Sea-Danube canal have resumed. But this is not enough.

“As food insecurity mounts around the world, opening the Black Sea route is our best bet to mitigate global hunger. The world can’t wait.”

DON’T MISS:
Passenger couldn’t watch film on flight due to selfish woman [REPORT]
Slash your daily costs by £25 with ‘easy steps’ to save money [INSIGHT]
What IS China up to? ‘Mystery structures’ on South China Sea islands [ANALYSIS] 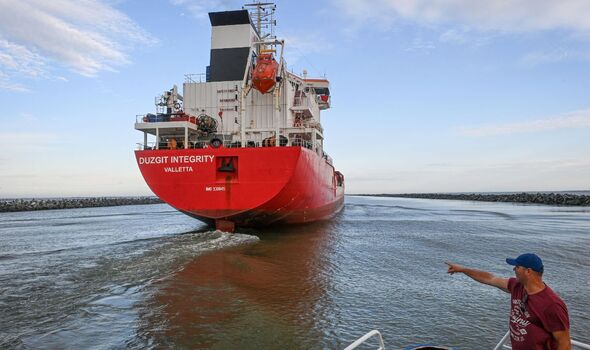 The Turkish Government has been negotiating with Russia to allow for the reopening of the major port at Odessa to resume grain exports and feed the world.

Snake Island became famous early in the war after Ukrainian soldiers garrisoned there told the Russian cruiser the Moskva to “go f*** yourself” after it warned them to surrender.

Although the soldiers were captured, they were later released and the Moskva was sunk by a Ukrainian anti-ship missile – Russia claims the sinking was the result of an accidental fire.

Thanks to increased rail and road links with Europe, Ukrainian grain exports in June swelled to 2.5 million tons, about half of normal exports. This month, exports are likely to be even higher with the opening of the crucial waterway.