Relations between Beijing and a number of its neighbours have sharply deteriorated in recent months due to disputes over territory and trade In 2017 the Quad security alliance, made-up of the US, India, Japan and Australia was reformed.

On Monday India invited Australia to its upcoming Malabar naval exercises that will also feature forces from the US and Japan.

Previously India, which has historically been unaligned, rejected Australian involvement for fear of offending Beijing.

However relations between New Delhi and China have dramatically worsened this year with a number of armed clashes along their disputed border.

The annual Malabar naval exercise began in 1992 between the United States and India, with Japan becoming a permanent participant in 2015. 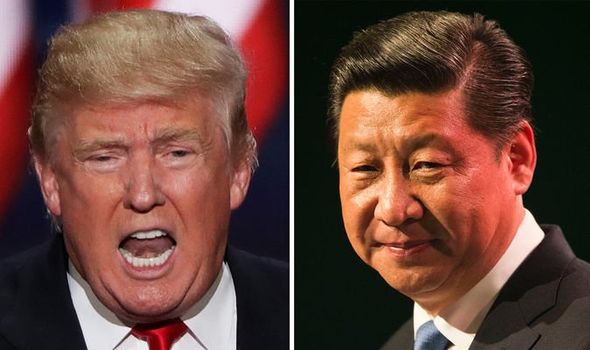 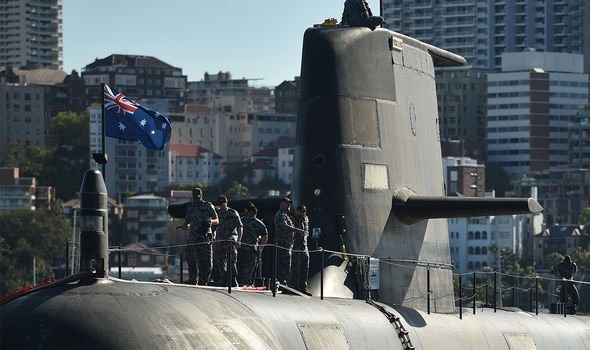 Speaking to the South China Morning Post (SCMP) John Blaxland, a professor at the Australian National University’s Strategic and Defence Studies Centre, said it was clear the expanded Malabar exercise is aimed at China.

He said: “There’s one common factor here – and it’s not hard to discern what it is – that is driving these countries that would otherwise not be looking to work more closely together to all of a sudden overcome their reluctance, their uncertainty and their unease to double down on making this arrangement work.

“China has to a large extent brought this on itself. 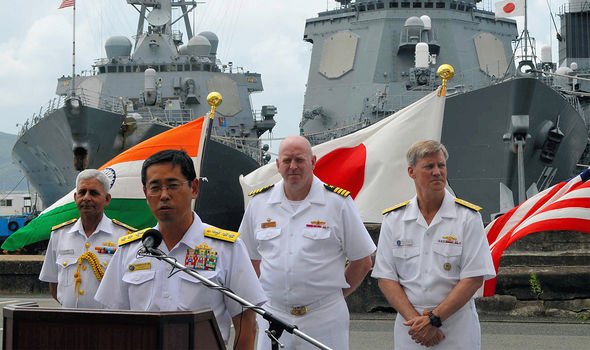 Marise Payne, Australia’s foreign ministry, said the four Quad powers plan to “work together to uphold peace and stability across our region”.

In a statement the Indian Ministry of Defence said the participants are committed to a “rules-based international order” and “free, open and inclusive Indo-Pacific”.

Relations between Australia and China declined rapidly after Canberra called for an independent international inquiry into the origins of the coronavirus pandemic back in April.

In response Beijing retaliated with restrictive measures targeted at Australian beef and barley. 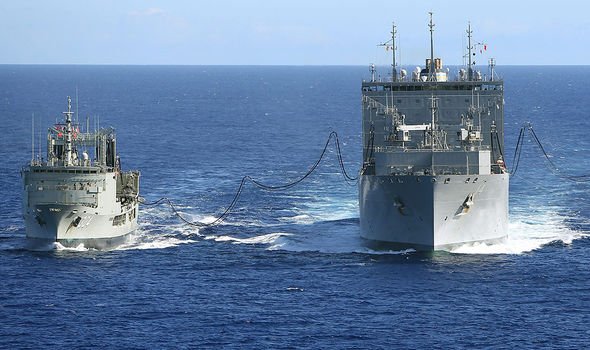 James Goldrick, who served as a rear admiral in the Royal Australian Navy, also argued the latest move is aimed at restraining Beijing.

Speaking to the SCMP he commented: “The reality is that where relationships like the Quad and other forms of regional partnership go will depend directly on the trajectory of China’s behaviour.

“If China continues on its present path, then I believe that [regional powers] will look to ways to work together to present united fronts on matters where they share vital interests and when those interests appear to be threatened.”

In June 20 Indian soldiers were killed in clashes with their Chinese counterparts along the two countries disputed Himalayan border. 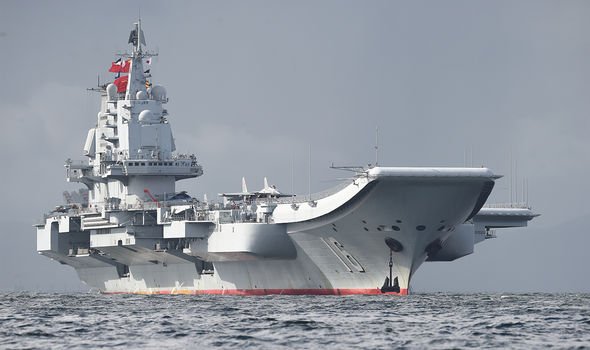 As firearms are banned near the border the two sides fought with iron bars, clubs wrapped in barbed wire and rocks.

Many of the Indian fatalities either drowned or died from exposure after being injured.

There were reportedly also Chinese casualties though Beijing hasn’t confirmed an exact number. 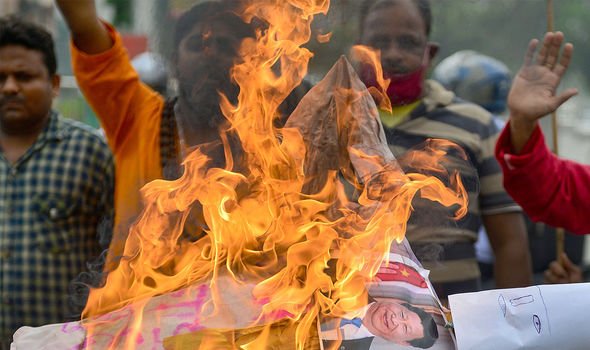 Following the violence India banned a number of Chinese mobile apps from operating in its territory, including TikTok.

China is also is dispute with a number of its neighbours over control of the South China Sea.

Beijing has been building military bases on islands in the fiercely contested waterway.

Canada wants to be at 'front of line' for coronavirus vaccines, signs deals with Novavax and Johnson & Johnson

Post Premium: Our best stories for the week of July 20-26

Thrift stores in Colorado thrive during pandemic, deluged with donations, then shoppers after shutdown