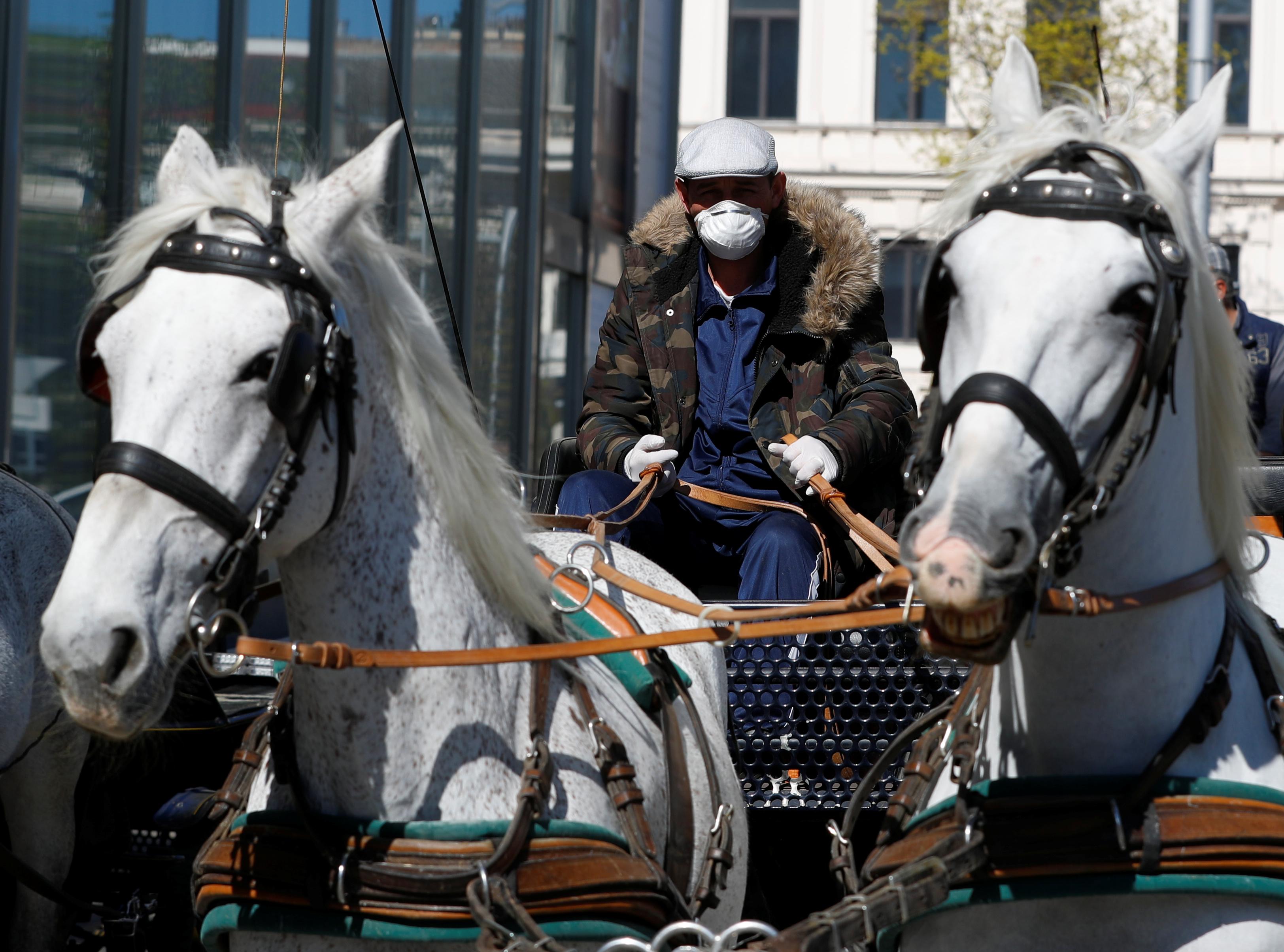 VIENNA (Reuters) – Under coronavirus lockdown, one aspect of modern Vienna might look familiar to victims of plagues past – horse-drawn carriages delivering meals to those most at risk during the pandemic.

So-called ‘fiaker’, derived from the French term ‘fiacre’, have been a feature of Vienna life since it was the capital of a vast empire. Now they live off tourism, their often bowler-hatted drivers offering tours of the city centre from stands at landmarks such as its cathedral and former imperial palace.

But with Austria now under lockdown, some of those drivers are helping an effort to provide free meals to the elderly, who are particularly threatened by the coronavirus outbreak.

“There are no tourists, there is no business at all, and therefore they’re all at home. But the horses still need to move around,” said Christian Gerzabek, a part-time fiaker driver and a local official in Vienna’s 13th district for the conservative People’s Party.

“My idea was to combine the practical with something good for people who need it… It’s also a bit of a signal that despite all this we are here for people and glad to do our bit,” he added, wearing a less-than-traditional baseball cap.

Tourism stays at hotels are banned, and the InterContinental Vienna hotel has no guests but is providing free meals to the elderly in its neighbourhood, Vienna’s third district, just outside the city centre.

Gerzabek and two other fiaker drivers have joined the effort to deliver the 250-300 meals a day the hotel prepares, which are also transported by car and bicycle. As of Easter Monday, the target group will switch to medical staff on the night shift at a nearby hospital.

“This is a great initiative! Thank you very much!” one recipient, Gabriele Gleilinger, who has an auto-immune disease and stays at home, told Gerzabek as he delivered her first meal.