SANAA (Reuters) – Hunched over sewing machines in a long abandoned factory in Yemen’s capital Sanaa, 20 women stitch face masks as a country ravaged by war, hunger and disease prepares for the arrival of a new epidemic. 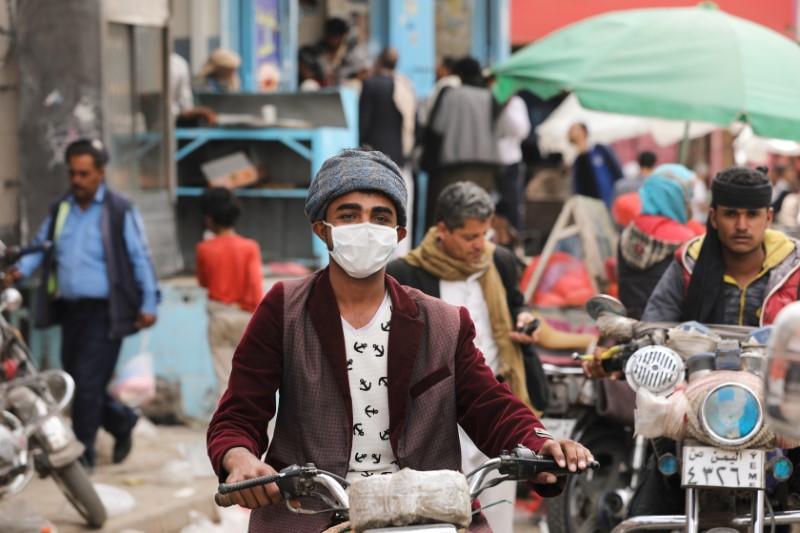 COVID-19 has yet to be documented in Yemen, but Abdel Ilah, who manages the factory that opened three days ago, is getting ready for its arrival. “Coronavirus is knocking on the whole world’s door,” he said.

The five-year conflict has killed more than 100,000 and unleashed a humanitarian crisis in which many others have died. Yemen’s shattered healthcare infrastructure and already weakened population suggest the virus could wreak more havoc if takes hold.

“It is a perfect storm of a disaster should this virus introduce itself,” the country’s World Health Organisation (WHO) representative, Altaf Musani, said.

Cholera, dengue, malaria and poor sanitation are rife and around 80% of Yemenis are reliant on humanitarian aid while millions live on the brink of starvation, leaving them vulnerable to other forms of disease.

Yemen has been mired in conflict since the Houthi group, aligned with Iran, ousted the government from Sanaa in late 2014. A military coalition led by Iran’s arch enemy Saudi Arabia then intervened to try to restore the government to power, but the Houthis still control most major urban centres.

On both sides of the divide, Yemen has stepped up measures to contain and mitigate against coronavirus should it appear, including screening and tracking arrivals.

In Sanaa, a rush on face masks as awareness about the disease increases has driven up prices.

“Demand for face masks is very high right now. Some pharmacies ran out and some are keeping the masks from people,” one pharmacist in the city, Mohammed Aaglan, said.

Currently Yemen has the capability to conduct a couple of hundred tests to confirm an infection with the virus at centers in Sanaa and Aden. More are on the way so a few thousand people can be tested, the WHO’s Musani said.

On Monday Houthi authorities said they had closed land borders with government-controlled parts of Yemen for two weeks except to goods traffic. Last week they stopped United Nations flights from landing at Sanaa airport, the only planes that had been allowed in by the Saudi-led coalition, which controls the airspace.

Musani says the fragile health system operates at around 50% capacity and the emergence of coronavirus would “greatly overstretch” it.

For Sanaa labourer Ahmed Abdel Karim, however, the virus is just one more danger among many.

“Us Yemenis, we’re not scared of the disease because it comes from God, while we could die each day from enemy air strikes.”

‘Not a cause for panic!’ Biden refuses to introduce Covid restrictions amid Omicron surge

Modi to hand over social media accounts for Women's Day