Mr Morgan and Mr Trump were close friends before the US President unfollowed the Good Morning Britain host on Twitter earlier this year. Mr Trump had appeared to take umbrage after Mr Morgan accused him of mismanaging the American response to the coronavirus pandemic. But following a plea from Mr Morgan for Mr Trump to get in touch, the two shared an unexpected phone call last weekend.

In a frank discussion about the upcoming US election, which pollsters claim Mr Trump looks set to lose, Mr Morgan said Democrats should discount the President at their peril.

Mr Morgan claimed Mr Trump recognised how much better his performance had been in the second election debate and was working to secure more vote in the final seven days of campaigning by appealing to their compassion.

Referencing the second debate between Mr Trump and the Democratic nominee, Mr Morgan stated how the President had “managed to keep his temper and show a calmer” personality.

Such was the President’s style, some commentators claimed it had been one of his better debate performances. 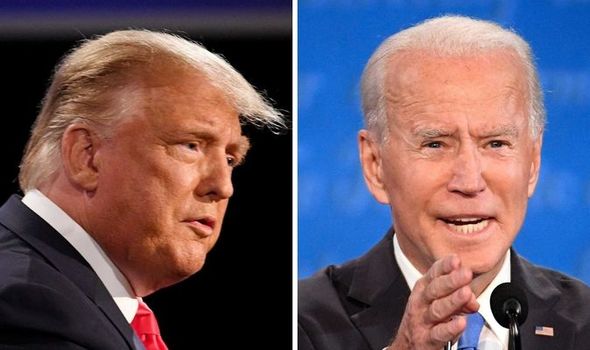 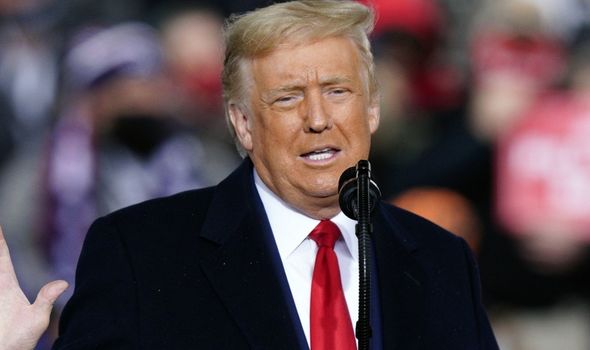 Indeed, during his call with Mr Morgan, Mr Trump claimed “people seemed to like that me better” following his debate performance.

In response Mr Morgan said: “I’m one of them.

“It was far more effective than the raging bull in the first debate.”

Writing for the MailOnline, Mr Morgan claimed the ingredient for Mr Trump winning re-election is being more empathetic to the public. 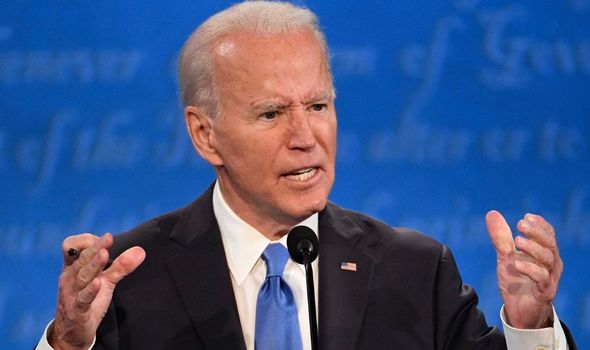 He wrote: “Biden’s verbal missteps are troubling, as is the partisan US mainstream media’s ongoing refusal to cover them with the same enthusiasm they would cover Trump if he did the same.

“But I suspect they won’t be enough to swing the election Trump’s way.

“What might though, is a dramatic gear-change by the president in an area where his opponent is immeasurably stronger.”

The US election is now in its last full week of campaigning before election night on November 3. 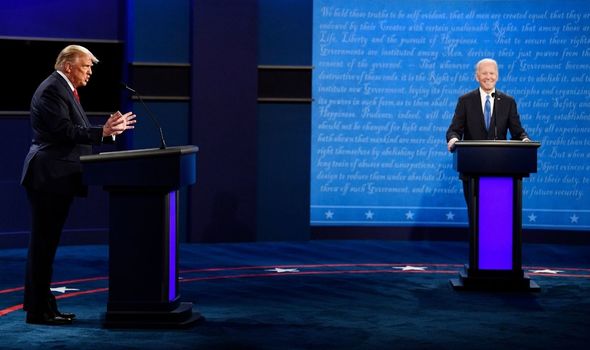 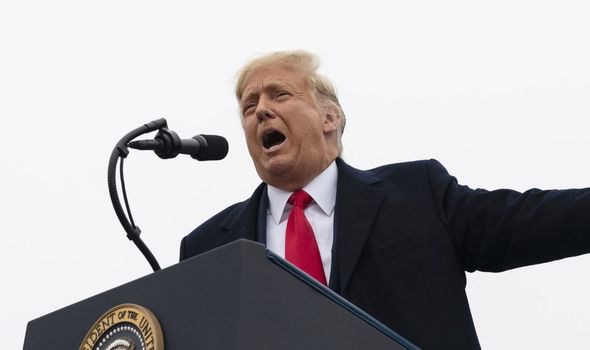 Mr Biden currently has an eight-point lead on his rival, according to a poll by Real Clear Politics.

As of October 25th, Mr Biden is tracking at 50, while Trump is on 42 but despite the lead, Mr Morgan revealed the current President still believes he can win the election.

He added: “If ‘Sleepy Joe’ Biden doesn’t get his act together fast then Trump may just prove everyone wrong again.”

Mr Trump has faced heavy criticism for how he has handled the coronavirus pandemic.

Currently, the US has recorded the highest number of cases and deaths from any other country across the world.

While the pandemic may prove to be fatal to Mr Trump’s re-election hopes, Mr Morgan also claimed he may well have the edge over his rival if it comes down on how to salvage the US economy.

He concluded: “If Trump can show in this last week of campaigning that he cares about his fellow Americans too, and I mean really cares, he could yet salvage an unlikely victory from the jaws of seemingly inevitable defeat. 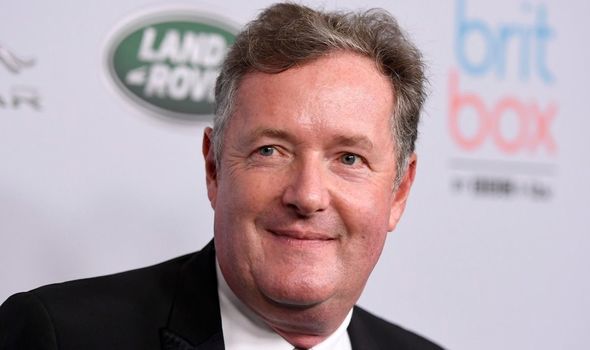 “We’ve reached a pivotal moment in the coronavirus crisis as the second wave rages over much over America.

“If the election comes down to who will save more lives from the disease, Biden will deservedly win given how much more seriously he has taken the pandemic.

“But if it comes down to who may best revive the wreckage of the US economy, Trump may have the edge given how well he ran the economy before the virus struck.

“There’s no doubt that many Americans share Trump’s view that ‘the cure can’t be worse than the disease and his ‘open up’ message – sharply at odds with Biden’s safety first pro-lockdown stance – is beginning to resonate with people fed up with the restrictions on their lives, especially those in Democrat-run states whose kids are still not back at school due to teacher union pressures.”

Here are the key takeaways of the 1st U.S. presidential debate