Surveillance video showed the officer putting his knee on the man’s head and neck twice while he was being restrained. 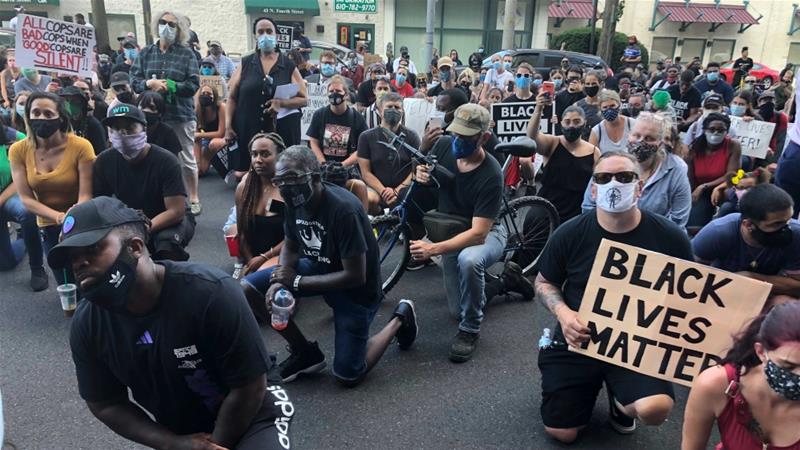 A Pennsylvania police officer was justified when he pressed his knee into an intoxicated man’s head while restraining him outside a hospital, a prosecutor said Friday after reviewing an incident that was caught on video and generated allegations of police brutality.

The officer and a second police officer used reasonable force to restrain the man, who was agitated, acting erratically and posing a danger to himself and others, Lehigh County District Attorney Jim Martin said.

“I have concluded that there is absolutely no evidence to support filing criminal charges against either of the Allentown police officers involved in this incident,” Martin said in a news release.

The officers will not face discipline, Police Chief Glenn Granitz Jr said in a separate statement.

“The individual stumbled into the street, and based on a duty of care, officers took action to remove the individual from danger and provide him with medical assistance,” he said. 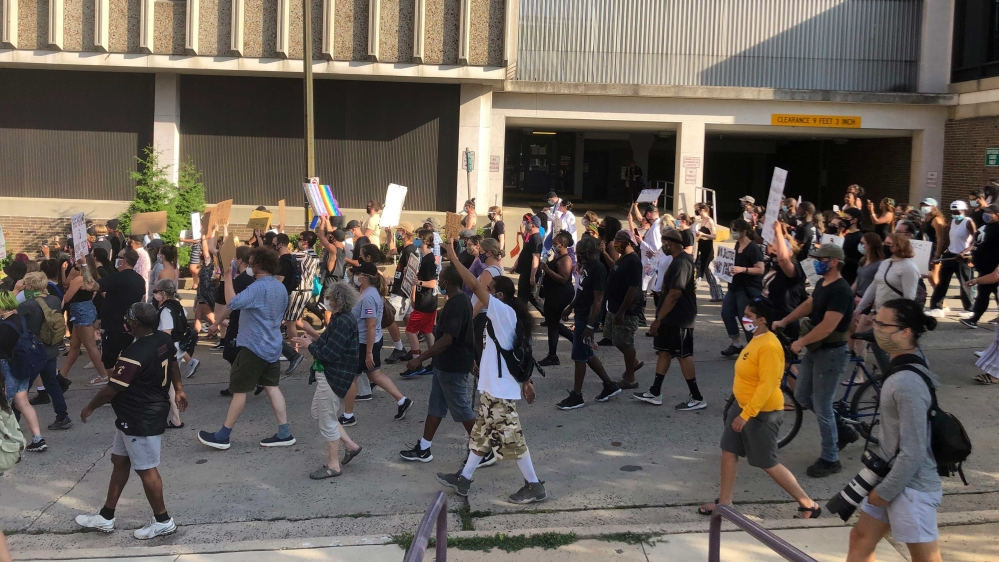 Surveillance video of the July 11 incident, released this week by Allentown police, showed the unnamed officer putting his knee on the man’s head and neck area twice while he was being restrained a few steps from the emergency room entrance – the first time for eight seconds, the second for 20 seconds.

Police identified the man as Edward Borrero Jr, 37, of Allentown. He was charged with possession of drug paraphernalia, public drunkenness and disorderly conduct. Borrero, who has yet to enter a plea, could not immediately be located for comment.

In the soundless, 9:38 surveillance video, the man can be seen staggering on the street and sidewalk, vomiting several times and stopping in the driveway of the ER of the Sacred Heart Campus of St Luke’s Hospital.

“Mr. Borrero began pointing aggressively toward a St Luke’s security officer who was walking toward him with a vomit bag,” Martin said. He said officers on the scene “concluded that his actions were aggressive and they determined that they needed to detain him for his own safety as well as for the safety of themselves and others, including medical personnel. They intended to place him into detention so that he could be taken into the hospital.”

Police approached Borrero and attempted to place him into handcuffs, and he appeared to resist, according to the video. One of the officers swept the man’s leg to bring him to the ground. Shortly after, the other officer put his knee on the man’s head and neck.

Activists against police brutality marched in downtown Allentown in the wake of the incident, demanding the officer be fired and face criminal charges and asserting that police violated their own policy against neck restraints.

But Martin said the officer put his knee on Borrero’s head, not his neck, “so as to safely, efficiently and effectively keep him from moving his body to avoid being handcuffed and placed into custody.”

He said the officer briefly put his knee back on Borrero’s head because Borrero was spitting at the officers.

Activists accused Martin of mischaracterising what happened, insisting the officer put his knee on the man’s neck.

“We’re pretty angry about his decision, but we’re not surprised because it’s not an election year and we didn’t expect him to side with the people of Allentown,” said Maegan Llerena of Make the Road Pennsylvania, an advocacy group. “At this point, he had no reason or motivation to stand by the people who are outraged by this.”

Coronavirus: Is China having a second wave? Is China on lockdown?