Zelensky issues warning to the EU

The country’s leader emerged uninjured after the car he was being driven in was in collision with a civilian vehicle, Kyiv said. His spokesman added that the accident occurred in capital and the president was examined by doctors travelling with him afterwards. 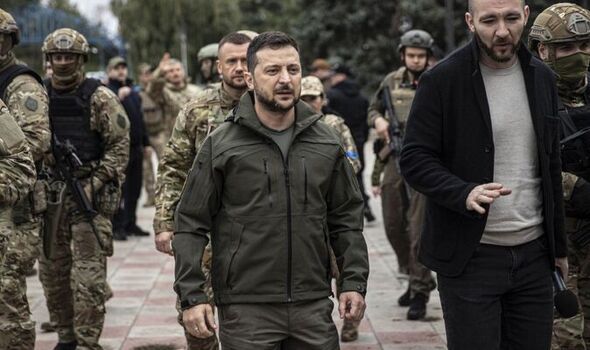 Spokesman Sergei Nikiforov said that the driver of the car was taken to hospital in an ambulance for treatment.

The circumstances of the accident are being investigated by law enforcement officers, he added.

“In Kyiv, a car collided with the car of the President of Ukraine and escort vehicles,” Mr Nikiforov said.

“The doctors accompanying the head of state provided the driver of the car with emergency assistance.

“The President was examined by a doctor, no serious injuries were found.

“Law enforcement officers will find out all the circumstances of the accident.”

Minutes after the statement was issued, President Zelensky made his nightly televised address to the nation, but did not mention the accident.

But the crash happened just hours after the invaded nation’s leader had visited troops in Izium, a former Russian-held town.

Ukrainian troops are continuing to claw back ground in the ongoing counteroffensive and Mr Zelensky said that they are ‘moving in only one direction- forward and towards victory.’

His troops have now reached the edge of the Donbas, which is Russian-held, as they continue to sweep eastwards.

2 newborns among 24 killed in attack on Afghan maternity hospital