President Volodymyr Zelenskyy asks his Belarusian counterpart to hand over 28 of the 33 Russians arrested last week. 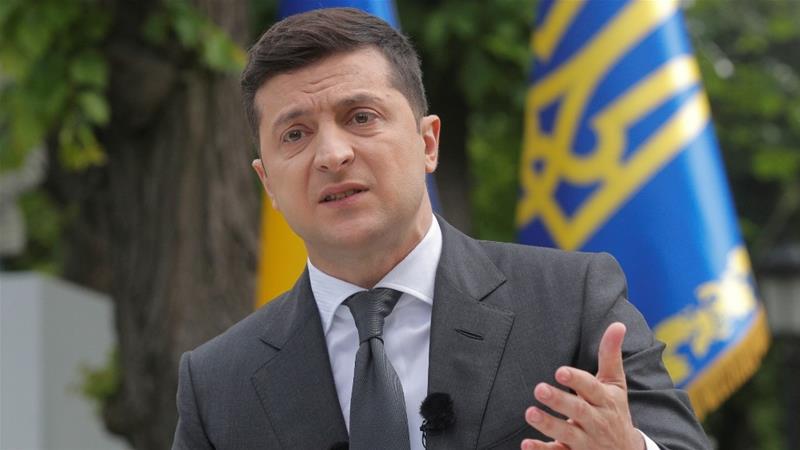 Ukraine’s president has asked the leader of Belarus to hand over some Russian mercenaries who were arrested on “terrorism” charges and who also are accused of fighting alongside Russia-backed separatists in eastern Ukraine.

“I hope that all those suspected in terrorist activities on Ukrainian territory will be handed over to us for prosecution in accordance with the existing international norms,” President Volodymyr Zelenskyy said, according to a readout of a phone call between Zelenskyy and Belarusian President Alexander Lukashenko released by the Ukrainian president’s office on Wednesday.

Belarusian authorities arrested 33 contractors for a private Russian security firm last week and accused them of plotting “terror attacks” in advance of the presidential election in Belarus this weekend.

Officials in Kyiv said on Friday that they would ask Belarus to transfer 28 of those arrested, nine of whom also have Ukrainian citizenship.

In Ukraine, the contractors would face a criminal probe on the charges of involvement in “a terrorist group” for fighting on the side of the rebels in eastern Ukraine, the Ukrainian Prosecutor General’s office said.

The government in Minsk claimed the arrested contractors worked for the Wagner Group – a private military firm linked to Yevgeny Prigozhin, a Russian businessman who was indicted in the United States for meddling in the 2016 US presidential election.

The allegations against the Russians represent an unprecedented escalation of tensions between Russia and neighbouring Belarus, traditionally close allies, as Lukashenko seeks a sixth term in Sunday’s election amid mass opposition rallies.

Epstein ‘driven to take own life by steroid withdrawal’