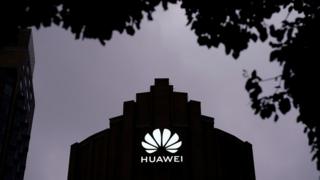 In diplomacy there are words and actions. Rhetoric can often be exchanged without skirmish becoming battle. But hard decisions with real consequences tend to produce tangible responses.

So it may be when Britain announces its much-anticipated plans to restrict further the involvement of the Chinese tech giant, Huawei, in the UK’s 5G mobile telecoms network. This is the moment when simmering Sino-British tensions may come to the boil.

Thus far China has made generic threats without being specific. The country’s ambassador in London, Liu Xiaoming, warned Britain it will have to “bear the consequences” if it treats China as a hostile country. .

Banning Huawei would, he said, damage Britain’s reputation as an open, trading nation. It would not be trusted to stick to its word. The world would know the UK had “succumbed to foreign pressure” – he meant the US – and no longer had an independent foreign policy.

But when pushed – both on Huawei and the UK’s decision to offer a pathway to citizenship for up to three million Hong Kong residents after China imposed draconian new national security laws – the ambassador declined to say how Beijing might respond. “Wait and see,” he said with a glint in his eye that was not altogether cheery.

A delayed response would not be unusual. China is well known for taking a long view in diplomacy. While many western politicians can hardly see beyond next week, China’s statesmen often see history in terms of decades, if not centuries.

Beijing knows the UK’s u-turn on Huawei is part of a broad reassessment of its relations with China that has yet to be concluded. A so-called “Integrated Review” of Britain’s foreign policy is under way, in which the rising power of China will play a central role.

As a result of the Covid-19 pandemic, the government is looking again at the exposure of the British economy to China, not just in terms of pharmaceutical or medical equipment, but also other sectoral supply chains. The government has already taken new powers to block the takeover of British firms by Chinese corporations, and there is further legislation in the pipeline in the form of the National Security & Investment Bill.

Urging the government on at every stage is a parliament pushing for a tougher line on China. There is a profusion of new ginger groups on the Tory benches – the China Research Group, the Huawei Interest Group, the Inter-Parliamentary Alliance on China. Labour too are lobbying hard, with the Shadow Foreign Secretary, Lisa Nandy, calling for curbs on China’s investment in critical national infrastructure, such as nuclear power. The Lib Dems want the UK to offer settlement rights to all Hong Kongers, not just those with British passports.

So Britain’s policy response to China is in flux. Beijing may wait to see how it settles before deciding what price the UK should pay for its new-found assertiveness.

Beijing is also fighting fires on many fronts. Its long-running confrontation with the United States shows no sign of ending. Anti-Chinese sentiment is still a running theme of the US presidential elections. The US is imposing sanctions on senior Communist party leaders involved in abuses on Uighur and other ethnic minorities in Xinjiang province. China’s foreign minister, Wang Yi, talks of “the most serious challenges in 40 years of relations” but notably also speaks of the need for reconciliation.

There is China’s stand-off with Australia which began when Canberra called for an international investigation into Beijing’s handling of the coronavirus pandemic. This provoked a Chinese ban on some Australian beef and barley imports. Canberra is now relaxing its immigration rules for people who want to leave Hong Kong, while suspending its extradition law with the former British colony. Australia has also decided to boost its defence spending by 40% to counter what some see as the growing threat from China in the Indo-Pacific.

New Zealand, too, is reviewing its relationship with Hong Kong as a result of the new security laws, including its extradition arrangements and travel advice.

China’s relations with Canada remain in the deep freeze, again over Huawei. In December 2018, the Canadian authorities arrested Meng Wanzhou, the company’s chief financial officer, at the request of United States over allegations she had breached US sanctions on Iran. Within weeks two Canadians were arrested in China and held in what has been described as “hostage diplomacy”. Canada is restricting military exports to Hong Kong over the new security laws and has also suspended its extradition treaty.

As if all that were not enough global diplomacy sitting on Beijing’s desk, one should not forget the first serious border clash between China and India for decades. And of course there are the continuing tensions with countries around the South China Sea as China expands its military presence in the region.

The point is that China’s Huawei difficulties with the UK are not isolated, they are part of a list of global confrontations that Beijing is facing.

At some point, of course, China may well make good on some of its threats against Britain. There are many options. Beijing could make it even harder for British firms to operate in Chinese markets. It could impose sanctions in specific goods. It could restrict – or even reverse – Chinese investment coming into the UK. It could reduce the number of Chinese students and pupils in Britain, upending the finances of universities and public schools that have grown too reliant on foreign fees.

How hard China pushes back may depend on specific decisions such as whether it wishes to make an example of the UK over Hong Kong and Huawei “pour encourager les autres”. It knows that it has the potential to punish the UK severely at a time when London will need as much trade and investment it can get its hands on in the post-Covid-19 economic downturn.

Or there may be a wider strategic consideration. How much does China really want confrontation across the board? It is one thing to be more assertive overseas to encourage nationalistic sentiment at home. It is quite another to enter an era of prolonged, low level tension with the West with a constant risk of escalation at a time of huge economic uncertainty.

The danger for China is that its aggression acts as a catalyst to unite countries against it. Where once Beijing could pick countries off one by one, it might be more constrained if the so-called Five Eyes group of nations – the US, UK, Australia, Canada and New Zealand – joined forces with other democracies – such as India, South Korea, Japan – and other nations – such as Vietnam or Malaysia – to push back against China. Last Thursday foreign ministers from the Five Eyes network discussed what further action they could take over Hong Kong. The so-called ‘quad’ of Australia, India, Japan and the US – are beefing up their defence cooperation..

There is talk of a new so-called D10 group of nations – the G7 plus Australia, South Korea and India – to generate non-Chinese technology.

The big strategic decision for many countries in the 21st Century is how to get the right balance in their relationship with China between engagement and independence, between defending their values and protecting their economic and security interests. And while China is engaged in diplomatic skirmishes across the globe, the big decision for the People’s Republic is how hard it wants to fight.