The south east and east including London, Kent, Essex, Sussex, Cambridgeshire, Norfolk and Suffolk are blanketed under this alert which will remain in place until at least Friday, July 15. The forecaster says there is a 90 percent probability of the heat health criteria being met this week, bringing “increased confidence” of a heatwave that will last until the middle of July. This amber alert is triggered when the Met Office expects temperature thresholds to be met or exceeded for one day, the following night, and into the next day. It says this stage requires social and healthcare services to target high risk groups, particularly those who may be adversely affected by the heat.

It’s just one below a national emergency, which would constitute a red alert and may be reached when a heatwave is so severe or prolonged that its effects extend outside the health and social care system.

At this level, illness and death may occur among the fit and healthy, and not just in high-risk groups, the Met Office says.

While there is no indication of such an alert being put in place, there is no known temperature threshold given for when this additional alert would be implemented.

Temperatures are expected to reach the low 30s this week but interactive maps from WX Charts are showing the mercury could skyrocket to the mid 30s by early next week. 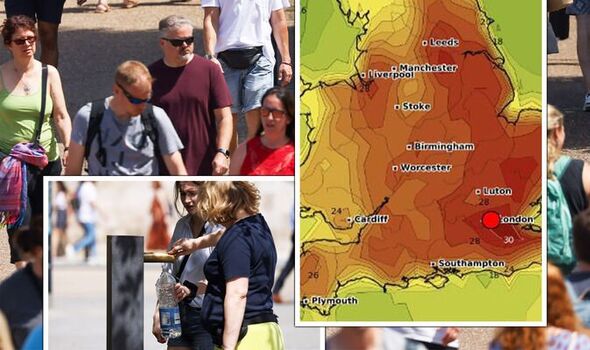 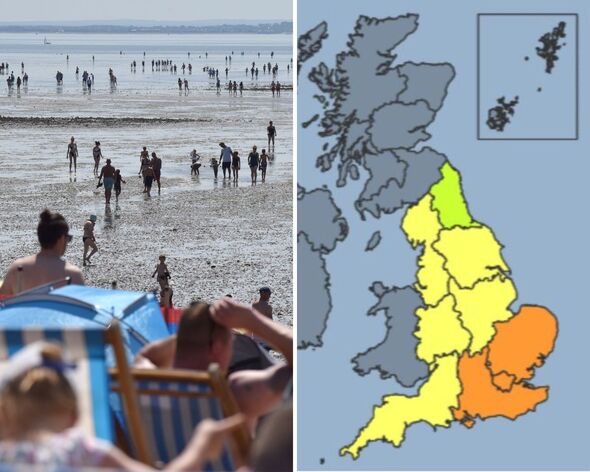 Met Office deputy chief meteorologist David Oliver said this is something not being ruled out by the top forecaster.

But the alert is being kept under constant review, and may be axed if temperatures take a temporary dip at the end of this week.

“Temperatures are likely to stay close to the threshold through Wednesday, especially in southern areas.” 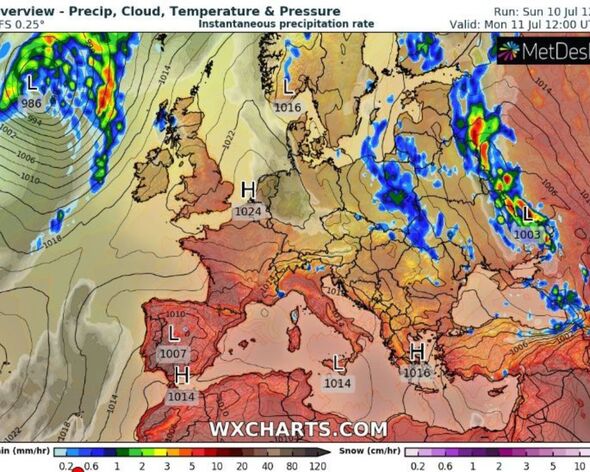 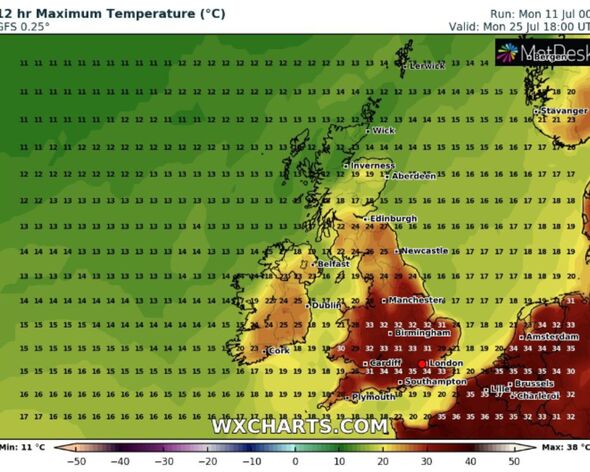 The alert has now prompted an urgent message for people to look out for their vulnerable neighbours, family and friends.

It also urges people to keep blinds and curtains shut to stop the heat baking bedrooms and living spaces.

“Drink plenty of fluids and avoid excess alcohol, dress appropriately for the weather and slow down when it is hot,” the alert added.

Deputy Chief Meteorologist David Oliver said: “Weather forecast models are run hundreds of times to determine the most likely weather outcome. There are some runs, or solutions, that allow more extreme temperatures to develop into next weekend. 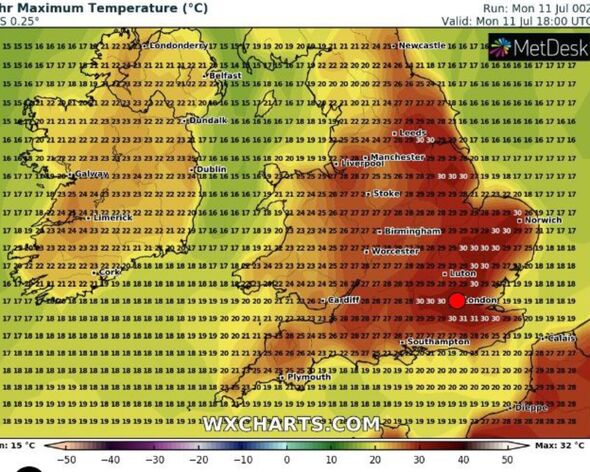 “This is something we are monitoring closely and which will add more detail over the coming days.”

Dr Agostinho Sousa, Head of Extreme Events and Health Protection at UKHSA, added: “We want everyone to enjoy the hot weather when it arrives, but also to check in on their vulnerable family, friends and neighbours to make sure they are prepared for the warm conditions ahead.

“High temperatures are predicted for a prolonged period, so make sure to follow our simple health advice to beat the heat, such as covering windows exposed to direct sunlight and making sure that fridges, freezers and fans are working properly.”

China’s ‘King of Vaccines,’ a partner to AstraZeneca, is plagued by scandal.