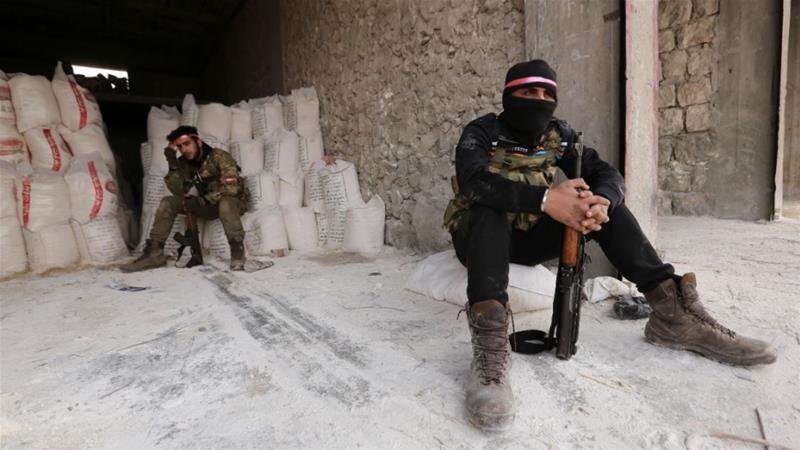 Turkey’s defence minister says there have been no violations of a ceasefire deal in Syria’s war-battered Idlib province, where residents and opposition forces described a lull in air raids that have pounded the country’s last rebel-held enclave.

Russia and Turkey struck the agreement on Thursday evening, after six hours of talks in Moscow, to contain a conflict that has displaced nearly a million people in three months in northwest Syria.

“We will continue to be a deterrent force to prevent any violation to the ceasefire. None occurred since ceasefire entered into force,” Turkish Defence Minister Hulusi Akar said on Saturday.

He added that Ankara would use self-defence rights if its forces or bases in the region were to come under attack.

The deal reached in Moscow during talks between Turkish President Recep Tayyip Erdogan and his Russian counterpart, Vladimir Putin, also establishes a security corridor on each side of Idlib’s key east-west M4 highway, along which joint Russian-Turkish patrols will begin on March 15.

The corridor stretches 6km (3.7 miles) to the north and 6km to the south of the M4 – effectively advancing Russia’s presence further north into Idlib.

Akar on Saturday said Turkey had started to work on the procedures and principles of the safety corridor around the strategic road, adding that a Russian military delegation will visit Ankara next week to discuss steps to take.

Meanwhile, residents and fighters in the region on Friday said the main frontlines – which have seen heavy air raids by Russian and Syrian jets, and intense Turkish artillery and drone strikes on al-Assad’s forces – were quiet hours after the ceasefire came into effect at midnight.

There was only sporadic fire from machine guns, mortars and artillery by Syrian government forces and Iranian militias on some frontlines in the south of Idlib and also in the adjacent Aleppo province, they said.

“In the first hours, we are witnessing a very tense calm from all warring parties,” said Ibrahim al-Idlibi, an opposition figure in touch with rebel groups on the ground.

“Everyone is aware that violations by any side would be met with a response. But this a very fragile truce.”

Mohammed al-Ali, an activist from Idlib, told Al Jazeera the ceasefire was violated overnight by the Syrian government forces shortly after it went into effect.

“The Joreen military camp belonging to the regime targeted with artillery shelling the town of Zyara in Idlib’s countryside,” he said, speaking from the town of Salqeen.

“From Maarat al-Numan in the south, regime forces targeted the outskirts of al-Bara in the Jabal al-Zawiya area. And in Saraqeb, the regime targeted Sarmin with artillery. There has been no aerial bombardment so far but the situation is very tense, with all sides wary of how long the ceasefire will last.”

Ahmad Qaddour, a 29-year-old who lives in a displacement camp with his wife and two children, said he had learned to always expect the worst.

“We do not have any confidence in the regime and Russia regarding this ceasefire,” he said.

Several previous deals to end the fighting in Idlib have collapsed. Analysts and residents said they feared the latest ceasefire would also fizzle out as it did not address the humanitarian crisis or air protection in any detail.

“This deal isn’t designed to last. Rather, it is designed to fail, and I am afraid, in the not-too-distant future,” said Galip Dalay, IPC-Mercator fellow at the German Institute for International and Security Affairs.

“Any ceasefire arrangement in Idlib, unless it has a no-fly zone dimension, is bound to fail. Deals in the past never de-escalated. They merely froze the crisis until the next escalation.”

The latest Russia-backed offensive in Idlib by al-Assad’s forces sparked what the United Nations says may be the worst humanitarian crisis yet in a war that has driven millions from their homes and killed hundreds of thousands.

Russia had repeatedly played down any talk of a refugee crisis and accused Turkey of violating international law by pouring troops and equipment into Idlib since early last month.

About 60 Turkish troops have been killed in that time.

Turkey, which has the second-largest army in the transatlantic NATO alliance, has tried to resist the Syrian government advance and prevent a wave of refugees from entering its southern border. It already hosts 3.6 million Syrian refugees.