As the November 3 Election Day draws nearer, both President Trump and Joe Biden have been ramping up their campaigns. Trump has relaunched his rallies, to much criticism from experts due to the ongoing coronavirus pandemic, to galvanise support.

Wednesday saw the president visit a shipyard worker in Wisconsin for his latest campaign appearance.

At the shipyard, he slammed the Democrats as harder to work with than China, Russia and North Korea.

He quoted a friend who asked him: “‘So which is the toughest nation to deal with? Is it China? Is it possibly Russia? Or is it maybe North Korea?’

“I said, ‘No, the toughest nation to deal with are the Democrats in the USA.'” 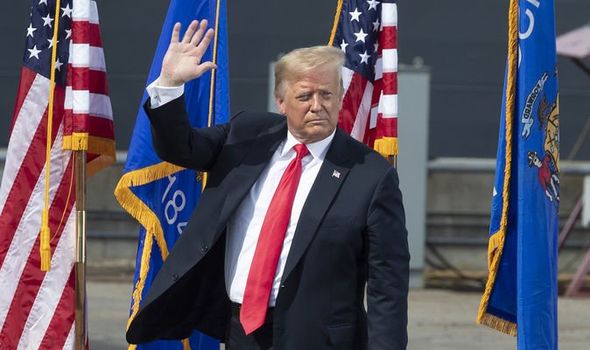 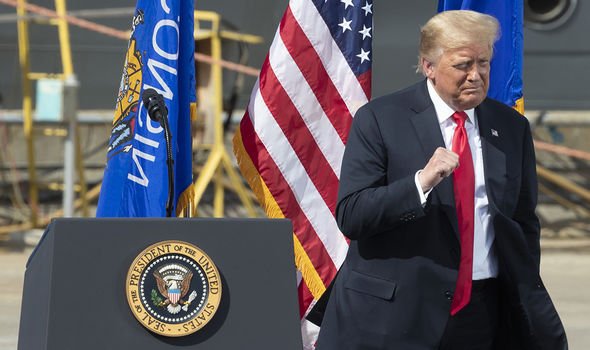 Trump then went on to partially defend the authoritarian leaders of the foreign countries.

He said: “The Democrats in the USA are much tougher to deal with than any of these people that we deal with.

He issued the remarks to big cheers from the crowd. 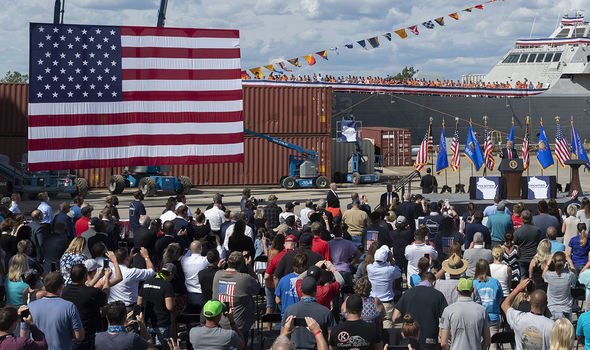 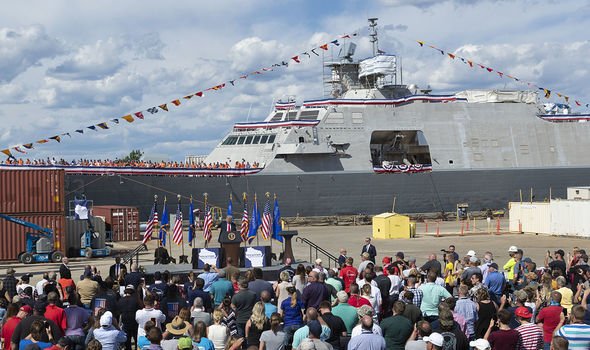 His appearance in Wisconsin was also to tape a Fox News broadcasted town hall in Green Bay, as well as touring a Marienette shipyard.

He visited and spoke at the Fincantieri Marinette Marine facility that earlier this year won the first part of a $5 billion US Navy contract to start building as many as 10 missile frigate ships.

The Marinette-based company says it will eventually hire 1,000 more workers.

Brown County, Wisconsin, has been issued a “high” coronavirus activity level by the state’s health department. 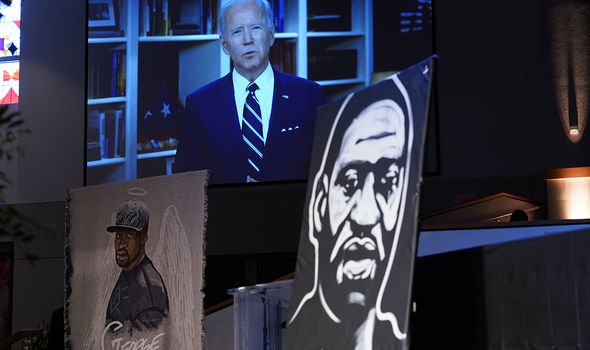 It is a key swing state, where Trump narrowly saw victory in 2016.

Trump unexpectedly won the state by 0.77 percent, with 47.22 percent of the total votes.

Battleground states are an absolute priority for the Trump campaign, with the president setting up rallies in a majority of them 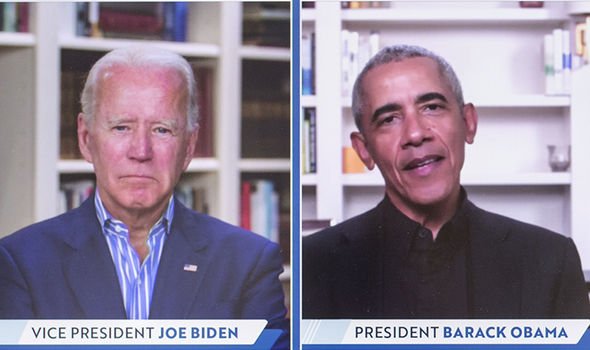 In other signs of the importance of the state in the election, Vice President Mike Pence visited Waukesha County, a Republican stronghold, on Tuesday to discuss school choice, religious faith and other issues with supporters.

On the Democratic side, Jill Biden will hold a virtual campaign event for her husband in Milwaukee on Friday with California Senator Kamala Harris.

Biden has not been making appearances at large events due to his advanced age and the ongoing coronavirus pandemic, but is holding virtual fundraisers with former president Barack Obama.

The pair held a fundraiser on Wednesday, where they raised more than $11 million, and warned the Democrats about being “complacent or smug” about the November 3 election.