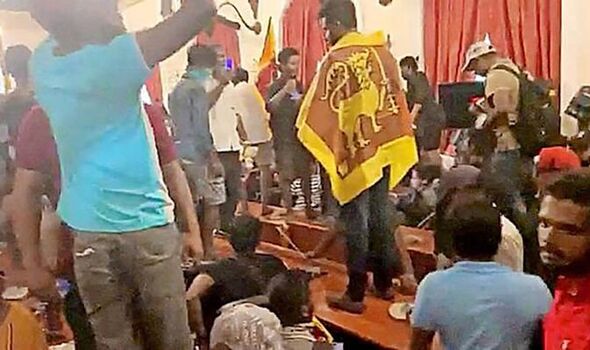 After months of growing fury over a cost-of-living crisis, the protesters breached the security perimeter of the well-fortified house in the capital Colombo, calling for President Gotabaya Rajapaksa to go. Hundreds of protesters ran into the residence, chanting “Gota go home”, calling the president by his nickname.

Outside the building, barricades were overturned as police failed to contain the surge.

The President has agreed to resign on Wednesday and the Prime Minister said he would also step down – when a government of national unity was in place.

‘Could be felt far beyond Ukraine!’ Zaporizhzhia nuclear disaster ‘imminent’ amid fighting