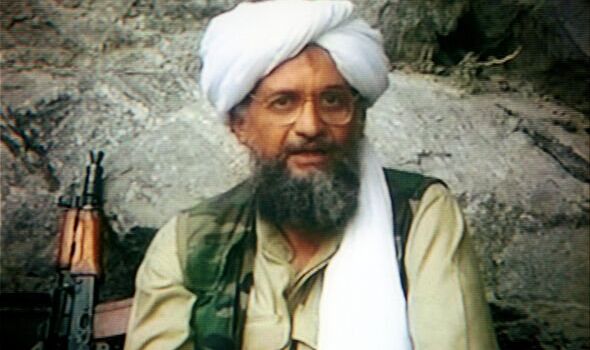 The collapse of Isis in the Middle East has led to locally focused Islamist terror factions operating in different conflicts.

By contrast, Isis leaders have called on fanatics to carry out low-capability attacks with knives or vehicles.

Veteran militant Saif al-Adel, 62, a former Egyptian colonel, is expected to be the new leader of Al-Qaeda. But this succession plan has problems.

He is believed to be in Iran where he will struggle to direct the terror group effectively.

Charles Lister, from the Syria and Countering Terrorism & Extremism programmes at the Middle East Institute, said: “Over the past decade, at least three Al-Qaeda affiliates are known to have questioned the credibility of instructions from al-Adel given his location.”

“So were he to become Al-Qaeda’s general commander, affiliates would almost certainly begin asserting their own organisational independence even more than they do already.”

“For Al-Qaeda’s desire to operate as a global organisation, it could sound its death knell.”

But Mr Lister warned the new leader of Al-Qaeda “may want to come out swinging”.