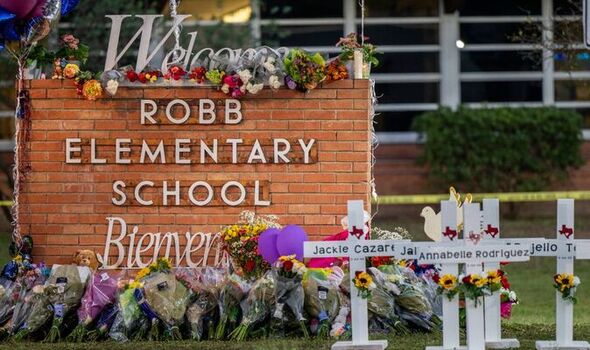 The shooting began to unfold at 11.30 am on Tuesday when Salvador Ramos stormed into Robb Elementary School in Uvalde armed with a handgun and a semi-automatic assault rifle that he legally purchased shortly after his 18th birthday.

Ramos locked himself in a classroom where he stayed for up to an hour until police eventually broke into the room and shot the gunman dead, Texas officials revealed.

Amerie Jo Garza, a ten-year-old girl who was inside the classroom attempted to call 911 for help but was killed before she could be connected to the police.

Her grandmother Berlinda Irene Arreola said the gunman told the children, “You are going to die,” before firing.

“She died a hero trying to get help for her and her fellow classmates”, she said.

Lieutenant Chris Olivarez, from the Texas Department of Public Safety, said Ramos “barricaded himself by locking the door and just started shooting children and teachers that were inside that classroom”.

Olivarez confirmed all victims were from the same classroom.

“Just goes to show you the complete evil from this shooter,” he added.

Among the confirmed victims were 19 pupils aged between eight to 11 and two teachers.

Another 15 children and four adults were wounded in the attack, hospital officials said.

Uvalde is a small town of 16,000 people in Texas, with the Mexican border just 54 miles away and a largely Hispanic population.

The massacre is the worst school shooting in the United States since the Sandy Hook slaughter in Connecticut in 2012, which left 26 teenagers dead.

Christchurch double fatal crash: Funds raised for man who never made it out alive