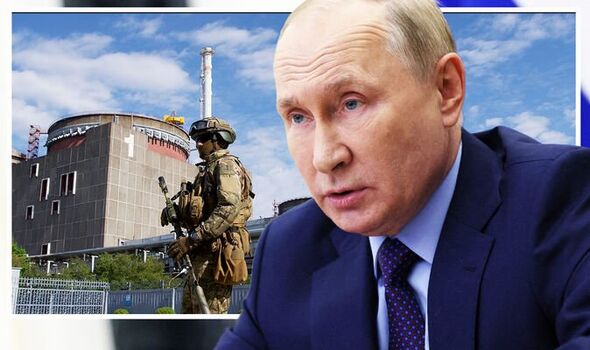 A Ukrainian soldier has given a damning assessment of the state of Vladimir Putin’s war machine as he warns the tyrant’s soldiers are less brave and increasingly less well-equipped. David, a 24-year-old history graduate who is working with an Ukrainian artillery unit, told the Telegraph: “The Russians are not like the Russians we were fighting on February 24. They’re not as brave”.

He added that firing would often stop from the Russian lines within two days of any report that said one of their ammunition depots had been destroyed, suggesting they were able to “gather enough somehow keep firing for two days, then they run out”. His comments come shortly after Putin was humiliated when more Russians fled the country to avoid being drafted into the army than the number that signed up, while the tyrant is already losing his grip on the regions of Ukraine he claims to have annexed.

Vladimir Putin suffered a major blow to his war efforts after parts of The Kerch Strait Bridge collapsed, according to reports.

The bridge was built in 2018 and designed to link Crimea into Russia’s transport network.

It is a vital supply route for Russia’s southern army in Ukraine, which has been coming under increasing pressure from a Ukrainian counteroffensive in recent weeks.