Kremlin propagandist Vladimir Solovyov was confronted with the devastating reality for the Russian military in Ukraine during a state TV show. State Duma Defense Committee’s head and former army general Andrey Kartapolov said Russia had run out of enough munitions to fight the war on all fronts. Following the honest assessment, the mouthpiece of Vladimir Putin was left asking: “How are we supposed to win?”

The tense exchange is the latest sign of cracks within the Kremlin’s inner circle, as President Putin comes under unprecedented pressure from his own allies.

During the tense exchange, Mr Solovyov raged at reports that new conscripts “don’t have enough uniforms and the training grounds aren’t even ready”.

He pressed Mr Kartapolov why the conscripts were being asked to buy their own helmets and armour, asking: Where is everything?”

Mr Kartapolov agreed with the TV host and said “the lying” at the top of the military “has to stop”. 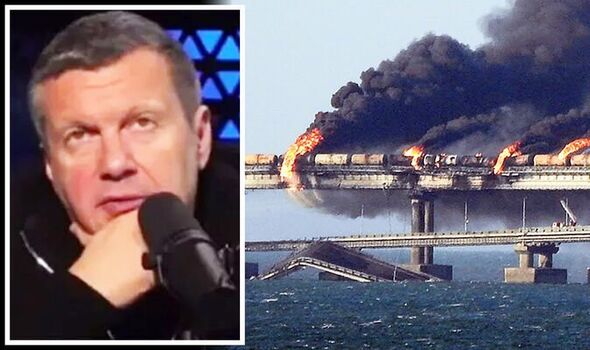 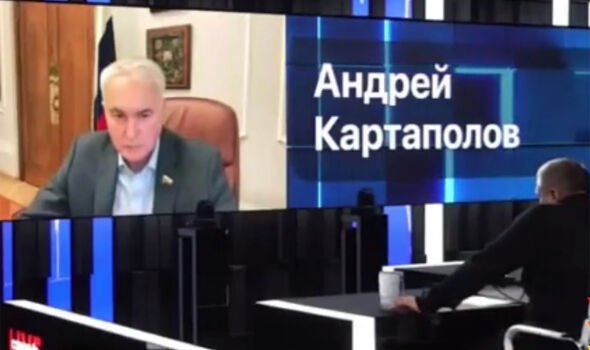 He continued: “We can call up any number we want, but that is not the point.

“What’s more important is to be able to supply and equip the people who are called up.”

Mr Solovyov asked: “Why can’t we trash the infrastructure of the Nazi Ukraine? So trains aren’t running, and there is no electricity.”

The former Russian general responded: “There aren’t enough munitions today in order to complete all tasks.

“So the most important tasks are prioritised according to the defence ministry.” 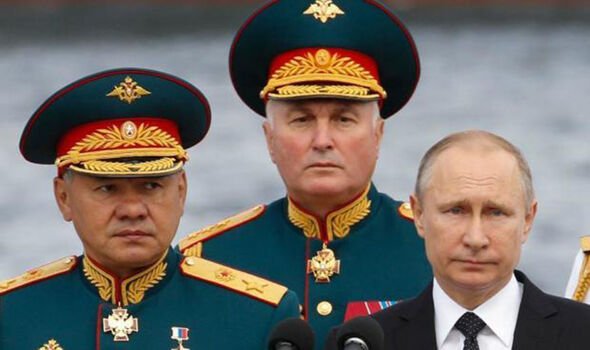 When Mr Solovyov asks how Russia can still expect to win the war, Mr Kartapolov said Russians needed to fight like their grandparents in World War Two.

Julia Davis, a columnist for the Daily Beast, tweeted the exchange, adding: “State Duma Defense Committee’s head Andrey Kartapolov told a disappointed propagandist Vladimir Solovyov that aside from not having enough uniforms and equipment for its forces, Russia may not have enough munitions to destroy all of Ukraine’s infrastructure.”

BBC reporter Shayan Sardarizadeh responded: “There’s a special joy in seeing a man, who a few months ago boasted about destroying Ukraine in a matter of weeks, now wondering why his nation’s forces can’t get basic equipment or hold on to a village.”

Former US ambassador to Russia Michael McFaul tweeted: “Wow. No better evidence that Russia is losing its war in Ukraine than this.” 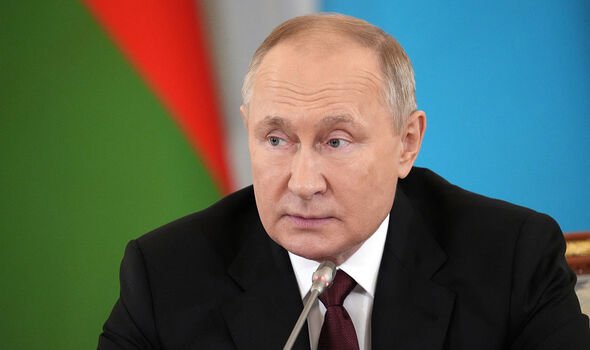 John Chipman, the director of the International Institute for Strategic Studies (IISS), noted that “recriminations are mounting up in Russia on the failing war”.

He added: “This will turn into quite an internal struggle in Russia.”

Mr Kartapolov also admitted that all border villages of the Belgorod region within Russia “are practically destroyed”.

This comes as Russia’s forces suffer setback after setback.

Ukraine’s President Volodymyr Zelensky claimed his forces have retaken more than 500sq km of territory and dozens of settlements in the southern Kherson region since Saturday.