Kremlin-controlled media network Russia One has exposed the panic among Moscow’s pundits after the Ukrainian Armed Forces launched a counter-offensive against invading troops. The advances of Kyiv’s soldiers were described as “troubling” by notorious Russian presenter and political commentator Olga Skabeeva. Russian media sources reported that Kyiv had made use of Ukrainian troops trained in Britain to gain the upper hand as they close in on Kremlin-occupied regions in the east and south of the country.

“As a result of difficult battles, there is information that Russian units have left Balakliya.

“Fighters of the National Guard left the area. They have left the city in an organised manner via the corridor on the outskirts in the east.

“For its advancement in the direction of Kharkiv, Ukraine’s armed forces used the units that have been trained in Britain.”

She added: “The news is troubling, the information is inconsistent.” 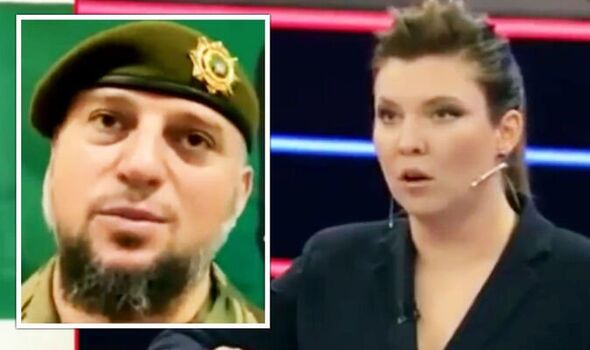 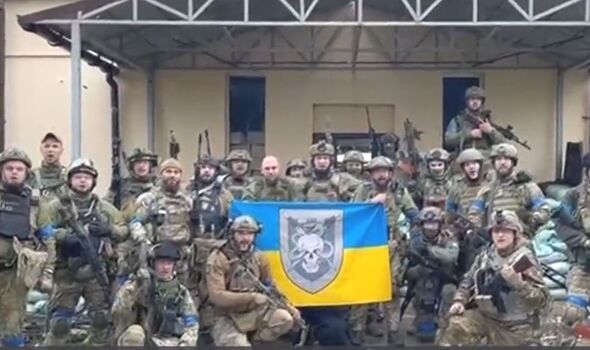 The Ukrainian Ministry of Defence reported that the Kharkiv city of Balakliya had been liberated from Russian control last week.

President Zelenksy later confirmed the advancement of Ukrainian forces, adding his thanks to the troops who had “returned full control to the city.”

Training of Ukrainian soldiers began in England in June with a course intended to provide troops with the level of military skill needed to continue the fight against Russia.

The UK Ministry of Defence has revealed more than 4,700 Ukrainian soldiers have already completed the training plan, with the scheme prepared to train up a total of 10,000 Ukrainians. 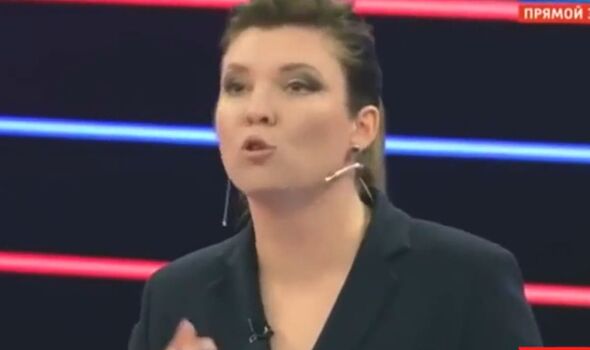 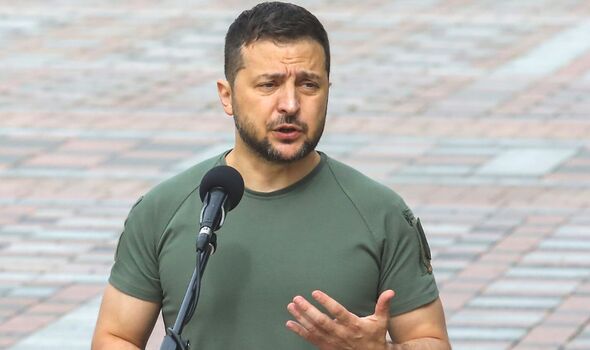 Speaking to Chechen General Apti Alaudinov, Ms Skabeeva asked: “What is going on in Balakliya, what do you know?”

The military leader was quick to dismiss her concerns as he replied: “Honestly, I had no idea that Balaklyia was the capital of Russia, or that Kupyansk was turned into Russia’s capital.”

“Who knows what they’re celebrating over there.

President Zelensky declared on Sunday that Kupyansk, another city in Kharkiv, had also been freed from Russian control. 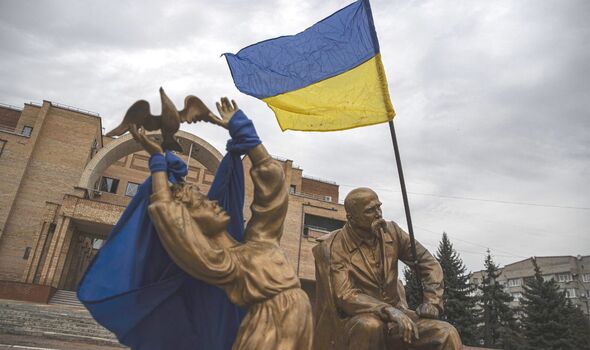 Ukrainian authorities have reported that more than 30 cities and other settlements in the Kharkiv region have been rid of Russian occupiers, with the overall counter-offensive mission reclaiming some 2,000 kilometres of land.

Amid the panic sparked by the advancement of Ukrainian forces, there have been reports of Russian units abandoning weapons and military vehicles as they flee towards the east.

Despite General Alaudinov’s dismissal of Russian concerns, intelligence reports suggest the Kremlin’s army is struggling to hold ground due to a crisis of rapidly depleting military equipment and personnel.

Following a high number of casualties among some of Russia’s most capable military forces, the UK Ministry of Defence has declared it will take Moscow “years” to rebuild the military strength it held prior to the invasion of Ukraine.