Last Monday, Ukraine’s army confirmed that it had launched its counterattack to reclaim southern territories.

In its latest bulletin, the MOD said that Ukraine’s army was advancing on a broad front west of the Dnipro River.

While acknowledging Ukraine’s military operation had limited “immediate objectives’, the UK intelligence analysts said it had likely achieved a “degree of tactical surprise”.

They wrote: “Since 29 August 2022, the Ukrainian Armed Forces have been conducting renewed offensive operations in the south of Ukraine.

“One element of this offensive is an ongoing advance on a broad front west of the Dnipro River, focusing on three axes within Russian-occupied Kherson Oblast.

“The operation has limited immediate objectives, but Ukraine’s forces have likely achieved a degree of tactical surprise; exploiting poor logistics, administration and leadership in the Russian armed forces.

“With fighting also continuing in the Donbas and Kharkiv sectors, a key decision for Russian commanders in coming days will be where to commit any operational reserve force they can generate.” 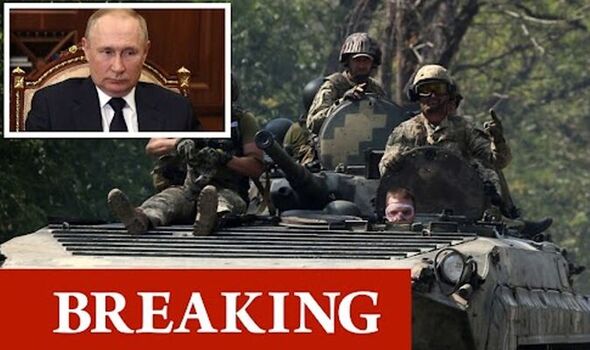