US Speaker Nancy Pelosi landed in Taipei for a whistle-stop visit on Tuesday, sparking soaring tensions between Washington and Beijing. Ms Pelosi’s visit was the most high-profile trip to Taiwan from a US diplomat in 25 years, and China ominously warned the US they would “pay the price” for the move.

During her brief stint in Taipei, Ms Pelosi reiterated Washington’s “unwavering support” for Taiwan’s democratically-elected government, adding: “Our delegation came to Taiwan to make unequivocally clear that we will not abandon Taiwan.

“Now, more than ever, America’s solidarity with Taiwan is crucial, and that’s the message we are bringing here today.”

But Russia was quick to side with an irate Beijing over the visit as Moscow continues its pattern of courting closer relationships with China. 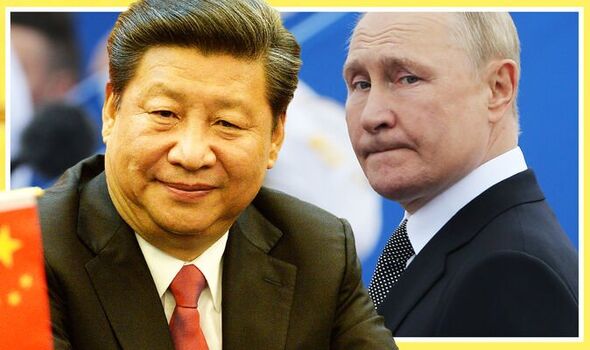 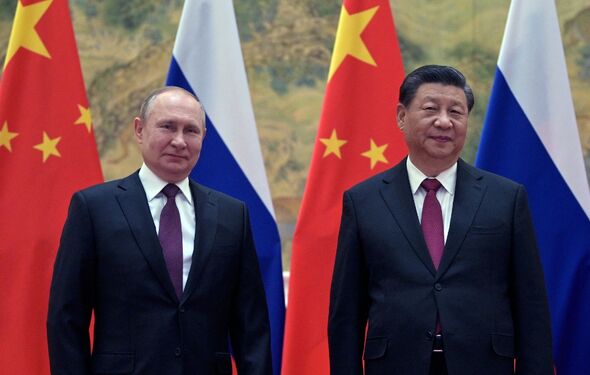 Lavrov said Ms Pelosi’s trip, which was not officially backed by the White House, showed the US believes it can “do whatever it wants with impunity”.

He then compared Washington’s support for Taipei to their backing of Kyiv in the ongoing Russian invasion of Ukraine.

He said: “It reflects the line we have been talking about in relation to the Ukrainian situation.

“This is an ambition to prove to everyone their impunity and to show their entitlement: I can do whatever I want.” 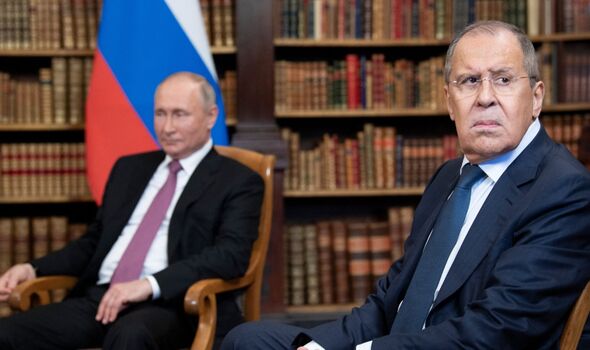 He added: “I see no other reason to create such an annoyance almost out of the blue, knowing very well what it means for the People’s Republic of China.”

But Rana Mitter, Professor of the History and Politics of Modern China at the University of Oxford, suggested that China will be more reserved in its support than Moscow has been of Beijing.

Professor Mitter predicted that the Russian invasion of Ukraine will be weighing on Xi Jinping’s mind as China looks to dodge the fallout of the war.

China has been careful to maintain a diplomatic distance from the Russian invasion of Ukraine, but has condemned sanctions against Moscow and has not explicitly criticised the invasion.

DON’T MISS:
China vs Taiwan MAPPED: Was Taiwan ever part of China? [MAP]
Ukraine LIVE: ‘Changed into civilian clothes!’ desperate soldiers flee [LIVE]
POLL: Should the US back down in Taiwan after China’s warning? [VOTE] 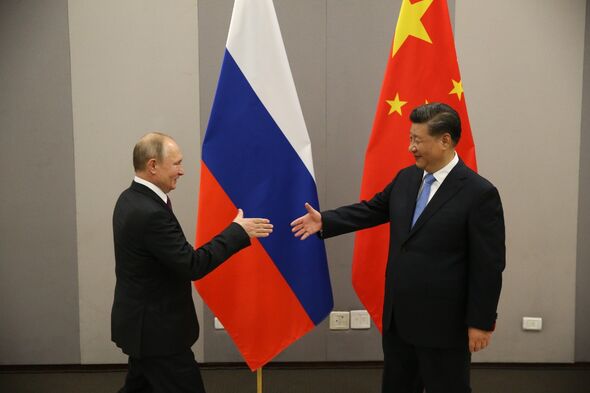 Just before the Kremlin gave the invasion order, Putin and Xi declared a “no limits” friendship between the two nations in February.

But Professor Mitter told Express.co.uk: “China will support Russia by tactics such as buying its oil and gas, as the two countries both feel deep resentment at the US.

“However, China is cautious in its support – it did not support Russia’s invasion at the UN, and even now, is worried that too close a link to Russia might lead to sanctions extending to China too.”

Ahead of Ms Pelosi’s departure from Kuala Lumpur to Taipei, the Kremlin denounced the planned trip as “purely provocative”.

Kremlin spokesperson Dmitry Peskov told a press conference: “We cannot say for sure right now whether she will or will not get there, but everything about this tour and the possible visit to Taiwan is purely provocative.”

She said: “The USA is a state provocateur.”

She added: “Russia confirms the principle of “one China” and opposes the independence of the island in any form.”

Zakharova then added to her speech on messaging app Telegram, saying: “Washington is bringing destabilisation to the world.

“Not a single settled conflict in recent decades, but many provoked ones.”

Harry and William’s ‘unbreakable tie will bring them back together’, says expert