Vladimir Putin has struck back against Ukraine after the Kerch Bridge connecting Russia and Crimea was destroyed in an explosion in the early hours of Saturday morning. While Ukrainian authorities have not claimed responsibility for the attack, Kyiv has celebrated the incident which compromised a key supply route for the Russian military service. In a bid to prove their military power, a humiliated Russia launched a string of fatal missile attacks on the city of Zaporizhzhia throughout the night into Sunday, targeting blocks of residential flats packed with civilians.

Oleksandr Starukh, the Ukrainian Governor of the Zaporizhzhia region, reported 12 Russian missiles had struck the city.

At least 12 people have been killed in the attack, with an additional 49 people hospitalised for their injuries.

The strikes reportedly began around two in the morning, local time, meaning many residents were at home and asleep as the flats came under attack. 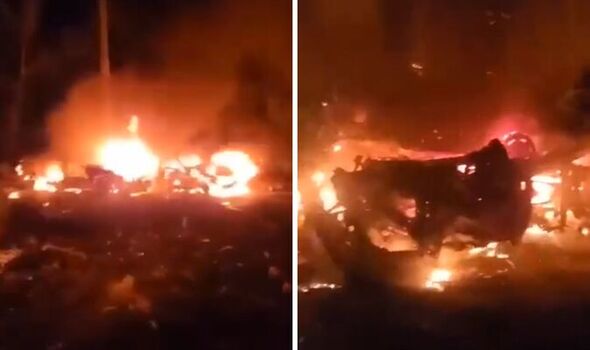 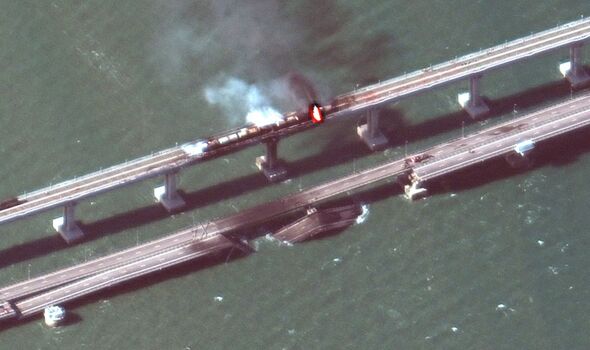 Writing on Telegram, Starukh said: “Rescue workers, doctors and all relevant series are working on the tragedy in the city.”

He added: “There may be people under the rubble. A rescue operation is underway at the scene.

“Eight people have already been rescued. The victims are provided with the necessary assistance.”

He reported most of the rockets had targeted high-rise residential blocks, causing substantial damage to civilian homes. He added that 20 cars parked close to the buildings had also been damaged. 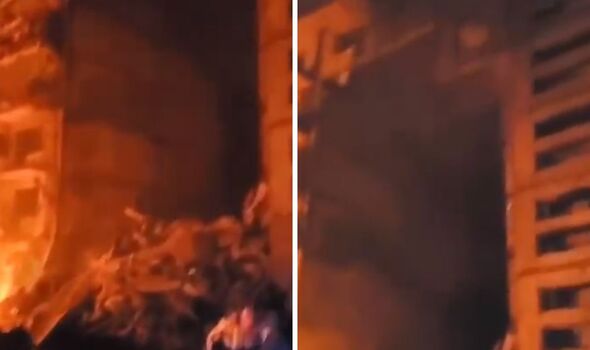 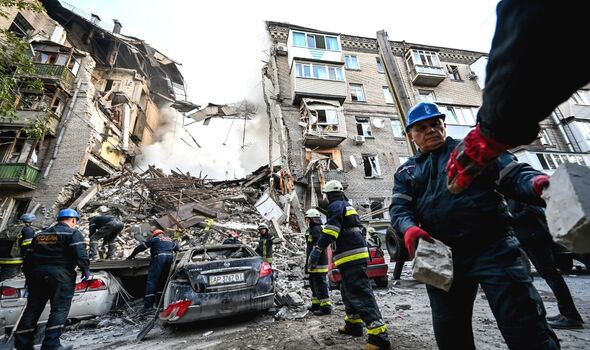 Following updates from the city Governor, secretary of the City Council Anatoliy Kurtev reported the death toll had risen to 17. Advisor to the Ukrainian government Anton Gerashchenko also reported 17 had been killed in the strikes.

Writing on Twitter, Gerashchenko said: “The Russians are not able to respond on the battlefield and therefore hit the cities in the rear.”

The city lies 80 miles from the Zaporizhzhia nuclear plant, a site controlled by Russian forces, yet the plant remains operational thanks to Ukrainian staff who continue to carry out maintenance responsibilities.

The region has previously been subject to heavy missile strikes, although both Russia and Ukraine have blamed one another for attempting to weaponise the nuclear plant by purposefully damaging the infrastructure. 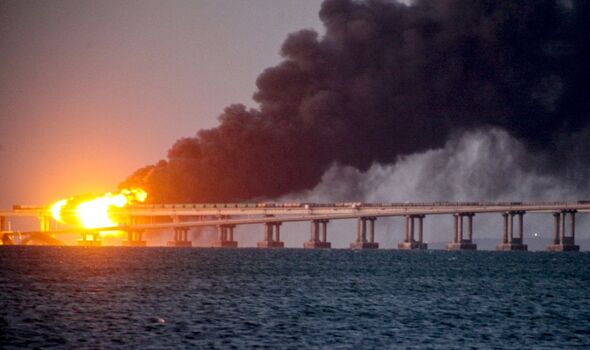 The strikes in Zaporizhzhia follow a devastating attack on the Kerch Bridge, connecting Russia and Crimea, which was annexed by the Kremlin in 2014.

Russian investigative authorities have reported the blast was from a “cargo vehicle” travelling along the motorway section of the bridge. The initial explosion ignited seven fuel tanks on a train as the rail route runs parallel to the road.

The explosion has torn through the bridge, leaving part of the motorway completely fractured and hanging down into the sea. Three people were killed in the attack.

The railway also continued to burn for several hours, causing serious damage to the transport route used by the Russian military.

Ukrainian authorities have celebrated the incident. The Ministry of Defence compared the bridge collapse to the sinking of the Moskva in April.

A Tweet from the Ministry’s official account read: “Two notorious symbols of Russian power in Ukrainian Crimea have gone down. What’s next in line?”

President Zelensky did not directly acknowledge the Kerch Bridge explosion, although he used his nightly address to report that it was “warm” in Crimea, hinting at the bridge fire.

Putin’s days are numbered as coup threat looms: ‘Something he never experienced’