Vladimir Putin has inadvertently become the largest donor of weapons to Ukraine as Russian soldiers continue to abandon valuable military equipment en masse. Ukraine has been staging a stunning counteroffensive in the south and east which has seen Kharkiv liberated and troops break through front lines in the Donbas. Meanwhile, several settlements were recaptured as Ukrainian troops advanced towards the southern city of Kherson in a success that threatens to cut off Russian supply lines.

An impassioned President Zelensky vowed to take back all Ukrainian territory still occupied by Russian forces – he said he did not know when this would happen but insisted that “truth is on our side”.

In a humiliating twist, the amount of weapons left to the Ukrainians by fleeing Russian troops now exceeds the amount donated by the West. 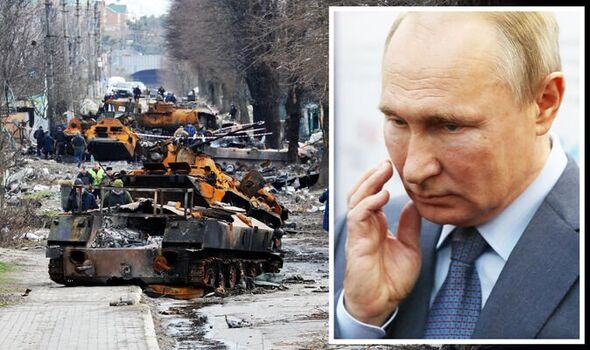 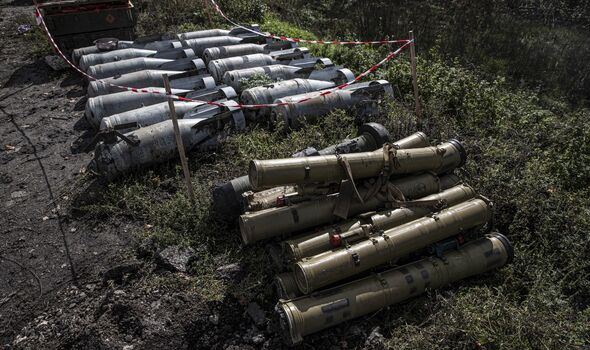 Professor Michael Clarke, former director of the Royal United Services Institute (RUSI), told Express.co.uk: “The numbers are a dramatic illustration of something that has been going on from the beginning of this war.

“Between 30 and 40 percent of all Russian equipment lost in the war since Feb 24th (more than 6,500 significant items at the most conservative estimate) has been ‘captured or abandoned’.

“One might expect that to be the case in a force retreating, but not in a force attacking, as the Russians were until the end of July.

“That shows how poor Russian army morale and fighting skills really are – abandoning their vehicles and weapons very quickly when the fighting starts, even when they were supposed to be going forward and at speed.

“Now that the Russians are the ones retreating, even more equipment is being abandoned.

“That reflects also the way the Ukrainian army is encircling them, or trapping them against rivers, where the only option, if they don’t withdraw in good order early enough, is to abandon the equipment and just get the personnel out of danger.

“More significant than the equipment itself that the Ukrainians are acquiring, is the ammunition stocks they are capturing.

“They need huge amounts of ammo, and Russian ammo is the right fit for all their standard Warsaw Pact-era equipment that still makes up the bulk of their army.

“Artillery shells, in particular, are highly valued since they are getting through multiple thousands of them every day.” 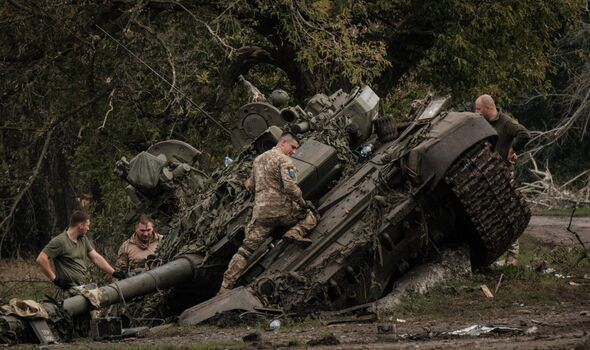 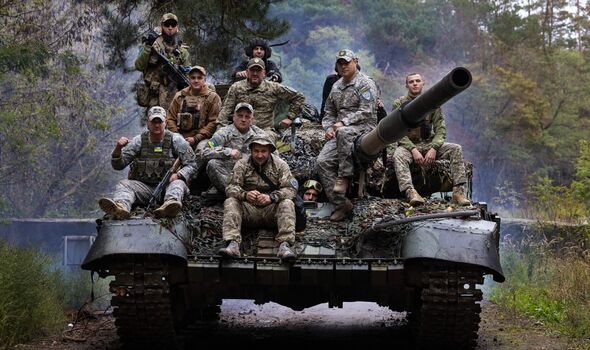 The amount of equipment seized by Zelensky’s troops has increased in recent weeks following a blisteringly fast counteroffensive in the east and south.

On Tuesday, several settlements were recaptured as Ukrainian troops advanced towards the southern city of Kherson.

The breakthrough near Kherson follows the weekend retreat of Russian forces from the town of Lyman in the eastern Luhansk region.

It means Moscow has already lost territory in two of the four areas of Ukraine which it illegally annexed in the wake of widely denounced referendums.

The regions annexed by Russia include Luhansk, Donetsk, Zaporizhzhia and Kherson.

The Institute for the Study of War, a Washington-based think tank, noted that “disorganised Russian forces (were) caught in the rapid Ukrainian advance.”

Amid the abandoned equipment, Ukrainian forces found one of Russia’s most advanced tanks in “perfect condition”. 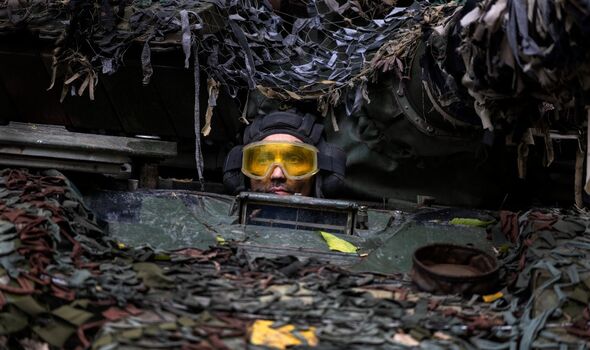 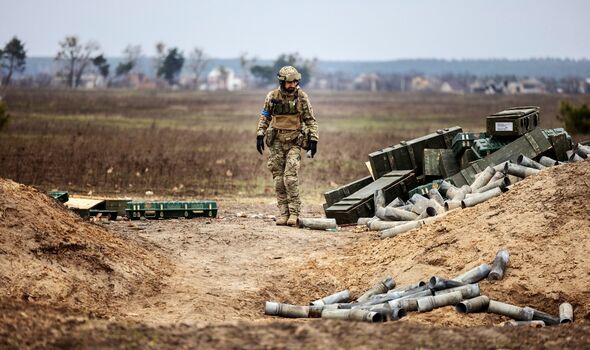 He adds: “We’ve got so many trophies that we don’t even know what to do with them.

“We started off as an infantry battalion, and now we are sort of becoming a mechanized battalion.”

Ukraine’s Defense Ministry also announced the discovery on Twitter and shared pictures of the T-90M tank that was emblazoned on one side with a white “Z,” a symbol that is pro-invasion.

The T-90M is the latest version of the Russian T-90 main battle tank.

“We ask its owner(s) to contact the #UAarmy. Please identify yourself by a sign: a white flag,” the ministry wrote.

Ukraine’s discovery of the T-90M in good condition spells trouble for Moscow since it would add to the thousands of tanks that Ukraine estimates Russia has lost overall in the more than six months of war.

On Thursday, the General Staff of the Armed Forces of Ukraine said 2,449 Russian tanks had been eliminated since the war began on February 24, including 14 in the past 24 hours.

Girl, 11, fights off knife-wielding sex attacker who tried to abduct her

Masks, COVID vaccines will no longer be required at Denver Center for Performing Arts