The ex-pontiff, who resigned in 2013 to pave the way for Pope Francis to assume control of the Vatican, made an unprecedented move to back his successor by criticising conservative-leaning worshippers, arguing they need to remember he is no longer Vatican chief. Divisions have emerged within the church since his resignation, which he claimed came as a result of his deteriorating health, as Francis has implemented a more liberal agenda – a major shift from Benedict’s own traditionalist approach. These voices who continue to recognise Benedict as pontiff, even claim he was forced into resigning by other senior Vatican members.

This, Benedict suggested, came from members of the church who hold on to “conspiracy theories”, before reminding worshippers “there is only one pope”.

Benedict’s intervention has been criticised by some Vatican historians, including author Lynda Telford, who penned Women in the Vatican – Female Power in a Male World.

Speaking to Express.co.uk, Ms Telford said Benedict living inside the Vatican “has painted the wrong picture from the beginning of the reign of Pope Francis”.

As Benedict became the first living pope in 600 years to resign, he maintains his living quarters at the Vatican, and also continues to wear white – something, routinely, only a pope would wear. 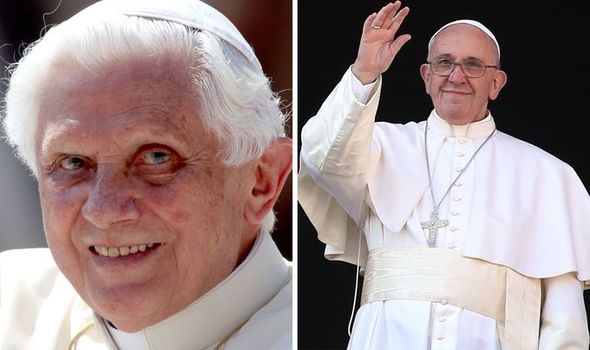 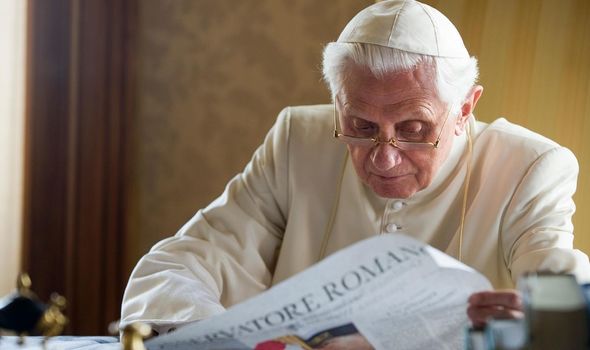 But Ms Telford noted how “outrageous” it was that Benedict should be living so close to the pope, saying: “He’s certainly pushed himself into the forefront of events in a way that’s highly unsuitable, and he should be ashamed of himself, though I doubt that such considerations bother him in the slightest.

“He’d be delighted to be mistaken for the ‘real’ Pope I’m sure.

“Frankly, due to his behaviour, which seems to be getting worse, and his interference more blatant, I wouldn’t put anything past him in his determination to put someone in power who would carry on his traditionalist agenda, destroying the good work done by Francis.”

She added: “It would be a disaster for the church, and I’m sure many would be disappointed by such an outcome and withdraw from any further interest in it, should that happen.”

JUST IN: Pope Francis ‘walking into the unknown’ for historic trip to Iraq 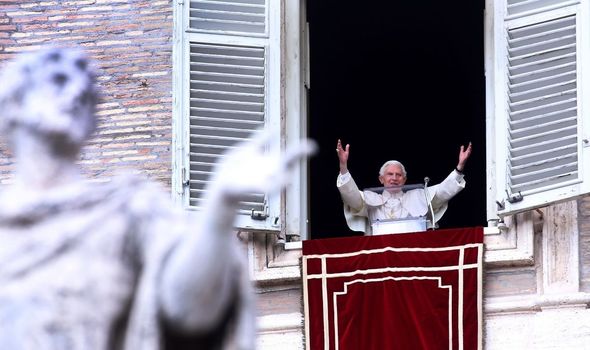 Benedict’s comments came during an interview with Italy’s Corriere della Sera earlier this week, where he detailed his resignation eight years ago.

He described it as a “very difficult decision”, but claimed “it was a fully conscious choice and I think I did well [to resign]”.

He added: “Some of my more fanatical friends are still upset, they have not accepted my choice.

“They don’t want to believe that it was a conscious choice. My conscience is clear.”

Benedict’s wearing of white has upset some inside the church, and as such leading figures are calling for new rules to be installed. 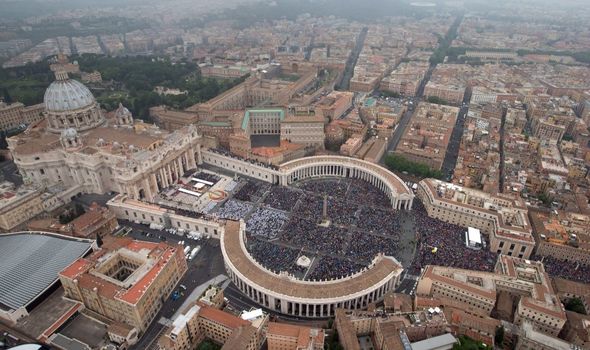 Changes could be made that means a pope who resigns will resume the lower office of cardinal, and will not wear white, or make pronouncements on doctrine.

During his farewell speech, Benedict vowed to not interfere with his successor’s agenda, despite claims he would later use his influence over the traditionalists within the church to ensure rituals such as celibacy continued to be observed.

The move was greeted with fanfare in some quarters, including by the Archbishop of Lagos, Alfred Adewale Martins, who said: “Like he said in his own words, he acted with ‘full freedom’, being conscious of the deep spiritual implication of his action… by his decision, the Holy Father has acted gallantly and as such we must commend and respect his decision.”

It was described by Ross Douthat, a columnist for The New York Time, as being a “revolutionary gesture that the church so badly needed”. 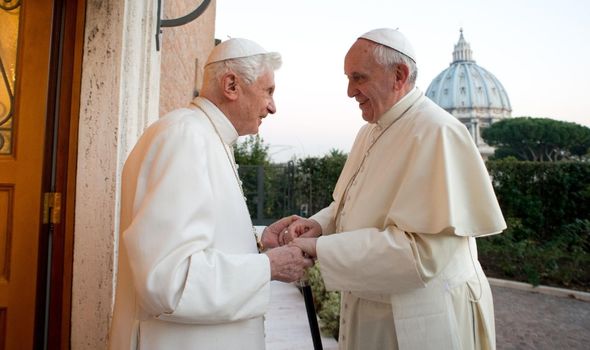 But Roberto de Mattei, of Catholic Family News, claimed his actions were “the symbol of surrender of the church to the world”.

The 93-year-old’s comments came just days before Francis landed in Iraq on Friday, where he became the first pontiff to visit the Middle Eastern nation.

Although COVID-19 and security fears have made the trip one of his most risky, Francis said he was “duty bound” to ensure his trip went ahead – unlike Pope John Paul II, who cancelled his trip to the region in 1999 after talks with then-President Saddam Hussein’s government stalled.

Speaking on the plane towards Iraq, Francis said it was an “emblematic trip”, adding previously that he did not want to “let [Iraqi Christians] down a second time”.

Hundreds killed in further Taliban attacks with peace talks ahead