MANILA (Reuters) – Philippine President Rodrigo Duterte has suspended his decision to scrap a two-decade-old troop deployment agreement with the United States due to political and other developments in the region, his foreign minister said on Tuesday, 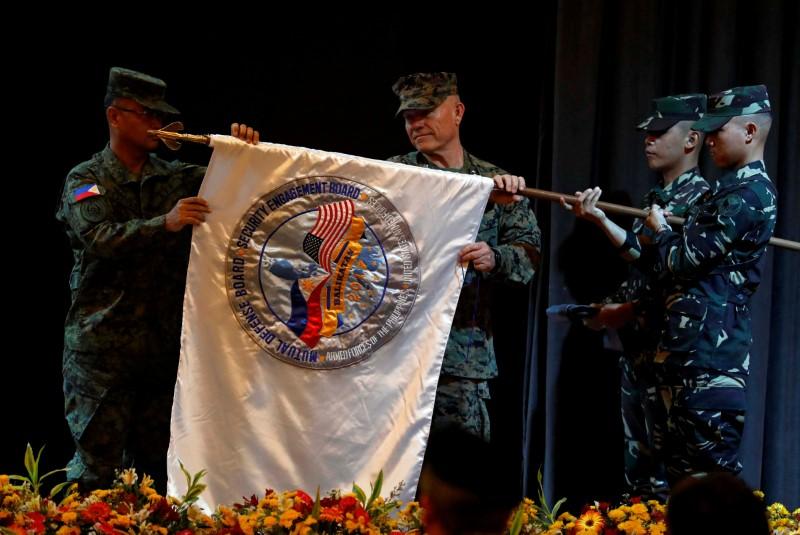 The termination of the Visiting Forces Agreement (VFA), which is central to one of Washington’s most important alliances in Asia, was due to take effect in August and was Duterte’s biggest move yet towards delivering on longstanding threats to downgrade ties with the Philippines’ former colonial ruler.

Foreign Secretary Teodoro Locsin said the news that the Philippines was no longer abandoning the pact was well received by the United States.

The mercurial Duterte, known for his stinging rebukes of Western powers, has clashed with Washington over numerous issues and has been open about his disdain for his country’s most important diplomatic ally and main provider of military hardware and training.

His embrace of historic rival China, a country deeply mistrusted by his U.S.-allied defence apparatus, has attracted considerable criticism, with opponents accusing him of gambling with sovereignty in pursuit of massive investments that have not materialized.

The VFA provides the legal framework for which U.S. troops can operate on a rotational basis in the Philippines and experts say without it, their other bilateral defence agreements cannot be implemented.

Duterte pulled the plug on the VFA on Feb. 11 in an angry response to the revocation of a U.S. visa held by a former police chief-turned-senator who led his war on drugs.

The official reason for Duterte’s withdrawal was to enable the Philippines to diversify its foreign relations.

The U.S. Embassy in Manila welcomed the suspension.

“Our long-standing alliance has benefited both countries, and we look forward to continued close security and defense cooperation with the Philippines,” it said.

Critics had said the suspension was a knee-jerk reaction that would weaken the Philippine military, denying it access to scores of annual training exercises, including expertise in tackling Islamist militants, natural disasters and maritime threats.

The official notice of the suspension said the decision was taken “in light of political and other developments in the region”. It did not specify what those were.