Vadym Prystaiko says 'we will' hit targets significant to Russia

“Panicking” Russians are fleeing from Crimea in the wake of Saturday’s audacious bombing of the Kerch bridge. The 12-mile bridge was opened in 2018 to much fanfare by the Russian President Vladimir Putin. It connects Crimea to the Russian mainland and has served as a vital supply route for Putin’s southern army.

On Saturday, a huge explosion caused severe damage to the bridge, a section of which collapsed into the sea.

The attack has brought home to locals in Crimea that they are no longer safe from the consequences of Putin’s ruinous war.

Apparently fearful of further strikes to come, Russians have taken to their cars in a bid to escape from the peninsula.

Huge tail backs of up to 6km were reported on Sunday, as Russians queued to cross the damaged bridge.

Ivan Fedorov, the Mayor of Melitopol, said in a TV interview: “We see panic among the occupiers.”

He noted that Russians were also leaving the Crimea and heading back to their homeland via the occupied parts of southern Ukraine. 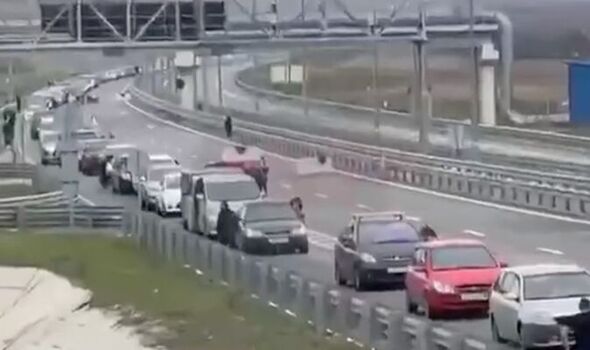 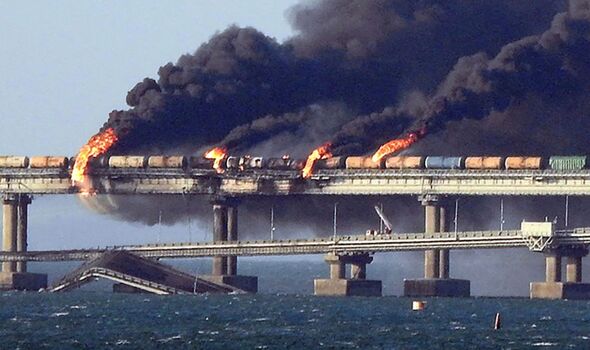 The mayor reported a large number of cars leaving the peninsula and going to the Russian Federation along the highway that runs through Melitopol, Berdyansk and Mariupol.

“Russian soldiers flee Crimea to the Russian Federation on the highway through Berdyansk and Mariupol.

“Russian colonists flee Crimea via ferry and the single-lane bridge.”

The Russian President denounced the strike on the Kerch bridge as a “terrorist attack”.

In an apparent revenge act, Russia hit several Ukrainian cities including Kyiv with a wave of brutal missiles strikes on Monday . 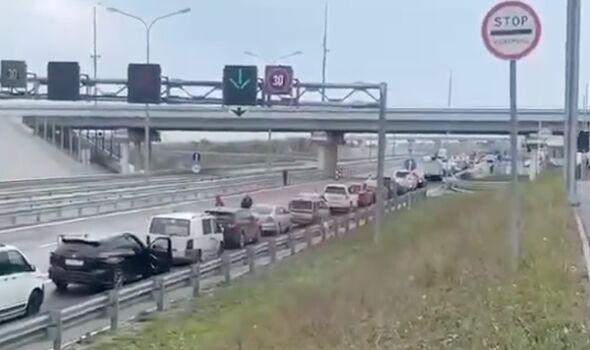 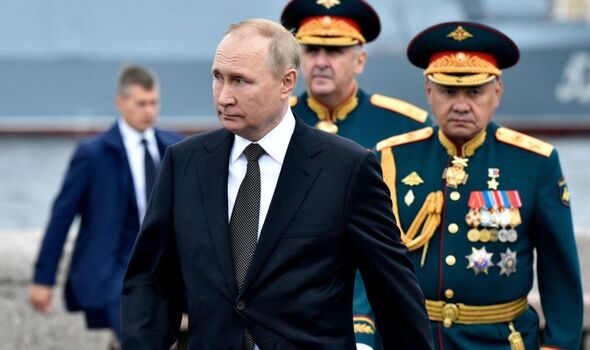 The attacks caused substantial damage to infrastructure and killed and injured dozens of people.

According to Ukraine’s military, by mid-morning 75 missiles had been launched, of which it claimed over 40 had been intercepted.

President Volodymyr Zelesnky said that the Kremlin had also deployed its Iranian kamikaze drones in the strikes.

He added that Russia’s main targets appeared to be energy infrastructure and civilians. 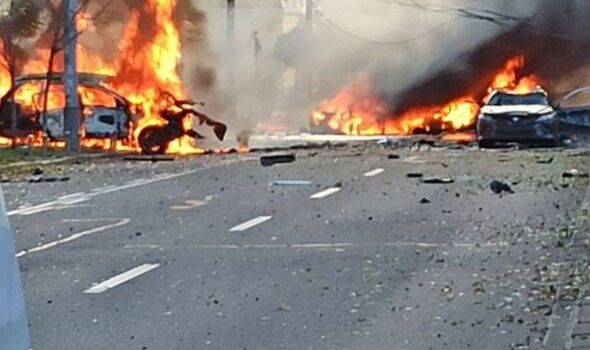 The Russian leader is in Saint Petersburg attending a security council meeting with his close associates.

He said: “If attacks continue against Russia, the response will be harsh.

“The responses will be of the same scale as the threats to Russia.

“In the event of further attempts to carry out terrorist acts on our territory, Russia’s response will be harsh.”

Ukraine’s Foreign Minister refuted Putin’s claims that he had been provoked into retaliation, saying the Russian leader was desperate because of battlefield defeats.