A gunman is said to have opened fire in a popular gay club where revellers were busy enjoying their Friday night. Norwegian Prime Minister Jonas Gahr Stoere called it a “terrible and deeply shocking attack on innocent people. I saw a man arrive with a bag, he picked up a gun and started to shoot,” journalist Olav Roenneberg of public broadcaster NRK said.

At 01.14 am on Saturday night police in Oslo received a number of reports that several shots had been fired at a nightclub called the London pub in the city centre.

A man has been arrested as police confirmed they were now probing the incident as possibly terror related.

So far 21 people have been reportedly injured in the spree shooting. 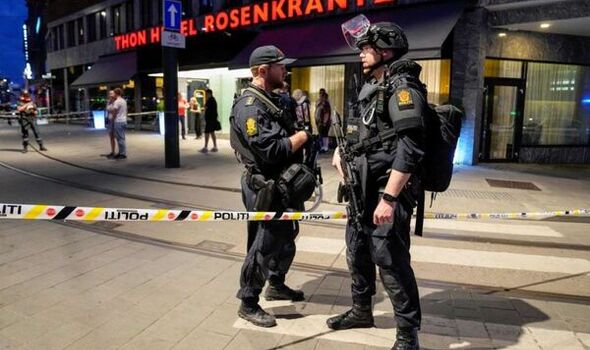 Eight people have been sent to hospital, and three of those have been defined as having serious injuries.

A further at least 12 were slightly injured, without them having needed further follow-up by the health service.

Norwegian police officer Tore Barstad, who is the task leader at the crime scene, said investigations are taking place at the London Pub, and at two other locations, the Herr Nilsen bar and a small fast food restaurant.

The London pub is a famous gay venue in downtown Oslo. 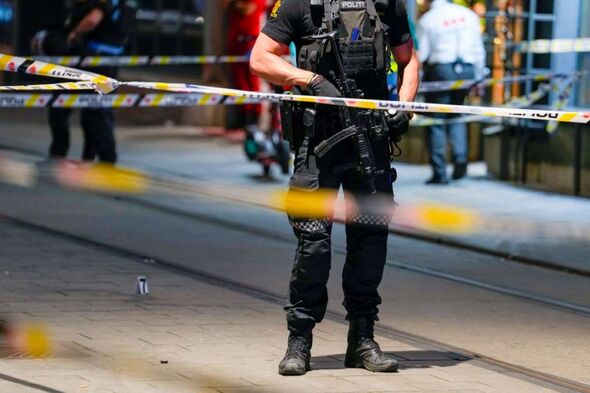 The Pride parade was to take place in central Oslo but has now been cancelled on the advice of the police because the situation is still unclear.

The police are now reviewing witness observations and collecting video from the incident.

Norwegian police believe one male perpetrator was behind the horrific event.

The apprehended man, who is known to the police, was arrested near the scene just after the incident, at 01.19 am.

The accused is a 42-year-old Norwegian citizen, of Iranian origin, who lives in Oslo.

The police say they are also working on the basis of a theory that the man’s mental health may have affected the night’s incident.

However, it has been reported that he was convicted for a drug offence and carrying a knife from several years ago.

In these cases, there was no sign of a mental health element.

He also had a previous conviction for bodily harm.

Police confirm that civilians assisted during the arrest and that they also provided life-saving first aid to the injured.

Surfer, 56, dies after being bitten by shark which tore chunks out of surfboard