At least six people have died and around 100 are feared missing after an under-construction luxury flat block collapsed, with its floors pancaking on top of each other.

Rescuers have so far pulled seven people alive from a heap of shattered concrete and twisted metal where the building once stood in Lagos, Nigeria.

But they were forced to stop work amid a race against time after torrential rains pounded the affluent neighbourhood of Ikoyi, where the collapse happened. Lagos state official Olufemi Oke-Osanyintolu said: “Currently all responders are on the ground as search and rescue is ongoing.”

Although the official number of dead stands at six, witnesses say dozens are missing, with workers feared to be trapped in the pile of rubble.

Construction worker Eric Tetteh, who managed to escape with his brother, told Associated Press that more than 100 people were inside the building at the time. 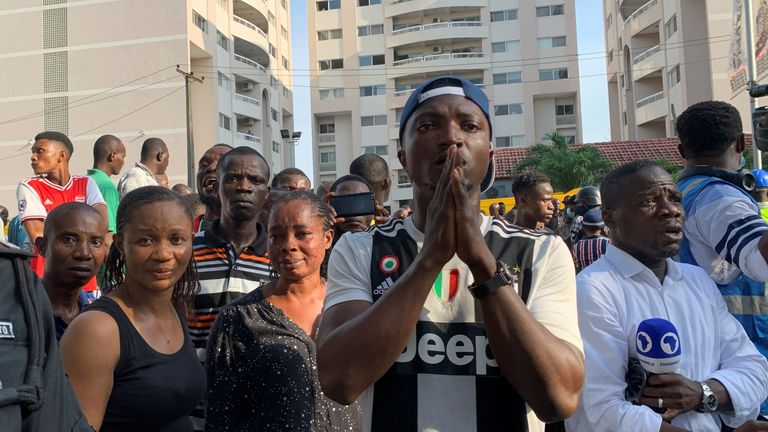 Olayemi Bello said five of his friends were inside at the point of collapse and he feared the worst.

He told AP: “When they work finish, they will come outside… and talk about the work. Now, nobody. All of them are dead.”

Anxious relatives who were worried their loved ones might be among those trapped refused to speak to media, but could be heard accusing emergency services of not responding quickly enough.

Nigerian President Muhammadu Buhari has ordered rescue efforts to be speeded up. 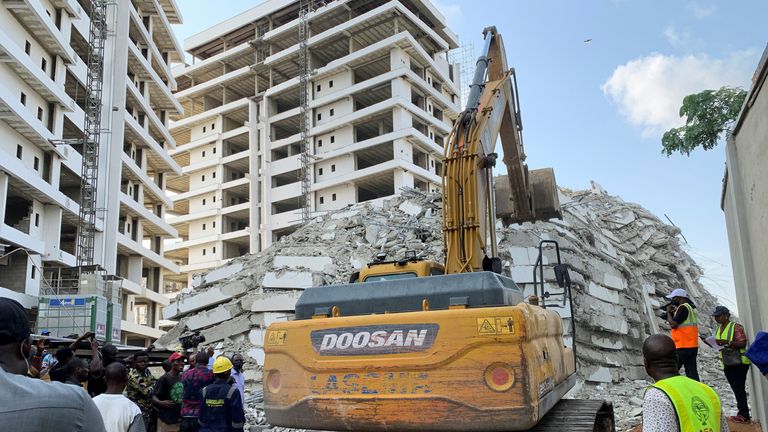 Lagos, Nigeria’s largest city, has seen a surge in development in recent years, as the country is predicted to become one of the most populous in the world in coming decades.

New high-end apartments have sprung up in Ikoyi, and the collapsed building was one of three private towers, where the cheapest unit was on sale for $1.2m (£880,000 at current prices).

Telephone calls by Reuters to numbers listed for the developer Fourscore Homes and the main building contractor were not answered on Tuesday.

No WAY Putin! Biden warns Russia against US election meddling in first call as President