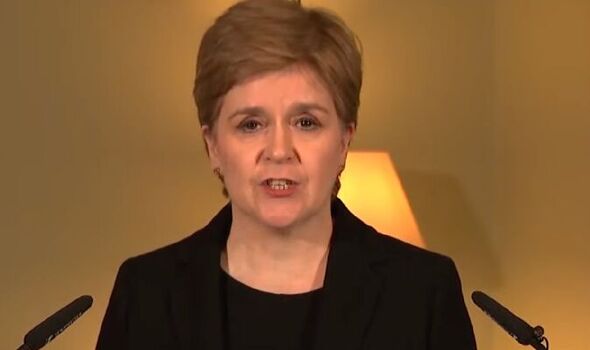 The Scottish First Minister said the Queen had led a “life of extraordinary dedication and service”. After her death at Balmoral in the Highlands was confirmed, Ms Sturgeon and leaders of the other political parties in Scotland offered their warm tributes.

Ms Sturgeon tweeted: “The death of Her Majesty, Queen Elizabeth is a profoundly sad moment for the UK, the Commonwealth and the world.

“Her life was one of extraordinary dedication and service.

“On behalf of the people of Scotland, I convey my deepest condolences to the King and the royal family.”

Scottish Conservative leader Douglas Ross described the Queen as “a national treasure who represented the very best of our United Kingdom throughout her entire life”.

JUST IN: Queen Elizabeth death – Updates as tributes flood in from around globe 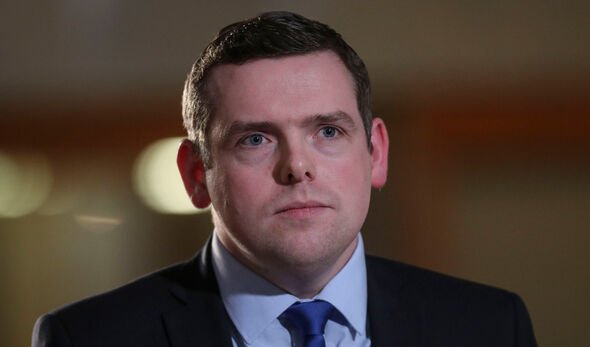 He stated: “The dedication and commitment of Her Majesty to this country and her people was unmatched.

“For 70 years, the Queen led the country through good times and bad, an unwavering presence of strength in each and every national moment of adversity.

“There was nobody else like Her Majesty. This loss will be felt dearly across Scotland, the United Kingdom and around the world. Everyone will remember Her Majesty as a warm, loving and caring mother, grandmother, great-grandmother and monarch.

“My thoughts and prayers are with the royal family and the entire country at this very difficult time.”

Scottish Labour leader Anas Sarwar said: “This is a sad day for the whole country, but especially for the royal family who have lost a mother, a grandmother and a great-grandmother.

“The entire nation joins them in mourning the death of Her Majesty, the Queen.”

Paying tribute to her long reign, Mr Sarwar said: “From the Blitz to the pandemic, she brought our nation together at times of crisis – providing hope and light in our darkest moments.”

Scottish Greens co-leader Lorna Slater said: “All of us have shared in the pain of losing a loved one in our lives, and at this difficult time for so many, we offer our condolences following the Queen’s passing.”

Scottish Liberal Democrat leader Alex Cole-Hamilton said the Queen “represented perhaps the greatest life of public service in the history of our country”.

He stated: “For seven decades she has been our country’s most recognisable ambassador. Whether it be her wartime service, her patronage of more than 600 charities or her Covid-19 broadcast to the nation, she has been a beacon for so many people. The Queen was loved and touched lives the world over.”

The Rt Rev Dr Iain Greenshields, Moderator of the General Assembly of the Church of Scotland, paid tribute to the “faith, service and dedication of Her Majesty the Queen”, saying this had been “the hallmark of her long reign”.

He added: “She has been the steady constant in the life of our nation for over seven decades and most of us will have grown up knowing only her as our monarch.”