This weekend will see temperatures drop across the country following the pleasant, warm air coming in from the Canary Islands in recent days. Most of the country will stay dry, but cold air coming in from Norway is behind the rapidly dropping temperatures. The Met Office has warned of lows of about -10C on Friday night hitting Scotland, which is the UK’s coldest spring temperature for three years, since the record was broken by the Beast of the East in March 2018 bringing -10.7C.

Met Office meteorology Marco Petagna said: “We will see a return of wintry hazards as cold air sweeps across the UK from the north.

Addressing the expected -10C temperatures, Met Office forecaster Matthew Box said: “The glens in Scotland may reach that figure on Saturday. It’s not out of the question.”

Talking about the temperature in coming days, Mr Box added: “It’s going to get a lot colder for the weekend. 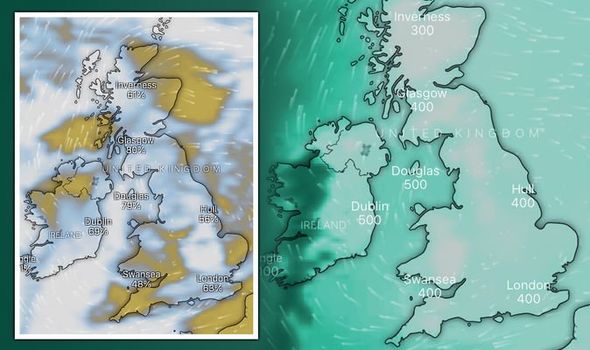 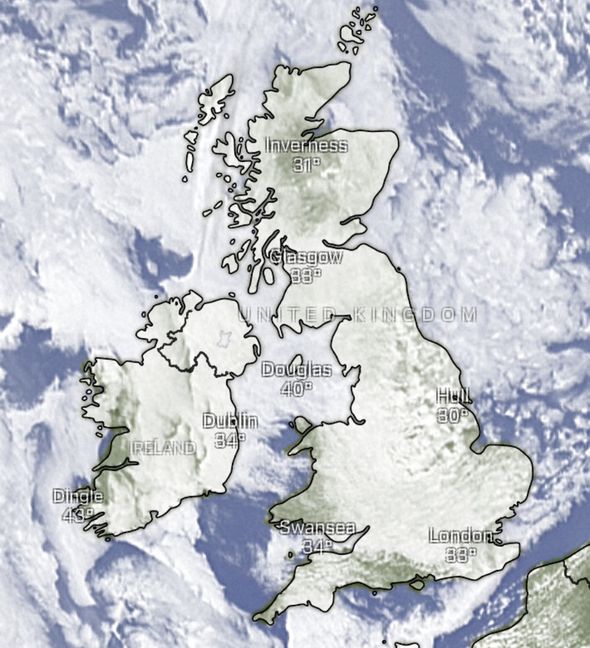 “We have got cold air coming in on a northerly wind but it will be relatively settled at least for the first part of the weekend with a combination of cold air and clear skies.”

The Met Office writes snow flurries are expected across parts of the country on Saturday and Sunday.

Temperatures of -2C are expected in England as well, with nights being significantly colder than the daytime.

The tumultuous weather is expected to continue into next week as well, according to the Met Office. 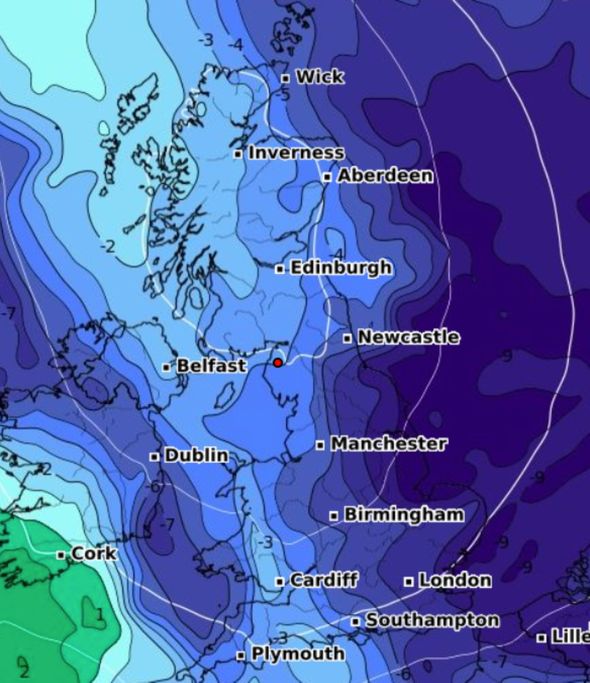 The forecast for next week reads: “Outbreaks of heavier rain will make their way in from the west on Tuesday, as a trend towards more unsettled conditions widely across the UK is likely next week.

“Further spells of rain and showers will continue spreading in from the west, with some snow possible on high ground in northern parts of the country.

“However, there may also be some drier and brighter interludes at times.

“Throughout this period there is an ongoing potential for windy conditions, with the strongest winds most likely to occur in the west and northwest of the UK. 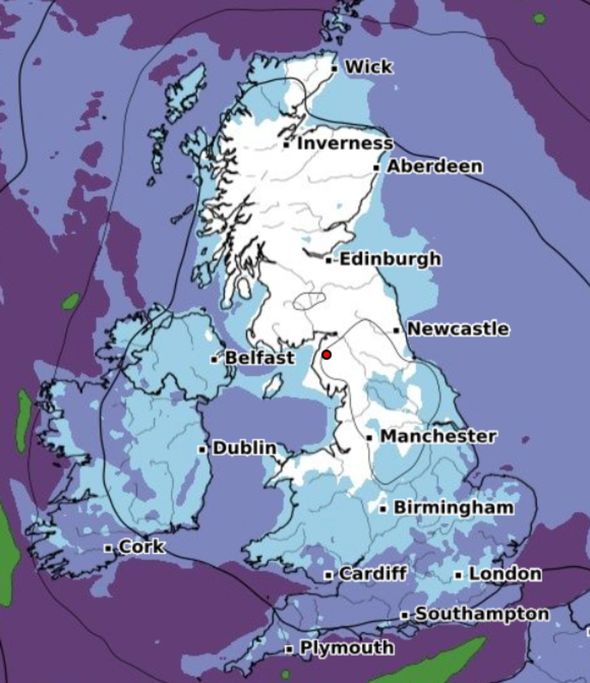 “Temperatures are expected to trend close to average, although some overnight frosts are still possible, mainly in northern parts of the country.”

Last month saw the highest and lowest temperatures of the UK’s winter season recorded, in one of the most up-and-down Februaries of recent years.

Cold conditions from the east brought temperatures right down to a freezing -23C at Braemar in Aberdeenshire on February 11.

That was the lowest temperature in the UK since 1955 and the lowest in February since 1955, according to the Met Office.

Forecasters said a southerly flow brought warm weather from the Canaries in Spain and Africa, which led to the season’s highest temperature at 18.4C in Suffolk on February 24.

Dr Mark McCarthy, head of the Met Office National Climate Information Centre said: “February 2021 has seen a wide temperature range resulting from the two predominant weather patterns we have seen this month, with the first half of February experiencing some bitterly cold easterlies originating from Russia, and recent days seeing the influence of air coming from the Canary Islands.

“Minimum temperatures of below -20C were more frequent historically, but have become scarcer, while winter temperatures above 18C have become a little more regular, with four of the last give winters recording such events.

“Historically, they were extremely infrequent events but our winters are changing as we have seen we can still receive cold snaps.

“It is just that those extremes won’t be quite as cold or as frequent as they once would have been.”