The weather warnings are in place until Saturday, February 6, and start on Monday, February 1, as the adverse weather is expected to move in. All the warnings are for snow and ice as the Met Office is expecting large swathes of the country to be hit with the white stuff. The warnings are in place across northern England, Scotland, and Northern Ireland. In England, the East Midlands, north east, north west, the West Midlands, and Yorkshire and the Humber are all expected to see snow falling.

The Met Office outlook reads: “A band of rain, locally heavy in places, is likely to push slowly northeast across parts of the UK.

“As this rain comes into contact with cold air in place, it is likely to readily turn to snow away from eastern coastal districts.

“One to four cm of snow is quite likely away from eastern coasts, with five to 10cm possible in places, most likely across southern Scotland and above 150m over northern England.

“Potential for 20cm or more across higher parts of the northern England and Scotland.” 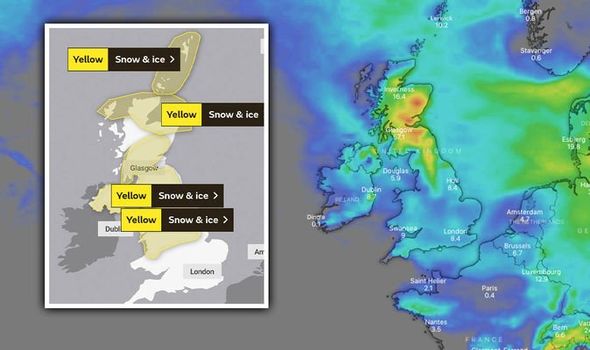 India’s coronavirus death toll surpasses 100,000 with no signs of slowing