The Met Office said heat building from Europe is actually starting to dissipate, therefore reducing the chances of the south east getting a fleeting blast of scorching North African air next week. Experts had originally said there could be a spike in temperatures towards the end of June due to the continent’s heatwaves. But this is now looking less likely, according to Met Office spokesman Grahame Madge. He told Express.co.uk: “The heat in southern Europe is subsiding.

“The recent two bouts of heat have been connected with the event in continental Europe, but we have also had influences from the Atlantic too which have brought in the unsettled and fresher conditions that we will also be experiencing from the weekend onward.

“The indication is that the unsettled conditions will ‘stick’ for a while, but it is always possible that another hot spell or two will be possible later in the summer.

“I certainly wouldn’t assume that summer is over.”

The Met Office verdict comes after The Weather Channel’s Leon Brown claimed the UK would be set for four heatwaves this summer. 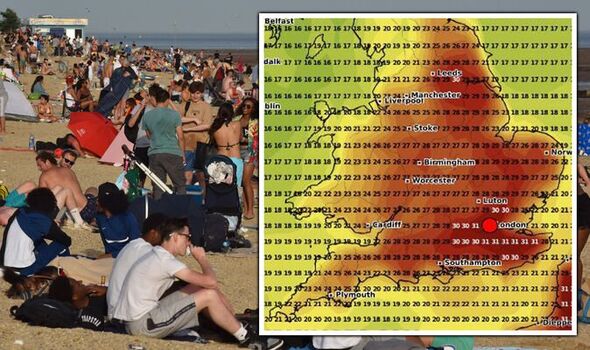 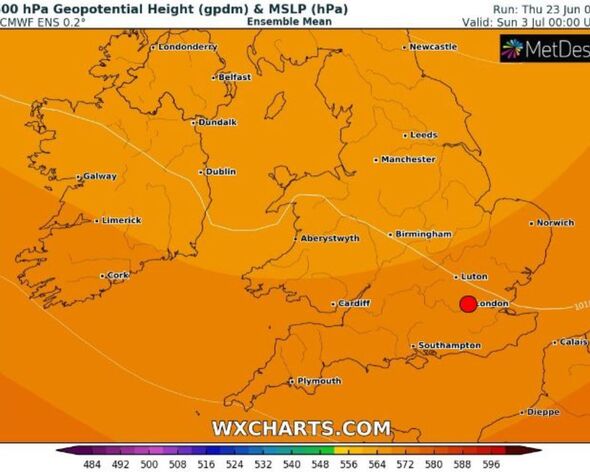 Mr Brown said the country may be set for temperatures exceeding 28C over periods in July, August and September.

Jim Dale, senior meteorologist at British Weather Services also said large parts of the south east and potentially even the midlands would bake under temperatures of around 30C from the start of July.

This forecast is backed up by interactive data at WX Charts which suggests Europe will heat up yet again by July 4.

By Friday, July 8, maps show parts of the south east covered in red with temperatures of 33C issued. 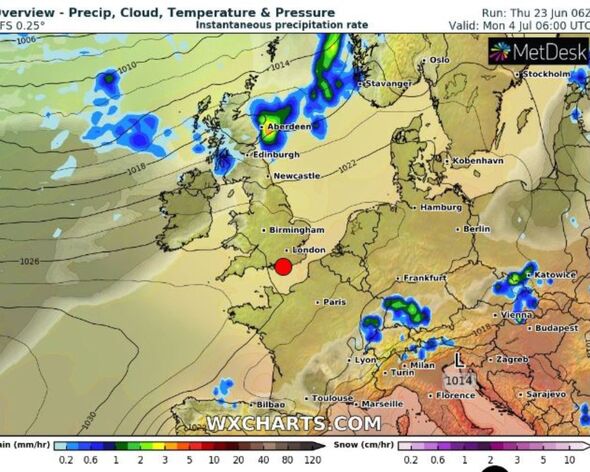 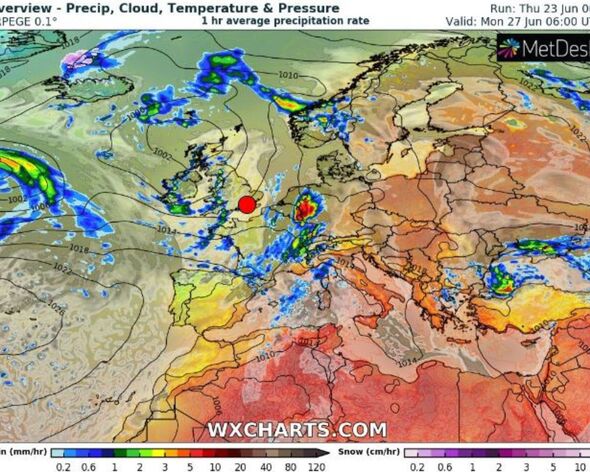 But Daniel Rudman, deputy chief forecaster at the Met Office could not be as precise.

In this statement to Express.co.uk he said “the current limitation of meteorological science” would prevent him from looking as far forward.

Mr Rudman said: “Presently, background conditions lead themselves to a large spread in potential forecast outcomes without a particularly clear trend for that period, and it would certainly be too early to give a temperature forecast for now.

“Using various global indicators and weather patterns there is a suggestion for a continuation of largely unsettled conditions with a nod to the southern parts of England seeing slightly favoured drier and warmer conditions.

“There is very little certainty in trying to ascertain a forecast with lead times as long as these, that is just the current limitation of meteorological science.”

The Met Office does issue long range forecasts which do offer some hope of hot weather in the coming weeks.

From July 7 to 21, it says: “July will see unsettled conditions in the north for a time with some rain and showers.

“These conditions may travel south near the middle of the month. Further into July will perhaps be more settled for a time, although the north may continue to see some rain and showers. Temperatures throughout will be close to or a little above average but possibly becoming very warm or hot in the south near the end of the period.”