Attack in the town of Tarkint, north of the city of Gao, also left five troops wounded. 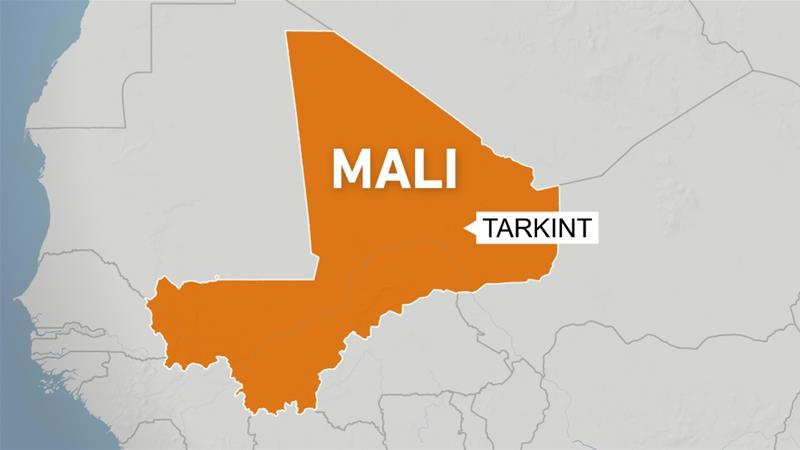 At least 29 Malian soldiers have been killed in an attack on an army base in the country’s northeast, according to the armed forces.

There was now immediate claim of responsibility for the attack, the deadliest against the Malian army this year, in the town of Tarkint, north of the city of Gao.

The army said earlier on Thursday that just two soldiers had died but tweeted later that the death toll had “heavily evolved” to 29 killed and five wounded.

Mali’s army has repeatedly suffered heavy casualties from armed groups active in the area with links to al-Qaeda and the Islamic State of Iraq and the Levant (ISIL or ISIS).

A localised revolt that began in northern Mali in 2012 has spread to the centre of the country and to neighbouring Niger and Burkina Faso, where security has swiftly deteriorated over the past year amid a “fireball of conflict” involving multiple armed groups, military campaigns by national armies and international partners as well as local militias.

About 4,000 people died in the three countries last year, a fivefold increase compared with 2016, according to the United Nations figures.

Former colonial power France has deployed thousands of troops across the semi-arid swath of land beneath the Sahara desert known as the Sahel, but French officials acknowledge they have failed to slow the violence.

French army chief Francois Lecointre told senators last month that the Malian, Nigerien and Burkinabe armies were losing the equivalent of one battalion per year to the fighters’ attacks.

Many parts of the Sahel that have seen the most fighting are severely underdeveloped. The several armed groups operating in the region have exploited poverty as well as religious and ethnic divisions for recruitment.

Meanwhile, the military campaigns by the ill-equipped national armies have also been marred by human rights abuses, which analysts say have pushed some civilians into the arms of fighters.

While You Were Sleeping: 5 stories you might have missed, Nov 23