Source in presidential office tells Al Jazeera a partial lockdown will be announced on Sunday as infections rise. 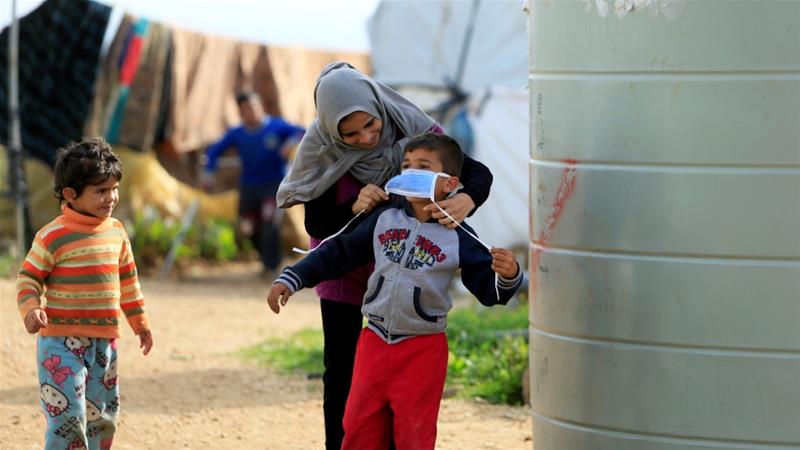 Beirut, Lebanon – Lebanon will announce a “state of medical emergency” on Sunday, shutting down all public and private institutions except hospitals, pharmacies and bakeries in an effort to contain a coronavirus outbreak, a presidential palace source said.

Supermarkets “will open within specific times, not all the time” while banks will be ordered closed, “but perhaps not immediately in order to give people time to secure money,” the source told Al Jazeera on Saturday night.

The country’s only functioning civilian airport, Beirut’s Rafik Hariri International Airport, will not be closed but may be shut at a later date if the coronavirus outbreak spreads.

The source said Lebanese cabinet would study a complete ban on movement at an emergency session expected at 3pm (13:00 GMT) on Sunday.

No decision has yet been reached on the matter, and it would include exceptions, the source added.

Lebanon’s Higher Defense Council, which includes representatives from its major security agencies such as the army and the Internal Security Forces, will also meet at 1:30 pm (11:30 GMT) on Sunday.

The extraordinary measures are set to be formalised during Sunday’s meetings and are expected to last 15 days, but could be extended, the source said.

Legislator Assem Araji, who heads the Lebanese parliament’s health committee, confirmed to Al Jazeera that a state of emergency would be declared on Sunday.

He said the country’s land borders with Syria would be closed and urged people to remain home.

“These are precautionary measures to reduce the virus’s spread,” Araji said, denying that the government was withholding any information from the people.

On Wednesday, all schools and universities, restaurants, bars, nightclubs and cultural centres were closed in Lebanon in an effort to prevent large public gatherings.

The coronavirus has infected more than 155,000 people worldwide, killing over 5,800 people, with the World Health Organization on Friday declaring Europe as the new epicentre of the disease.

In Lebanon, 93 people have so far been infected with the virus after the first case was detected on February 21. Three people have died, according to the country’s health ministry.

Some other nations, including Italy and Iran, have implemented similar emergency measures amid massive outbreaks, while Spain and France have imposed partial lockdowns as cases spike.

The outbreak has hit Lebanon as it suffers from its worst economic crisis since independence in 1943, which has weakened the local currency, hiked prices and fuelled unrest.

The financial crisis has led to a shortage of medical supplies needed to combat the outbreak.

Just one hospital in the small Mediterranean nation, Beirut’s Rafik Hariri University Hospital, is equipped with the specialised isolation rooms according to international standards, Araji had previously told Al Jazeera.

Lebanon on Wednesday announced a ban on flights from 11 virus-hit countries, including Iran and Italy, with immediate effect. Monday onwards, the ban will be extended to a host of European and Arab countries, including Spain, France, the United Kingdom, Germany, Egypt, Iraq and Syria.

Many locals have criticised the delay in banning flights from Italy and Iran, the latter being considered a regional epicentre of the COVID-19 outbreak.

‘We are a family’

Hezbollah’s Hassan Nasrallah, the most powerful local leader, on Saturday said his country’s health ministry, controlled by his party, has done commendable work and dismissed any criticism.

Meanwhile, medical students have been asked to volunteer to help fight the virus, while many medical staff have been reported to be going without wages for months following the deepening of the financial crisis.

On Thursday, administrative employees at Rafik Hariri University Hospital announced an open-ended strike over the non-payment of their wages and difficult working conditions.

A video of an emotional volunteer nurse who said she missed her cancer-ridden mother’s birthday to help in the efforts was widely shared on social media over the weekend.

“I could be a source of danger if I get close to her, but when the risk is national, on the level of the nation, we have to think about the country as a whole, not as individuals,” she said in the video.

‘The risk is zero’: Legalising cannabis in Lebanon could help solve its economic crisis