Kim has ruled over North Korea with a tight fist, eliminating those that could threaten his position. 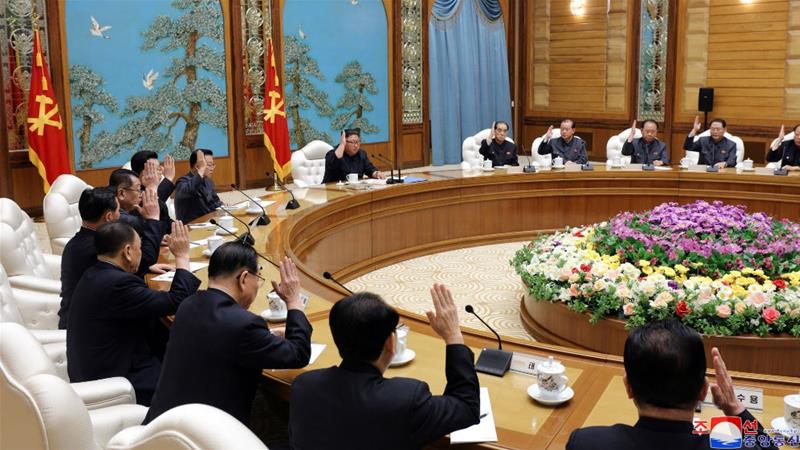 Seoul, South Korea – North Korean leader Kim Jong Un was last pictured centre stage at a key political meeting on April 11, but has been out of the country’s state media ever since. Now, after failing to appear at one of the secretive nation’s most important annual events, there is mounting speculation about his health.

Kim is thought to be 36 years of age, but obesity and a weakness for cigarettes mean he has long been the subject of rumours about poor health – from fractured ankles to gout and even heart complications.

But the latest rumours have proved more worrying than most. Speculation over Kim’s health went into overdrive when a Seoul-based watchdog publication cited an anonymous source stating that the North Korean leader was in a grave condition after heart surgery.

Those who follow developments in North Korea say Kim is probably sick. The issue is the extent of any illness.

“I think he is recovering from something,” said Cheehyung Harrison Kim, a professor at the University of Hawaii at Manoa who researches North Korea. “His health was always somewhat questionable and he may have gotten treatment … There are very few reports of him appearing in public in the past two weeks, and the news is usually filled with Kim Jong Un making on-site visits and so forth.”

Peter Ward, a researcher on the North Korean economy and a columnist at NK News website, says there is little sign of Kim being seriously ill.

“I think that he is indeed sick, but how sick he is, I don’t know,” Ward said. “There is little evidence that something is critically wrong. If something was critically wrong, we’d see more movement on the ground from space – planes, cars, the military might be on high alert as well. The state would have to go into emergency mode. But we’re not seeing that.”

There is tangible evidence that something might be wrong, most tellingly Kim Jong Un’s absence from the annual ceremonies to mark the birth of his grandfather on April 15 – a hugely important event in North Korea.

Satellite images have been shared showing a train standing at what is believed to be a private station for the Kim family at a beach resort in Wonsan, and the Stimson Center’s 38 North website reported that the train was there again on Wednesday. Medical experts from China have also been dispatched to North Korea, according to Reuters news agency.

“We should remain very sceptical of rumours about North Korea’s leadership,” said Leif-Eric Easley, an associate professor of international studies at Ewha Womans University in Seoul.

“Reports about North Korean palace politics are often wrong or only partially accurate. If these stories were just gossip about a photogenic royal family, probably they wouldn’t matter much.”

Even so, the rumours over Kim Jong Un’s health are sparking a debate over the succession in North Korea with analysts warning that Kim’s sudden death could be disastrous for the Korean Peninsula.

“We don’t know how the transition of power would happen if the state broke down. It’s a scenario that is fraught with danger and uncertainty and it’s something we should all be very, very concerned by,” NK News’ Ward said.

Kim Jong Un took control of North Korea when he was just 32, after his father and North Korea’s previous leader, Kim Jong Il, died of a heart attack in 2011.

Though sudden, analysts were not so surprised: Kim Jong Il was notably reclusive, had been in poor health for a long time and was already roughly 70 years old. His son had already appeared enough times to suggest he might take over from his father.

But in the event that Kim Jong Un dies suddenly, there is no clear successor in place. 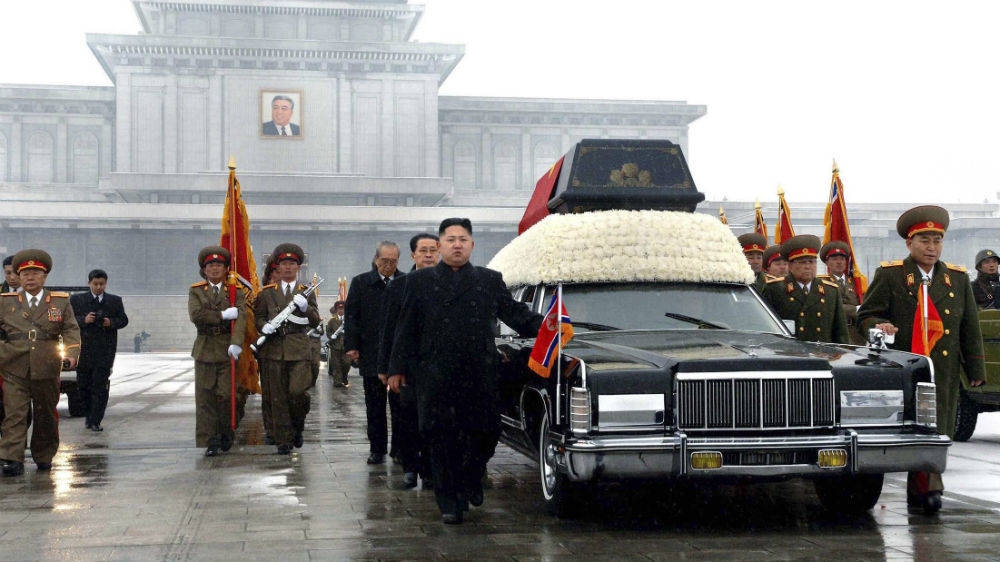 Even though the Kim family has ruled over the country since its beginnings, experts are not even able to confirm if Kim Jong Un and his wife, Ri Sol-ju, have children or how many they might have.

That has focused attention on Kim’s siblings.

“I think Kim Jong Un’s younger sister, Kim Yo Jong, would most likely become the new head of state,” said the University of Hawaii’s Harrison Kim. “But I think the power could possibly become less centralised than ever before. We might witness a transition into a kind of pluralistic leadership, with Kim Yo Jong as the symbolic head of state, but more people consulting behind the scenes.”

Earlier this month, Kim Yo Jong was promoted to a position as an alternate member of the Central Committee Politburo in the ruling Korean Workers’ Party in what could be a sign of her being positioned for higher ranks, although she was dismissed from the committee last year.

There is also Kim Jong Un’s older brother, Kim Jong Chol, but he has long been overlooked by North Korean leadership and it is Yo Jong who is most often seen with her brother.

“Kim Jong Un has come to represent a roadblock to further change in the country. His death will probably allow new opportunities in the future,” Ward said. “But at the same time, we could be fraught with danger. We don’t know what would happen with a transition of power, or what would happen if the state broke down.”

Since coming to power, Kim has continued to abuse human rights in order to maintain control. Rights groups have catalogued executions, state-sponsored sexual violence and the use of political prison camps that are believed to be holding at least 120,000 people.

As one United Nations report put it: “The gravity, scale and nature of these violations reveal a State that does not have any parallel in the contemporary world.” 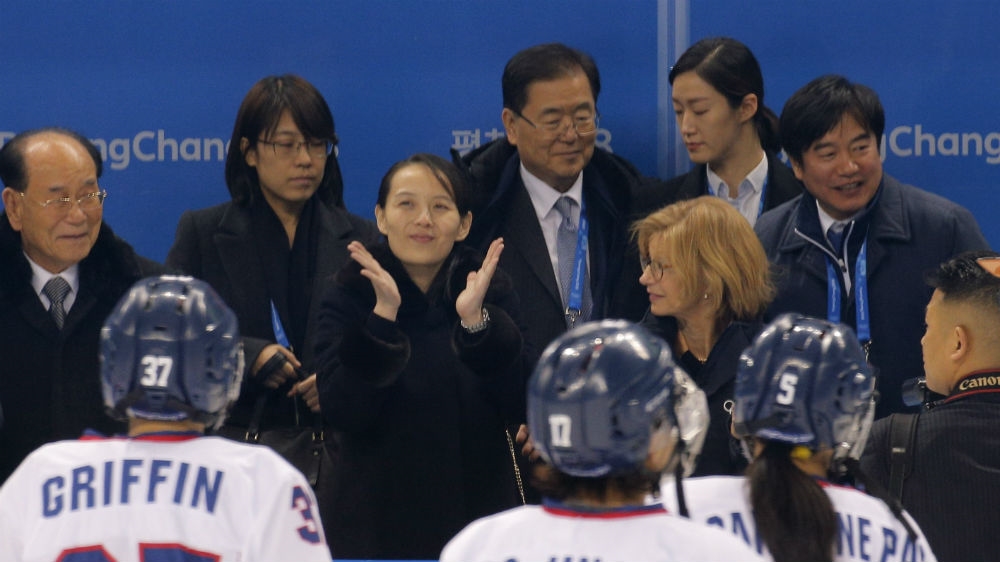 Ward describes the situation as “abominable” and notes North Korea’s human rights situation is the worst in Asia, if not the world.

“Every human rights abuse you can think of has probably happened in those camps,” Ward said. “The situation is abominable, and the reason why is simple: There are no political freedoms in that country at all.”

Most chillingly, Kim is suspected of ordering the assassination of his half-brother, Kim Jong Nam, on the busy concourse of Kuala Lumpur’s international airport using a deadly chemical weapon in February 2017. Kim also reportedly had his uncle executed in 2013, perhaps to further consolidate his power.

Despite such brazen acts, Kim Jong Un has also reached out to the wider world through international diplomacy.

A significant breakthrough was the 2018 Pyeongchang Winter Olympics in South Korea, after the North Korean leader sent a brigade of cheerleaders, half a women’s hockey team and Kim Yo Jong as his emissary.

Although Kim Jong Un’s true intentions have been questioned and nuclear talks broke down in Hanoi last year leading to a slew of missile tests, Kim’s death could mark an abrupt end to North Korea’s relationship-building measures and diplomatic progress.

Meanwhile, Kim’s death could lead to panic among the senior leaders in North Korea where the economy is struggling under sanctions, there is widespread poverty, and the ever-present risk of natural disaster. Some worry that the country could collapse if its central leadership becomes too weak, leading to possible conflict between North and South Korea, or some sort of intervention from other countries.

“There’s a lot of possible scenarios. We can’t know who will be able to maintain the North Korean regime after Kim Jong Un,” said Baek Jin-kyung, a researcher at the East Asia Institute in Seoul. “But the most important thing in the end is to maintain power, so I think that will be the country’s top priority.”