The Vice President of the United States was giving a virtual address to the forum when the Fijian police removed the two officials. The pair were attending a sitting of the forum’s fisheries agency during which Ms Harris declared the escalation of US engagement in the region in response to China’s mounting influence.

The Chinese officials had identified themselves as part of the press by sitting in the media section but one was identified by a journalist as a Chinese embassy official.

Lice Movono, who is a Fijian journalist covering the Forum on behalf of the Guardian, noticed the embassy official in the press contingent.

She said she “recognised him because I’ve interacted with him at least three times already”.

She added that this included a visit to Suva in June of the Foreign Minister of China, Wang Yi during which journalists were kicked out of events and prevented from asking questions. 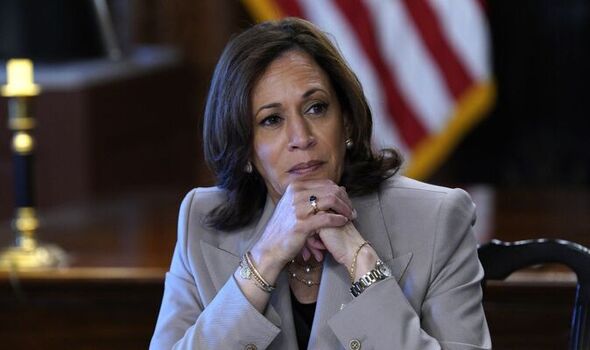 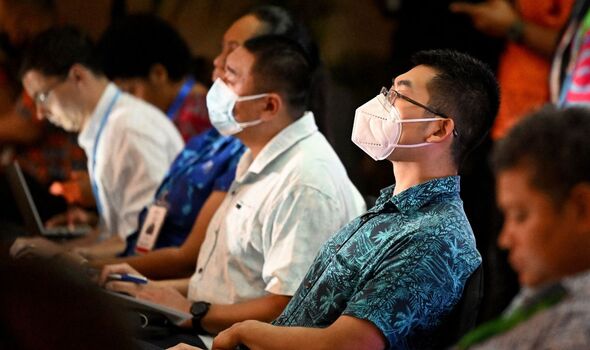 Ms Movono said: “He was one of the people that was removing us from places and directing other people to remove us.

“So I went over to him and asked: ‘are you here as a Chinese embassy official or for Xinhua [a Chinese news agency], because this is the media space.

“And he shook his head as if to indicate that he did not speak English.”

Following the official’s reluctance to speak, Ms Movono informed Fijian protocol officers who sent her to inform the police who then removed the men. 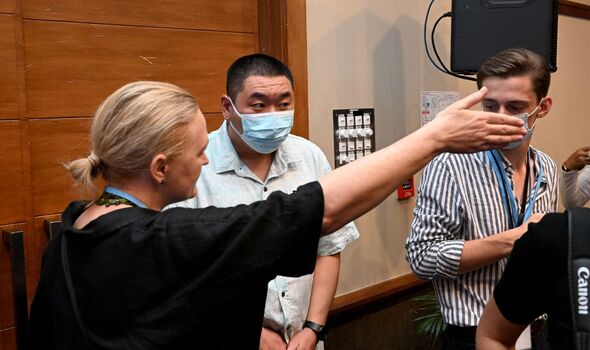 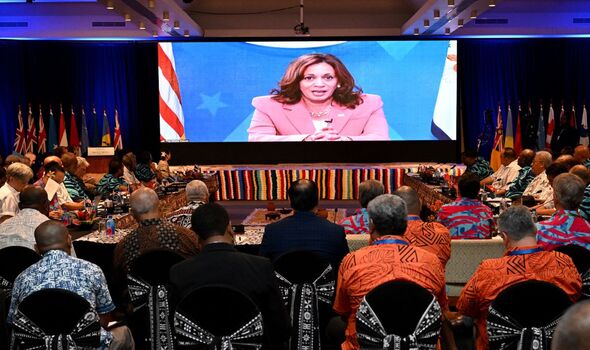 The incident follows increased tensions at the Pacific Islands Forum following increased involvement from China in the region.

China signed a wide-ranging security pact with the Solomon Islands which has proved to be controversial and has scheduled a huge tour of the Pacific Region for the Chinese Foreign Minister.

China is not part of the Forum and so, like the United States, it is a partner country meaning they are usually invited to partake in the post-forum de-briefing meeting to give presentations. 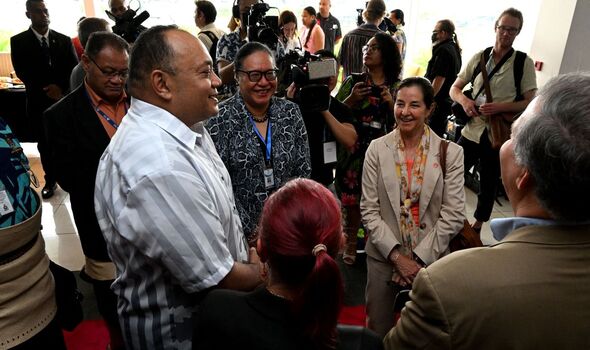 This partner dialogue has been suspended this year following increased tension between the two nations.

Despite this, Kamala Harris was still invited to virtually attend and address the forum in what has been seen as a kick in the teeth to China.

The vice-president said: “We recognise that in recent years, the Pacific Islands may not have received the diplomatic attention and support that you deserve.

“So today I am here to tell you directly: we are going to change that.”

As the US increased its interactions with the Pacific following increase Chinese interest, Fiji’s Prime Minister Frank Bainimarama said: “It is clear the US is certainly looking a lot more like the Pacific partner we have traditionally held it to be.”

Boris Johnson in isolation after testing positive for coronavirus