Former Italian Prime Minister Enrico Letta and lead candidate of Italy’s Democratic Party warned the vote in the upcoming Italian elections could be decisive in the country’s relations with the European Union. He said the election of the far-right led by Giorgia Meloni could lead to a Brexit-style scenario, meaning Italy would drift away from the European ideals and policies.

When asked what is at stake in Italy’s upcoming elections, Mr Letta told DW News: “The 25th of September vote is a sort of Brexit vote, as it was for the Brits.

“For them, it was yes or no, in or out. I think for Italy, it’s something similar.

“Of course, it’s not a referendum. Of course, the topic is not to be in or out formally.” 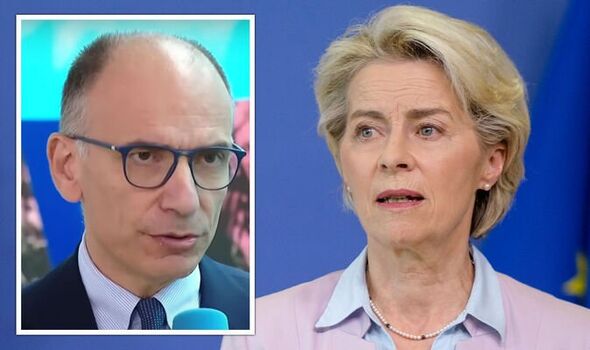 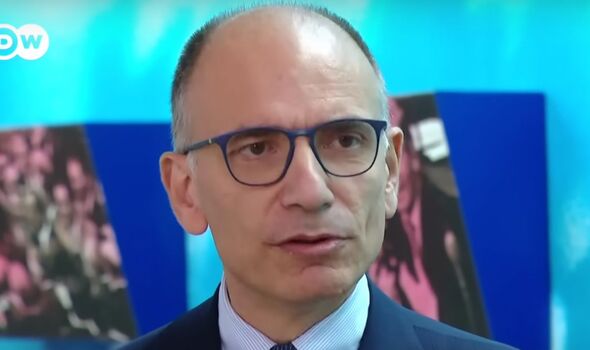 Rather, Mr Letta said, the next Italian Prime Minister will be faced with the question of either closing ranks with pro-EU heads state, or eurosceptics.

He said: “But politically, the choice is between being at the very heart of Europe: Italy with Brussels, Berlin, Paris, Madrid – the heart of Europe – or being out, being in a League of Nations having Orban or the Polish Government as allies.

“And I think these two options, this crossroads is decisive for the future of the country. Not only in terms of monetary policies, sustainability of the debt but also in terms of values.” 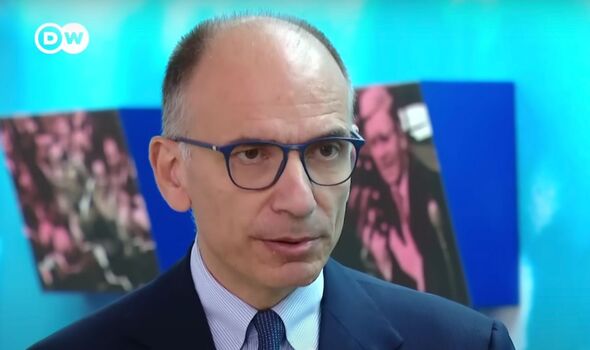 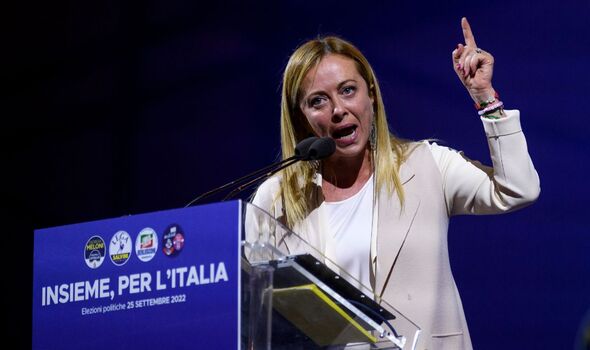 Describing the divide which has been growing between a pro-integration and pro-desintegration Europeans, he said Italy now faces a choice of either “being with France and Germany, [which] means environment, individual rights” or “being with Orban.”

Italians are heading to the polls on Sunday in a vote that could decisive in the country’s relations with the European Union.

The far-right Brothers of Italy – whose leader, Giorgia Meloni, is favorite to become Prime Minister – is on track to a clear victory in both houses of Parliament, according to a polls aggregator.

The Cattaneo Institute think tank, based on polls conducted up to August 31, shows the conservative bloc – headed by Giorgia Meloni – could elect at least 258 lawmakers out of 400 in the Chamber of Deputies, and 131 out of 200 in the Senate. 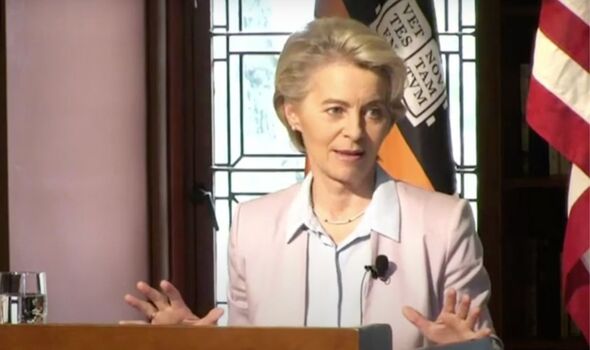 Ms Meloni has failed to shake off an anti-EU reputation she has been holding since February 2020 when the leader of the Brothers of Italy rallied against the “Brussels techno bureaucrats” who she said wanted to impose “the Soviet plan to destroy national and religious identities.”

In a dramatic U-turn on her previous EU stance, she said in an opinion article for Il Messaggero newspaper she wanted to work “in compliance with European regulations and in agreement with the [European] Commission” to use EU resources to promote Italy’s growth and innovation.”

European Commission President Ursula von der Leyen has issued a veiled threat to Giorgia Meloni’s right-wing bloc, saying that “if things go in a difficult direction… we have tools.”