The 200-million-strong UP state to make payment to poor and daily wage workers for income lost due to the pandemic. 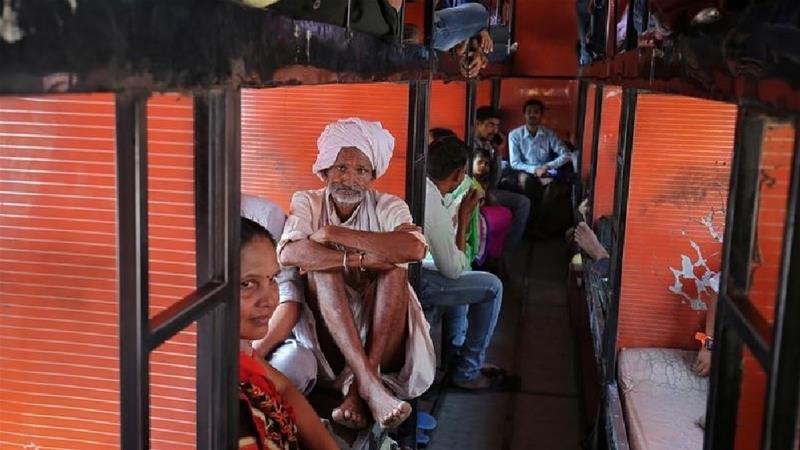 Millions of poor Indians may receive cash compensation for income lost due to coronavirus, as officials in northern Uttar Pradesh (UP) state start counting the number of qualifying citizens on Wednesday.

UP – the most populous state with a population of 200 million and one of the poorest in India – became the first to announce on Tuesday that it would make online payments to poor and daily wage workers if they lost work because of the global pandemic that has caused chaos worldwide and badly affected economic activities.

“We are tabulating the number of vegetable vendors, construction workers, rickshaw pullers, autorickshaw drivers and temporary staff at shops,” said a labour official who declined to be named as he was not authorised to speak to the media.

“This is a major decision. But we don’t have any data on the workers. The announcement is to make online payments to them, so we need the information such as social security numbers, bank account numbers, of all workers.”

25 million jobs could be lost globally

The International Labour Organization said on Wednesday that about 25 million jobs could be lost globally due to coronavirus.

With three deaths and 151 confirmed cases of the virus, of which 16 were from UP, India has seemingly fared better so far than elsewhere in Asia, Europe and North America.

Experts say the low number of infections in the second-most-populous nation might be due to the low rate of testing by authorities. They also say India’s already overstretched medical system would struggle to deal with a major rise in serious cases.

About 30 percent of UP state’s population – or 60 million people – live below the poverty line, surviving on less than $2 a day, according to Indian government and World Bank data.

The labour official said departments, including labour, finance and agriculture, were meeting on Wednesday, with a final report to be submitted to the chief minister within three days.

“We are in the process of preparing a scheme,” the state’s principal secretary for finance, Sanjiv Mittal, confirmed to the Thomson Reuters Foundation by phone.

Labour experts said the federal government must also consider reimbursing the labour costs of coronavirus-hit industries and small businesses to ensure they do not lay off staff.

“As the number of affected cases increase and we move towards a lockdown situation, businesses and workers will be severely impacted,” said Satpathy, who headed the Indian government’s expert committee on minimum wages.

Colorados backlog of COVID-delayed jury trials is shrinking, but lingers