During a televised address on September 21, Vladimir Putin declared the partial mobilisation of 300,000 draftees – its first mobilisation since World War 2. Since the announcement, Russians have piled to the border of neighbouring states trying to escape Putin’s tyrannical regime. This has gained attention from Russian expats and those looking to help people escape the country.

Within hours of Putin’s announcement, flight prices out of Russia rose significantly – some to nearby Turkey and Georgia as high as £4,450.

Images and videos on social media also showed the public scrambling to flee in a desperate bid to avoid war.

She said she saw a massive spike to the site for information on how to leave the country since the mobilisation announcement. 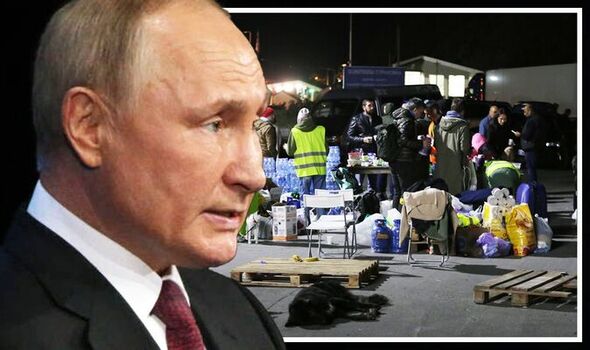 Ms Lobanovskaya, 33, told Express.co.uk: “The worst scenario has come true and we are seeing an even bigger exodus than when the war started.”

Millions of Russians have used the Guide to the Free World. Statistics show as many as 1.5million accessed it in just one day after the Russian leader’s announcement – the same number that visited for the whole of March.

Ms Lobanovskaya estimate as many as “70,000 Russians” using the group’s services have already left Russia or are making plans to leave. Many more are expected in the coming weeks and months.

She said those leaving are “people buying one-way tickets” who won’t be returning to the country “while mobilisation is still ongoing”. 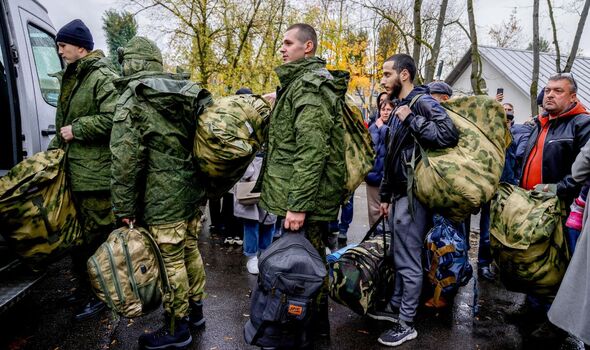 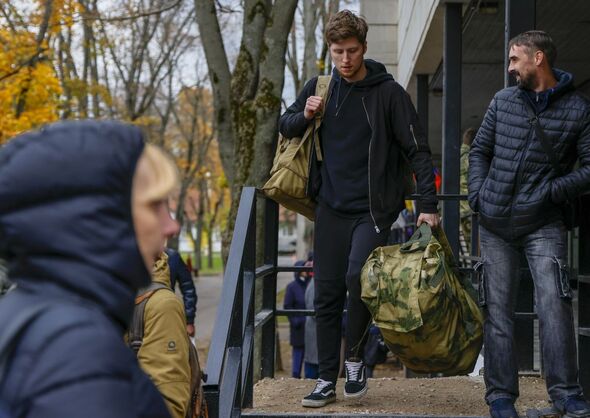 The mass exodus of Russians seeking to evade call-up has also caused a “significant” brain drain in the country, as young, educated professionals make up a huge number of those leaving, the Ministry of Defence has said.

The MoD said the exact number of people fleeing Russia is unclear but “it likely exceeds the size of the total invasion force” deployed into Ukraine when Moscow first invaded the country in February.

The defence ministry said: “The better off and well-educated are over-represented amongst those attempting to leave Russia.

“When combined with those reservists who are being mobilised, the domestic economic impact of reduced availability of labour and the acceleration of ‘brain drain’ is likely to become increasingly significant.” 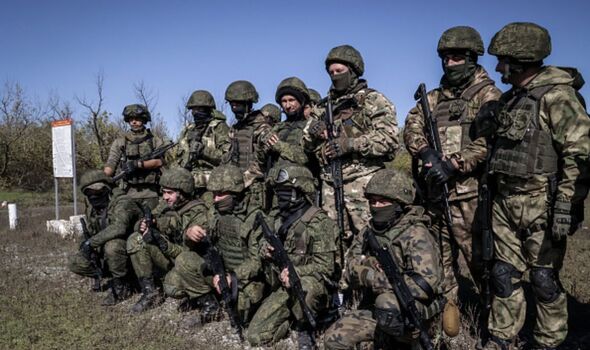 The Russian leader stopped short of a general mobilisation, which would see an estimated 20 million Russians conscripted to fight in combat.

Direct flights have shot up as much as 27 percent in price since the announcement and are selling out fast.

But options are limited as some countries are unwilling to receive fleeing Russians, including Germany which said each refugee will be examined on a case-by-case basis.

Latvia, Lithuania, Estonia and Poland recently decided to turn away Russian tourists at the border, while the EU has already banned direct flights between its 27 member states and Russia.

Reports from border crossings with Georgia, Finland and other countries indicate that Russian authorities have stopped some military-aged men from fleeing and enlisted them on the spot.

Over 15 people missing after ship sinks in Liberia

How did Volodymyr Zelensky become president of Ukraine?