Vladimir Putin claims to have ‘huge respect’ for Ukrainian culture

President Vladimir Putin declared he holds absolute “respect” for Ukrainian culture, language and literature despite launching a “special military operation” intended to bring the nation under the control of the Russian Federation. The Kremlin leader argued Russia would continue to “treat all that’s Ukrainian with respect” as Moscow plans to move forward with ambitions to annex territories occupied by military force. In wake of the video address, discrepancies have been highlighted between the President’s latest revelation and his previous statements which suggested Ukraine’s status as an independent nation did not exist. The sudden shift in his position on Ukrainian sovereignty has left some branding Vladimir Putin a “hypocrite”.

Speaking during a video conference, President Putin said: “Despite the current tragedies, we have always had, and continue to have, huge respect for the Ukrainian people, Ukrainian culture and for the Ukrainian language and literature.

“We have never allowed anything to happen like is being allowed to happen in Ukraine to Russian culture and the Russian language.

“We will go our own way, we’ll treat all that’s Ukrainian with respect.”

He added: “There are three million Russian citizens of Ukrainian origin – we’ve never distinguished between them at all and we don’t intend to discriminate between Russians and Ukrainians.” 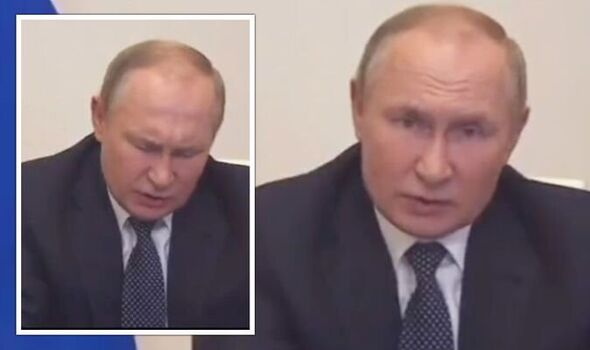 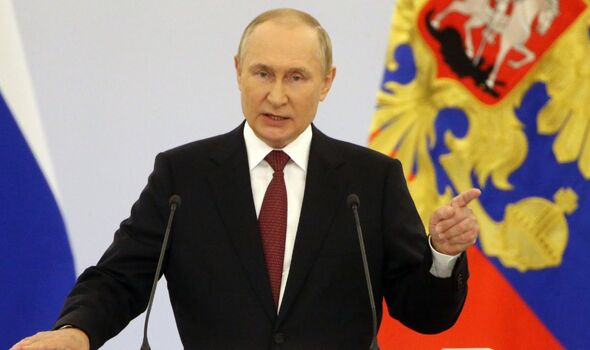 Journalist Francis Scarr, who shared the footage on social media, noted the contrast between Putin’s claim of “respect” for Ukraine and his following note that he did not intend to “discriminate” between Russian and Ukrainian people.

In a later Tweet, the journalist said: “At the end, he does say that Russia has never distinguished between Russians and Ukrainians, which is his indirect way of saying that Ukrainian national identity doesn’t really exist.”

This analysis builds upon Vladimir Putin’s previous claim that the Ukrainian and Russian populations are “one people”.

Users on Twitter quickly began reacting to the warped claims of the Russian President, many noting his apparent sudden U-turn on acknowledging distinguished Ukrainian culture. 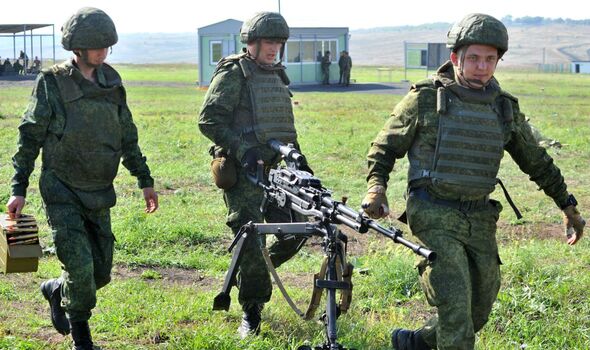 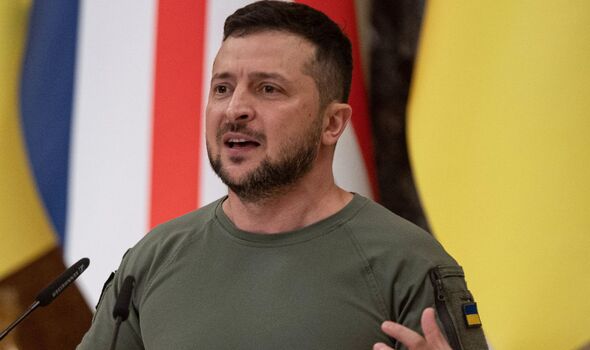 @gaukholitics said: “What a freaking hypocrite.”

Another user, @mikeblakeney said: “I thought they were ‘one people’.”

Others questioned the physical appearance of Vladimir Putin, questioning if the address had actually been made by the Kremlin leader or by an apparent body double.

@AO1895559 said: “Is that actually Putin? He looks younger and healthier than the version I saw a few weeks ago”

The speculation comes after a collection of unverified reports suggested the Russian President had been represented by a series of stand-ins in an attempt to disguise his rumoured ill-health. 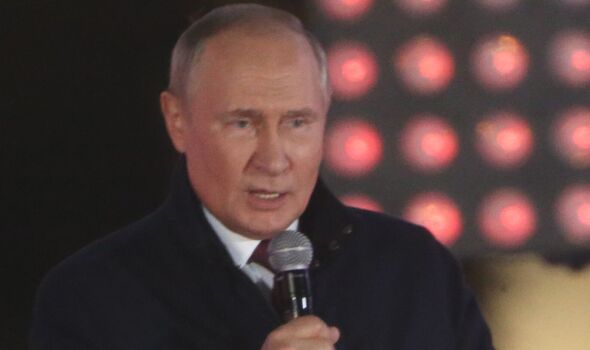 President Putin’s claims of “respect” for Ukrainian identity arose as the Kremlin insisted on moving forward with plans to annex regions under Russian military occupation.

Ahead of the formal annexation announcement, Moscow conducted a number of pseudo-referendums among the populations of Russian-controlled areas. Kremlin sources suggested up to 99 percent of voters favoured becoming part of the Russian Federation.

The result has been slammed by world leaders, with Ukrainian authorities branding the referendums a “sham”. The UN claimed the public vote could not be considered legal as the event was conducted without the consent of the Ukrainian Government,

In his speech announcing the annexation plan, President Putin claimed Russia and Ukraine shared a “common destiny”. He added that the populations shared a “spiritual connection” meaning Ukraine was inherently meant to be a part of the Russian Federation.