Home » World News » How the U.S. Lost Ground to China in the Contest for Clean Energy

Americans failed to safeguard decades of diplomatic and financial investments in Congo, where the world’s largest supply of cobalt is controlled by Chinese companies backed by Beijing.

A man peeked into the construction site of a large Central African cultural center funded by the Chinese government in Kinshasa, Democratic Republic of Congo.Credit…

By Eric Lipton and Dionne Searcey

WASHINGTON — Tom Perriello saw it coming but could do nothing to stop it. André Kapanga too. Despite urgent emails, phone calls and personal pleas, they watched helplessly as a company backed by the Chinese government took ownership from the Americans of one of the world’s largest cobalt mines.

It was 2016, and a deal had been struck by the Arizona-based mining giant Freeport-McMoRan to sell the site, located in the Democratic Republic of Congo, which now figures prominently in China’s grip on the global cobalt supply. The metal has been among several essential raw materials needed for the production of electric car batteries — and is now critical to retiring the combustion engine and weaning the world off climate-changing fossil fuels.

Mr. Perriello, a top U.S. diplomat in Africa at the time, sounded alarms in the State Department. Mr. Kapanga, then the mine’s Congolese general manager, all but begged the American ambassador in Congo to intercede.

“This is a mistake,” Mr. Kapanga recalled warning him, suggesting the Americans were squandering generations of relationship building in Congo, the source of more than two-thirds of the world’s cobalt.

Presidents starting with Dwight D. Eisenhower had sent hundreds of millions of dollars in aid, including transport planes and other military equipment, to the mineral-rich nation. Richard Nixon intervened, as did the State Department under Hillary Clinton, to sustain the relationship. And Freeport-McMoRan had invested billions of its own — before it sold the mine to a Chinese company.

Not only did the Chinese purchase of the mine, known as Tenke Fungurume, go through uninterrupted during the final months of the Obama administration, but four years later, during the twilight of the Trump presidency, so did the purchase of an even more impressive cobalt reserve that Freeport-McMoRan put on the market. The buyer was the same company, China Molybdenum.

China’s pursuit of Congo’s cobalt wealth is part of a disciplined playbook that has given it an enormous head start over the United States in the race to dominate the electrification of the auto industry, long a key driver of the global economy.

But an investigation by The New York Times revealed a hidden history of the cobalt acquisitions in which the United States essentially surrendered the resources to China, failing to safeguard decades of diplomatic and financial investments in Congo. The sale of the two mines, also flush with copper, highlights the shifting geography and politics of the clean energy revolution, with countries rich in cobalt, lithium and other raw materials needed for batteries suddenly playing the role of oil giants.

The loss of the mines happened under the watch of President Barack Obama, consumed with Afghanistan and the Islamic State, and President Donald J. Trump, a climate-change skeptic committed to fossil fuels and the electoral forces behind them. More broadly, it had roots in the end of the Cold War, according to previously classified documents and interviews with senior officials in the Clinton, Bush, Obama, Trump and Biden administrations. 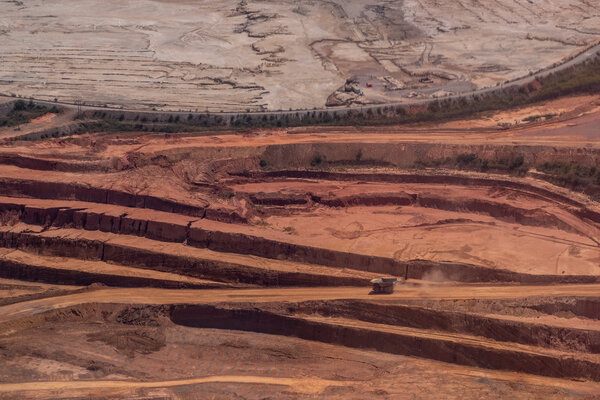 For decades, the United States worried that the Soviet Union would gain control of Congo’s copper, cobalt, uranium and other materials used in defense manufacturing. Securing U.S. interests there was a topic of presidential-level concern and involved extensive interventions by the Central Intelligence Agency.

With the collapse of the Soviet Union, both Democratic and Republican administrations shifted attention away from containing Communism and slashed generous financial aid that had helped American companies do business in Congo, the documents and interviews show.

In Africa, in particular, the United States pivoted toward human rights and good-governance issues. And globally, after 2001, the War on Terror became an all-consuming preoccupation.

Mr. Perriello, who has since left government, said he learned of the plan in 2016 to sell Tenke Fungurume not long after touring the mine. The owner had a tarnished reputation for its operations in other countries, and Mr. Perriello had counted himself a skeptic.

Still, he was convinced that American ownership was good not only for the United States but for the people of Congo. Freeport-McMoRan got largely favorable reviews on the ground, was employing thousands of Congolese and had built schools and health care clinics and provided fresh drinking water.

“What can we do?” Mr. Perriello recalled asking Linda Thomas-Greenfield — who was then an assistant secretary of state with responsibility for Africa and is now President Biden’s ambassador to the United Nations — about keeping the mine under American control. Mr. Perriello said he raised the issue with the National Security Council as well. (A spokeswoman for Ms. Thomas-Greenfield said she remembered the sale of the mine but not the conversation with Mr. Perriello, and several members of the N.S.C. also said they could not recall such a conversation.)

The only serious bidders were Chinese companies, leaving no doubt about the consequences of standing by. “They were able to move swiftly and quicker than anybody else could,” Kathleen L. Quirk, Freeport-McMoRan’s president, said in an interview. “So we got the deal done.”

Freeport-McMoRan had been determined to sell. The company, one of the world’s largest copper-mining outfits, had made a catastrophically bad bet on the oil and gas industry just before oil prices tanked and the world began to shift to renewable energy. With debt piling up, the company saw no option but to unload its Congo operations.

The American response, in essence, was nothing because it was a straight financial transaction. Though the country, through the Committee on Foreign Investment in the United States, reviews overseas investments in American companies for national security risks, it has no oversight of transactions by American companies abroad.

The crisis, exposing significant blind spots of U.S. leaders, was just the kind of opportunity the Chinese government excels at exploiting, according to previously unreported documents and emails and interviews with diplomats, mining executives, government officials and others in China, Congo and the United States.

Over the past year, as the clean energy transition has accelerated, the U.S. government and the private sector have moved more rapidly to recover from past mistakes, scouring the world for new cobalt supplies and deploying cobalt-free batteries in some shorter-range electric cars.

But all of that falls far short of Chinese efforts to take over resources critical to a green future, including cobalt, lithium and others.

Race to the Future

Players in the clean energy revolution are increasingly caught in a cycle of exploitation and greed over resources. At the center of it is the quest for a prized metal: cobalt.

Yemen: ‘Millions of children could die unless the world wakes up to what’s happening here’