Bulgarian authorities accuse Mohammed Abdulqader of fighting in Syria based on photos. His family says he is innocent. 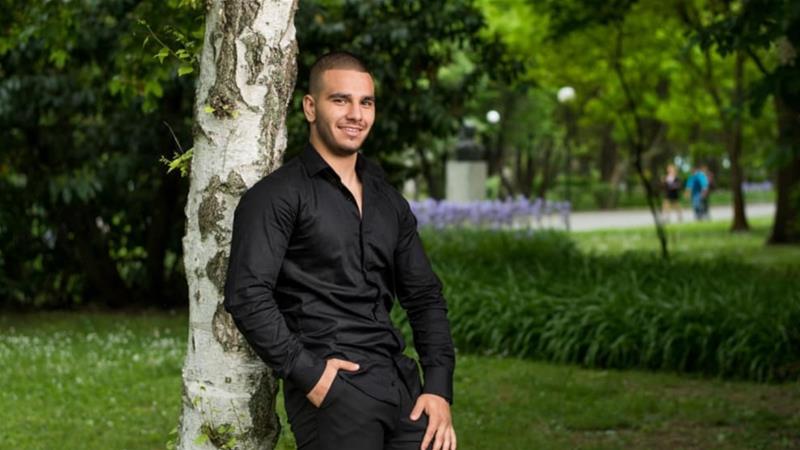 On July 1, at 6am, masked officers of the Bulgarian national security and anti-organised crime agencies burst into the small apartment where Anelia Petrova and her son, Mohammed Abdulqader, were staying in the Bulgarian port city of Burgas.

After a thorough search, they confiscated all mobile phones and laptops and took all inhabitants – Petrova, her son, her sister and her family – in custody.

Everyone was later released, except 21-year-old Abdulqader who was arrested on terrorism charges.

The Specialised Prosecutor’s Office has said Abdulqader, a Bulgarian citizen born to a Bulgarian mother and Syrian father, had participated in “terrorist activities” in Syria.

As evidence, the prosecution has pointed to multiple photos from Syria Abdulqader had posted on social media and his father’s membership in the Sultan Murad Division armed group in Syria.

The group was part of the Free Syrian Army supported by the Friends of Syria, an international coalition, which Bulgaria was part of.

Al Jazeera spoke to Abdulqader’s family that he was never involved in the fighting. He had a promising career as a wrestler, having won Bulgaria’s youth national championship three times, they said.

“I am in shock. I don’t know why this is happening,” the mother, Anelia Petrova told Al Jazeera. “[The accusations] are nonsense, they are untrue […] You cannot accuse a child [of terrorism] based on photos.”

Abdulqader is the first person to be tried in Bulgaria for “terrorist activity abroad” under Law 108A of the Bulgarian criminal code. 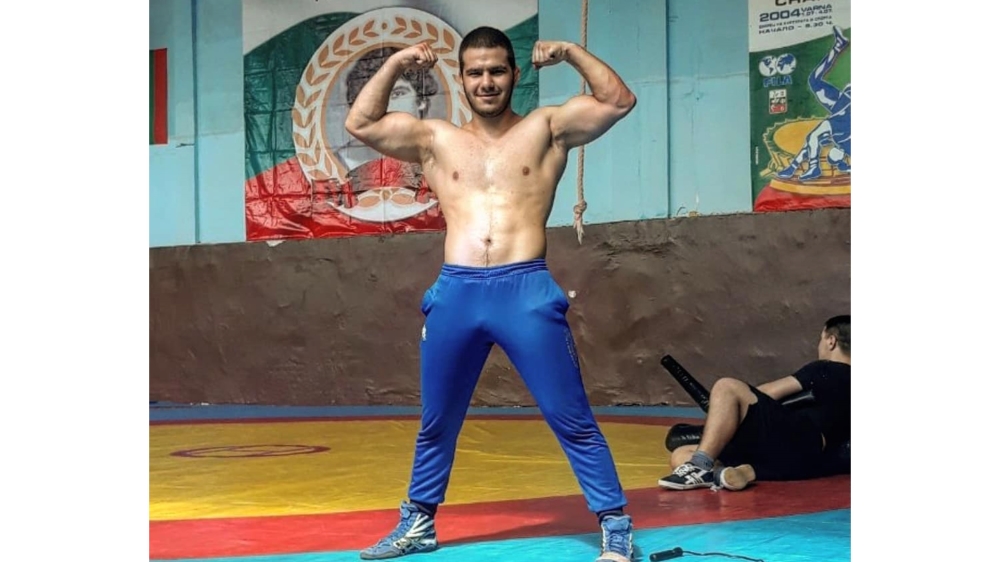 According to the prosecution, Abdulqader has been in Syria multiple times since 2015, where he has “fought alongside different jihadist terrorist groups”.

It published four photos of the accused wearing military uniform, holding various weapons and pointing a finger towards the sky.

The prosecution claimed that Abdulqader had a “secret” social media profile under the name “Mohammed, the Jihadi” and that there was a secret witness against him.

Chief Public Prosecutor Ivan Geshev told the media that Abdulqader had been “recruited by his father, who is a leader of a terrorist organisation”, but he did not pose a direct threat to national security.

Meanwhile, various pundits speculated on Bulgarian television that Abdulqader and his father were involved with the ISIL (ISIS) armed group, although in one of the four photos released by the prosecution, only the red flag of the Sultan Murad Division could be seen.

Bulgaria is relatively near Syria and has a sizable Muslim community, which makes up more than 10 percent of the population, but it has not seen a large number of its citizens travel to Syria and Iraq to join ISIL or other armed groups.

In the past conversations with the Bulgarian officials, Al Jazeera was told that the Bulgarian citizens who had left to fight in Syria are less than five, including one Syrian-born Bulgarian.

None of them was known to have returned and none was underage. Abdulqader was 16 when his supposed crime took place. 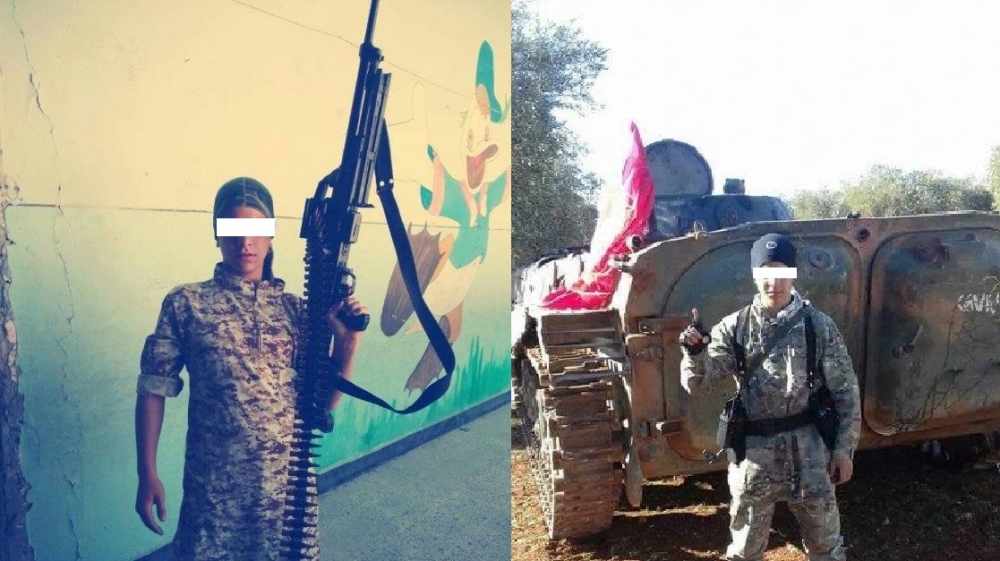 Ivaylo Naidenov, Abdulqader’s lawyer, told Al Jazeera that the prosecution filed the case against his client in February this year, but he had no information on how long he had been under surveillance or what the secret witness had said.

“There is no proof of him ever participating in [fighting],” Naidenov said, adding he had not seen any substantial evidence put forward by the prosecution so far.

His father, Ahmad Jammu, who is currently based in northern Syria, confirmed that the photos released by the prosecution were indeed Abdulqader’s but denied he ever participated in fighting or received military training.

Petrova said Abdulqader took photos of himself in Syria to show off in front of his peers in Bulgaria and pointed to his social media accounts in Facebook and Instagram, both of which contain images of him in Syria, posted over the past four years.

Abdulqader was born in Bulgaria’s capital Sofia in 1999, but spent part of his childhood in Aleppo, Syria, where his father had a booming business with wedding halls, cafes and shoe manufacturing.

When the war broke out, he and his mother came to Burgas where he started studying in a Bulgarian school and training in wrestling. He won his first national competition in 2013.

Throughout the past few years, Abdulqader and his mother would occasionally go to meet his father, mostly in Turkey and on rare occasions in Syria.

His wrestling coach Nikolai Dachev, who has trained him since he was 12, told Al Jazeera he was aware of these trips but they were always for a short period. 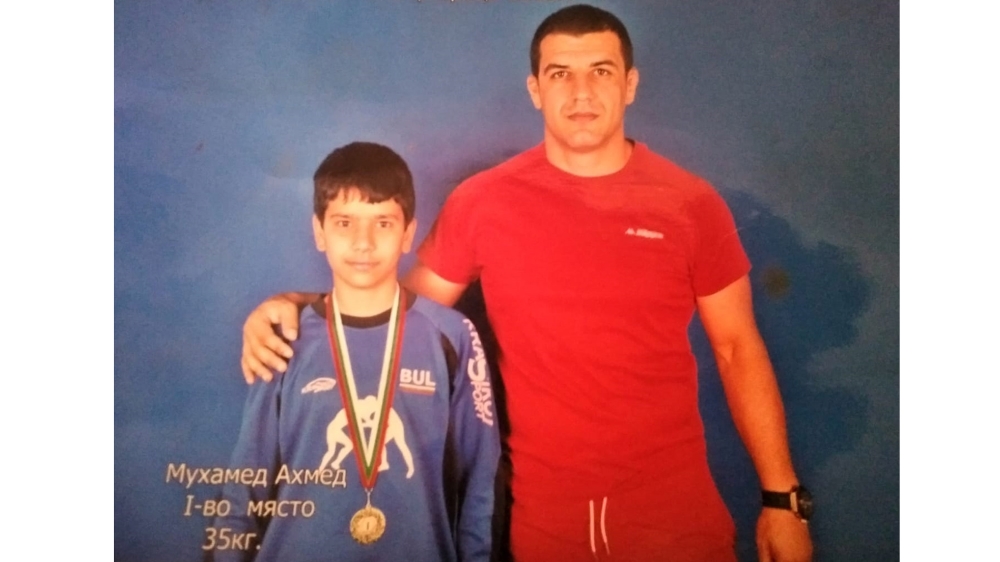 “He has never had any problems in school. He never showed that he ever had such tendencies. If there had been anything, I would have noticed,” Dachev said.

Nikolai Buzov, who described himself as Abdulqader’s best friend, told Al Jazeera that he knew all of Abdulqader’s social media accounts and no such “secret” profile exists.

Buzov said he has known Abdulqader for about 10 years and called the prosecution’s claims “nonsense”.

He described Abdulqader as a non-religious person, who liked to go out to nightclubs and was “a bit of a show-off”, posting photos on social media to impress others.

Buzov said Abdulqader’s father pushed him constantly to study so he could earn a good living, given the family’s precarious situation.

Neither he nor any of Abdulqader’s other close friends, who would confirm his innocence, was questioned by the police, Buzov said.

Jammu, Abdulqader’s father, confirmed he was a member of the Sultan Murad Division, but rejected the accusations that he was a “terrorist” and had “radicalised” his son.

He told Al Jazeera that he participated in the anti-government protests in 2011 and after the government crackdown, joined the organisation for self-defence. He said he had given up fighting three years ago and currently has a civilian job at a border crossing on the Turkish-Syrian border, which is under opposition civilian administration.

Al Jazeera was able to obtain a copy of his work ID, confirming his present employment at the border.

The Sultan Murad Division was founded in 2012 by members of the Turkic-speaking Turkoman ethnic minority to defend Turkoman communities in Aleppo province from the Syrian government forces.

In 2015, the armed group was vetted by the United States as “moderate opposition” and made part of its train and equip programmein Syria. 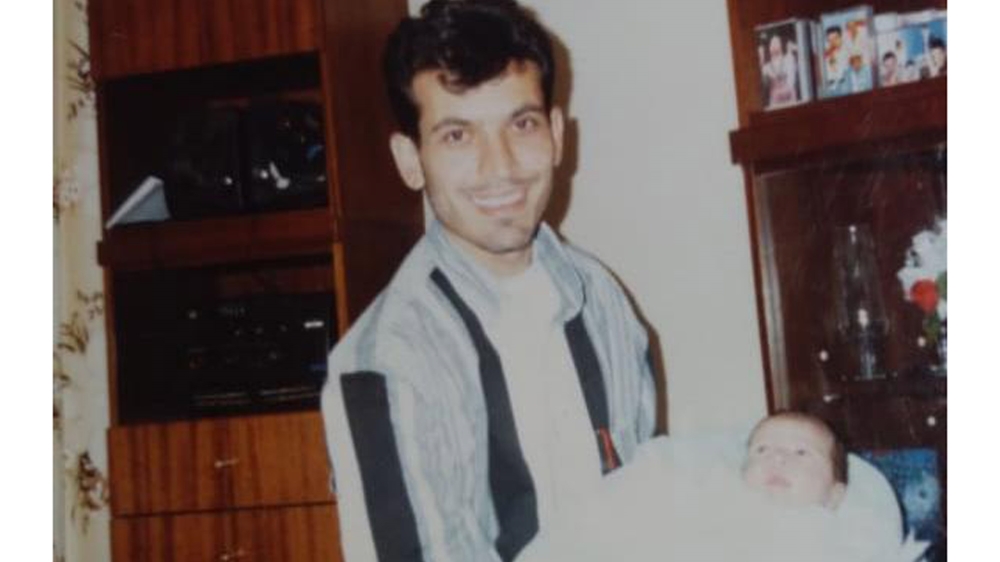 It has also been supported and armed by Turkey and under Turkish pressure, it joined the armed opposition delegation in the Russia-sponsored Astana peace talks.

The Sultan Murad Division participated in the fight against ISIL, backed by the US air force, and joined the Turkish-led anti-ISIL operation Euphrates Shield in 2016-17.

Jammu told Al Jazeera he fought against ISIL and survived several attempts on his life by ISIL members.

Since 2018, when Jammu said he retired from fighting, the Sultan Murad Division has been part of Turkey’s operations in Syria against the Kurdish-dominated Syrian Democratic Forces (SDF).

Some of its members have been accused of human rights violations during the anti-SDF operations, particularly against the Kurdish minority, but the group is not listed as a “terrorist” group by the European Union, the US, Russia or the United Nations.

Naidenov, Abdulqader’s lawyer, said he was not sure how the prosecution decided that the Sultan Murad Division was a “terrorist” organisation.

The Special Prosecutor’s Office did not respond to an Al Jazeera request for comment on the matter.

“From what I understand, the authorities, the people leading this court case have no idea what this [armed] group does in Syria. The expertise is minimal,” Ruslan Trad, a Syrian Bulgarian journalist and commentator, told Al Jazeera.

According to him, there has been increasing scrutiny and pressure by the Bulgarian authorities on the Syrian community over the past few years. Last year, five Syrian citizens, who had also travelled to Syria, were arrested in Bulgaria for “financing terrorism”, but the charges could not be proven so they were eventually released, Trad said.

Abdulqader’s arrest has worried the community, with some Syrians deleting profiles on social media out of fear. Up until 2018, many Syrians residing in Bulgaria would often travel to Syria to do business and see family. Such trips were nothing out of the ordinary, Trad said. 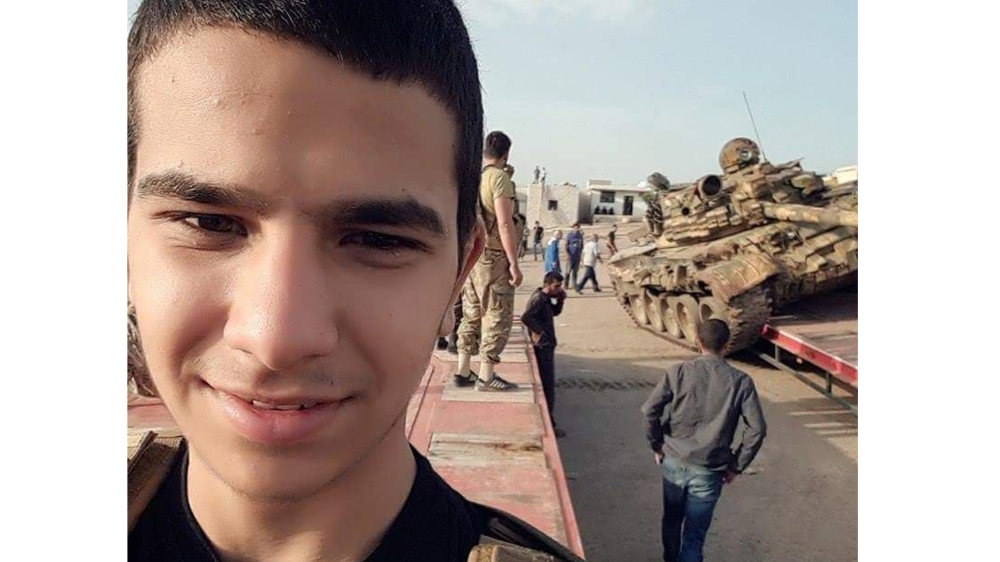 The story behind the photos

Abdulqader’s family told Al Jazeera that the four photos released by the prosecution were taken in Syria in late 2015 and early 2016.

In 2015, as the Syrian opposition advanced and the Syrian government seemed to be losing the battle, Petrova and her son decided to visit her husband in Aleppo.

They were able to enter Syria legally through the Bab al-Salama border crossing, which at that time was controlled by the Syrian opposition and which up until then had seen an almost uninterrupted flow of people and goods between opposition-controlled Syrian territories and Turkey.

Once the two arrived in Syria, however, the situation quickly deteriorated.

The fight against ISIL, in which the Sultan Murad Division was involved, escalated and in late September, Russia launched its military operation in Syria, bombarding Aleppo and other opposition-held areas.

The border was closed on the Turkish side and Petrova and her son were unable to leave.

According to her, they remained stuck in Syria until May 2016. It was during this time that Abdulqader was photographed in military uniform holding weapons, but his family insisted he never participated in the fighting.

As they grew desperate to leave, Petrova contacted the Bulgarian embassy in Ankara, which tried to help but was ultimately unable to get a permission from the Turkish authorities for their re-entry into Turkey, she said.

The foreign ministry did not respond to an Al Jazeera request for comment on the matter, but the family’s ordeal was described in an article published in the Turkish daily Yeni Safak on January 14, 2016.

Eventually, Jammu arranged for her and their son to be smuggled out of Syria and they made it back to Bulgaria in May that year. Petrova said they did not get questioned upon their return to Bulgaria.

Afterwards, Abdulqader would see his father occasionally in Turkey. According to Jammu, his son made two short visits to Syria in 2018 and 2020 for the Eid holidays to see relatives.

In 2019, Abdulqader graduated from the sports school, but decided he could not earn a living in Bulgaria with his wrestling career. 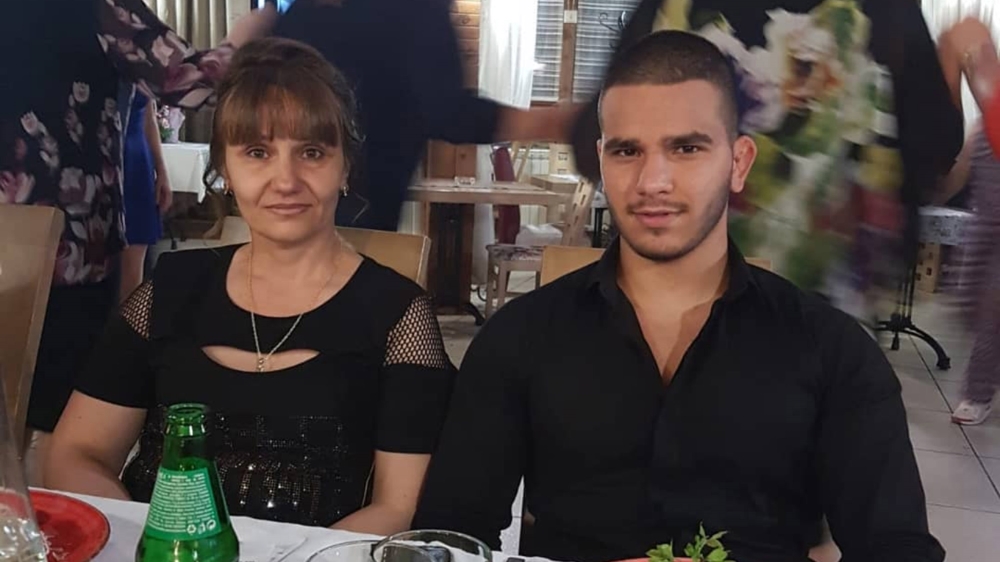 His mother told Al Jazeera they decided to go to Turkey and try to work and study there.

His father is a legal Turkish resident and owns a house in the southern Turkish city of Gaziantep, which allowed both of them to stay in the country legally.

But neither Abdulqader, nor Petrova liked living in Turkey, so they returned in late June with the hope of starting anew in Bulgaria.

The plan was for Abdulqader to apply for police training and for his mother to find a job. Neither of them expected what would happen next.

“This has been a great horror for us,” said Petrova. “Mohammed is innocent […] and he believes in the Bulgarian justice system, he believes the truth will come out.” 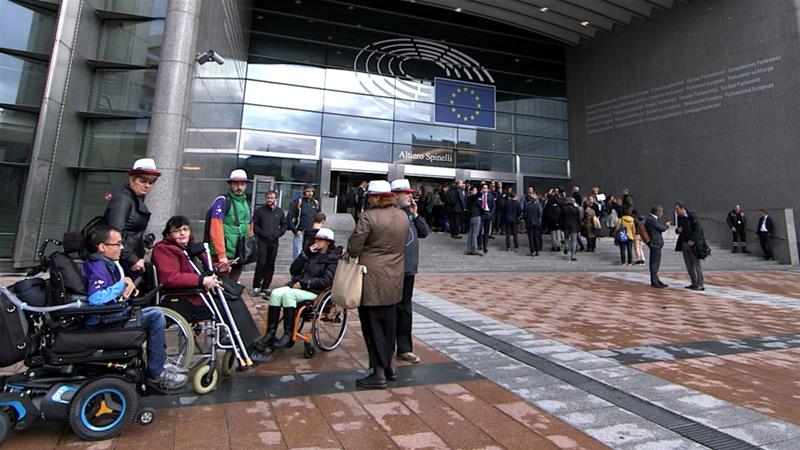