Police in Hong Kong have made their first arrests under a controversial new security law imposed by China’s central government.

Police had made multiple warnings to a crowd in the Causeway Bay shopping district – telling them that they might be in violation of the law. 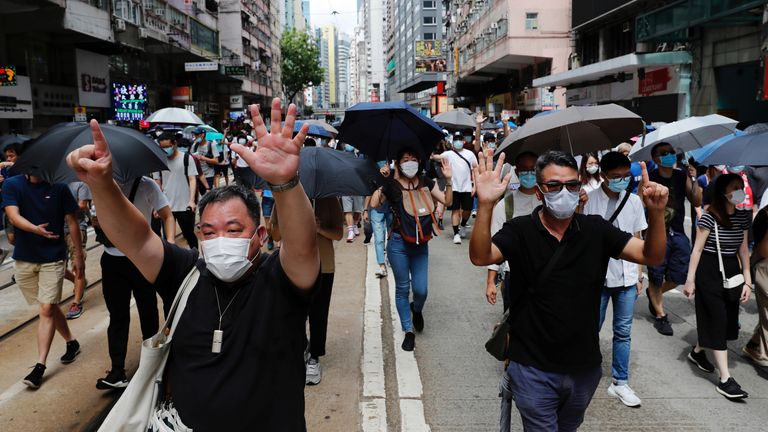 Overall, at least 30 people have been arrested on various charges – from unlawful assembly to the violation of the national security law.

The law makes secessionist, subversive, or terrorist activities illegal, as well as foreign intervention in the city’s internal affairs.

Any person taking part in pro-independence activities, such as shouting slogans or holding up banners and flags, is in violation of the law – irrespective of whether violence is used.

Critics say it effectively ends the “one country, two systems” framework under which Hong Kong was promised a high degree of autonomy. Thousands of demonstrators have gathered for an annual rally marking the anniversary of the former British colony’s handover to China in 1997.

Riot police are using pepper spray to detain people, while shops and one metro train station are closed. Water cannon has also been fired.

Crowds spilling out into the streets chanted “resist till the end” and “Hong Kong independence”.

One 35-year-old man, who gave his name as Seth, said: “I’m scared of going to jail but for justice I have to come out today, I have to stand up.”

Joshua Wong, a pro-free speech activist, tweeted he was on the streets to protest the new law. “We shall never surrender – now is not the time to give up,” he said. 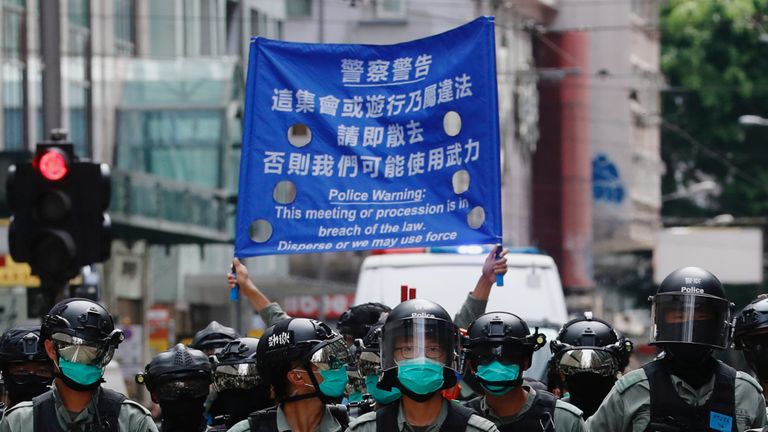 Protesters also resurrected a tactic from last year’s protests – shouting “one, two, one, two” to coordinate steps as they fled from police to prevent a stampede.

One officer meanwhile yelled at reporters for filming, telling them to “turn around and leave” and “film yourself instead”.

NSTU prepare for distance learning plan: ‘We have no road map for what we’re dealing with’