HONG KONG (Reuters) – Hong Kong leader Carrie Lam warned on Tuesday the city could not afford further “chaos” as it marked the first anniversary of the start of rolling mass pro-democracy protests. 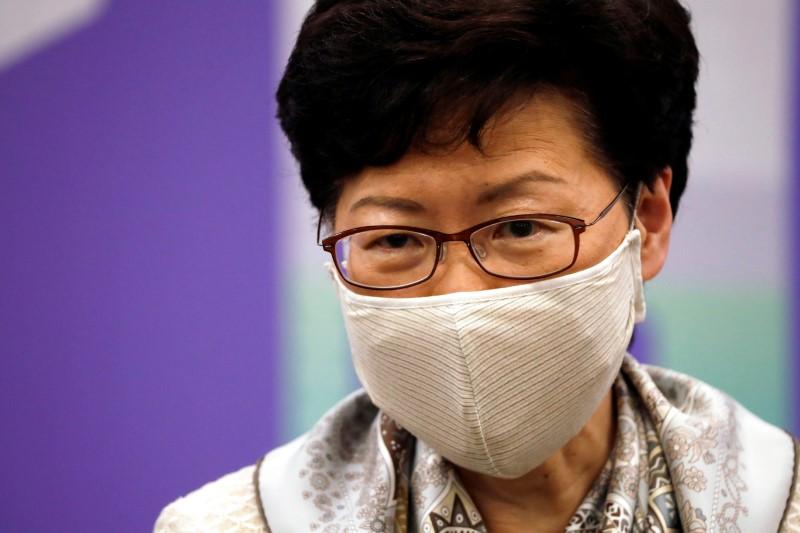 More than a million people flooded the streets a year ago to protest a bill by Lam’s government that would have allowed people to be extradited to mainland China, where courts are controlled by the Communist Party, for trial.

Lam later withdrew the bill but the legislation triggerd widespread concern that the central government in Beijing was stifling freedoms in the global financial hub, sparking months of anti-government protests.

“All of us can see the difficulty we have been through in the past year, and due to such serious situations we have more problems to deal with,” Lam said during her weekly media conference, which coincided with the anniversary.

After a relative lull in protests during the coronavirus pandemic, demonstrators have returned to the streets in recent weeks and more rallies are expected.

Activists have called for people to gather at lunchtime and later on Thursday to mark the anniversary of last year’s mass rally. They have also announced plans to hold a referendum on Sunday about whether to launch a city-wide strike against national security laws proposed last month.

That legislation, which authorities insist will focus on “troublemakers” who pose a threat to national security, has ratcheted tensions higher. Lam cautioned against the activists’ plans to hold a strike referendum.

“Over the past year, Hong Kongers and the world have been bearing witness to the deteriorating situation in Hong Kong, with Beijing tightening its grip over the city’s liberties, democracy activist Joshua Wong said in a Twitter feed.

On Monday, a Chinese official suggested that the degree of autonomy that Hong Kong would have when the post-colonial agreement on its status runs out in 2047 could depend on how the city behaves until then.