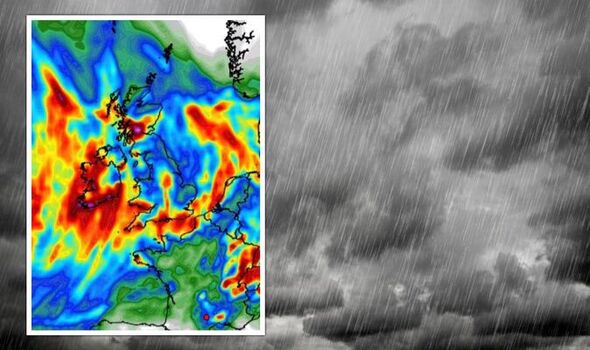 Sea temperatures in the sub-tropics, where low-pressure builds at this time of year have risen, turning ocean waters into a storm ‘breeding ground’. The Met Office’s three-month outlook confirms latest weather models favour September, October and November to be wetter than normal. However, the report predicts an average outlook for the UK, and warns main thrust of the downpour will hit northern England. 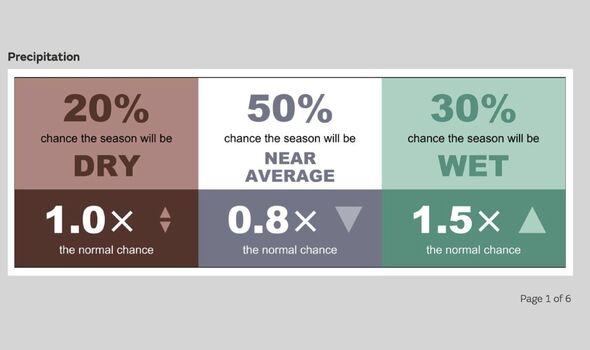 Southern Britain, it says, will continue to be largely dry, with little in the immediate future to end the drought crisis.

It states: “The outlook shows a risk of dry conditions continuing in the south and east of the UK, with little sign of the levels of rainfall needed to end current drought conditions.

“In contrast, impacts from heavy rain are more likely than usual for western and north-western parts of the country.”

Independent forecasters agree swathes of the country face an autumn of floods as heavy rain sets in through the coming weeks.

These will be more likely across Scotland and the north which are in the firing line for the heaviest showers.

Hosepipe bans remain in force across swathes of southern England, including London, Kent, the West Country, Wales and parts of Yorkshire.

Although a switch from unforgiving, blazing heat to cooler, damper conditions has been welcomed, restrictions are likely to remain for some time. 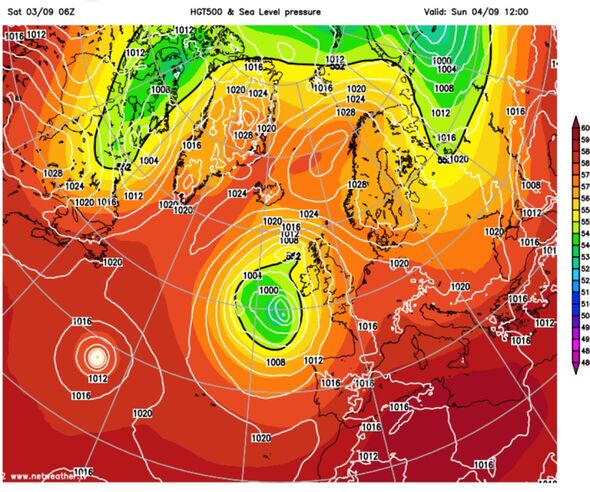 Jim Dale, meteorologist for British Weather Service, and an expert in weather safety and impacts, said: “The drought will start to unwind through the coming weeks and months, and any rain we get will help the situation.

“However, it is not going to be quick, and I expect it will be October before we start to see water levels heading back to where they were before the summer drought set in.

“But there has not been a drought in history that has not resolved through the autumn and the winter, and I expect this one to be no different.”

Heavy rain through the coming days will bring the risk of floods to parts of the country, he warned.

He said: “The further west and north you are, the more likely you will be to see precipitation.

“Where there is heavy rain, there will be the risk of flooding, because with the ground still dry in parts after the summer, rather than soaking in, the rain will tend to run off.”

The Met Office has issued rain warnings across north-western Scotland and Northern Ireland today where more than three inches could fall in hours. 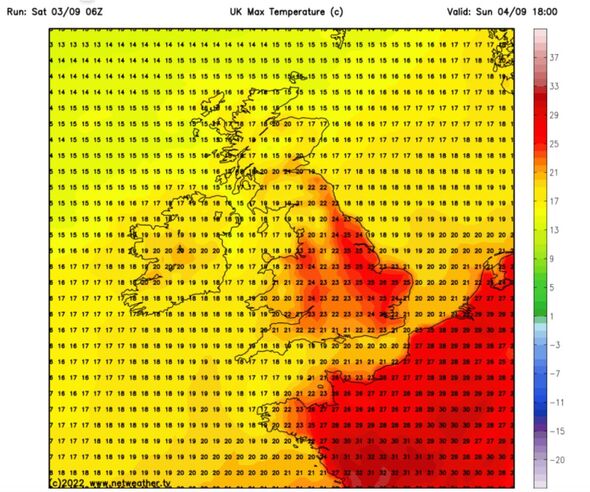 Government forecasters warn to expect travel disruption and damage to homes and businesses.

Met Office meteorologist Alex Deakin said: “Into next week, there are more heavy downpours to come.”

However, temperatures in parts will rocket today as strong sunshine brings a tropical feel to the start of autumn.

Mr Deakin said: “Temperatures will generally be a bit above average particularly in the sunshine where we could see temperatures getting into the mid-20CS across East Anglia.”

The warnings come as Britain braces for a turbulent week of stormy weather as the remnants of Hurricane Danielle fuel an autumn hammering.

The Met Office said this year’s storm season in the Atlantic was shaping up to be unusually active.

Met Office meteorologist Alex Deakin said: “The Atlantic Hurricane season has been remarkably quiet so far, but things are changing in the Atlantic and we are expecting things to get a little bit more active over the next couple of days.

“In the sub-tropics, sea temperatures are above average and that could be a breeding ground for deep areas of low pressure that could head our way.

“This is one thing we need to keep an eye on as we go into the back end of next week.”

Britain will start to ‘feel like autumn’ this week as high pressure responsible for the summer heatwaves finally gives way to Atlantic lows.

Weathertrending’s John Hammond said: “There is a big change with low pressure swooping down from the northwest and this will envelop most of the UK a trend to cloudier, wetter and windier weather and it is going to feel more like autumn.”