Home » World News » Have Your Say: Should UK join a new EU style group? Who should be in it? 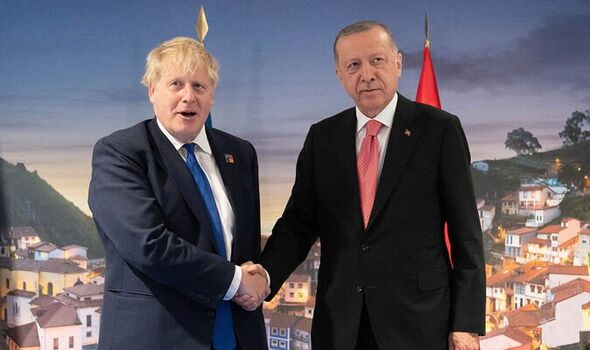 You can add your voice to the tens of thousands of comments posted daily on Express.co.uk and have your say on the big issues facing the country today.

Prime Minister Boris Johnson has claimed “paternity” of an idea first mentioned by French President Emmanuel Macron of expanding Europe’s diplomatic horizons to include nations not closely linked with the EU.

Speaking during the NATO Madrid summit yesterday, he said countries should approach Turkey, Maghreb and Ukraine with the aim of forming a bloc linked by their relationships akin to the “Mare Nostrum of the Roman Empire”.

But the idea may not sit comfortably with the many Brexit-backing Britons, who fear Mr Macron would attempt to pull Britain back under EU regulations.

Number 10 has pledged this would not happen, but Mr Johnson’s newfound attitude marks a dramatic shift from the Brexit campaign and 2019 elections.

Many Brexiteers also objected to the suggestion that the bloc would soon admit Turkey – which is further away from joining than when it first applied in 1983 – a country the Prime Minister hailed as “crucial” to his vision.

He also mentioned Israel, a longtime western ally, as another potential partner, but would its addition prove persuasive enough for Britons to try a new Europe-led union?

While You Were Sleeping: 5 stories you might have missed, April 26