MURMANSK, Russia (Reuters) – When a group of French chess players traveled to the Russian Arctic city of Murmansk for a tournament this month, they didn’t expect to end up in quarantine and face delays in getting home. 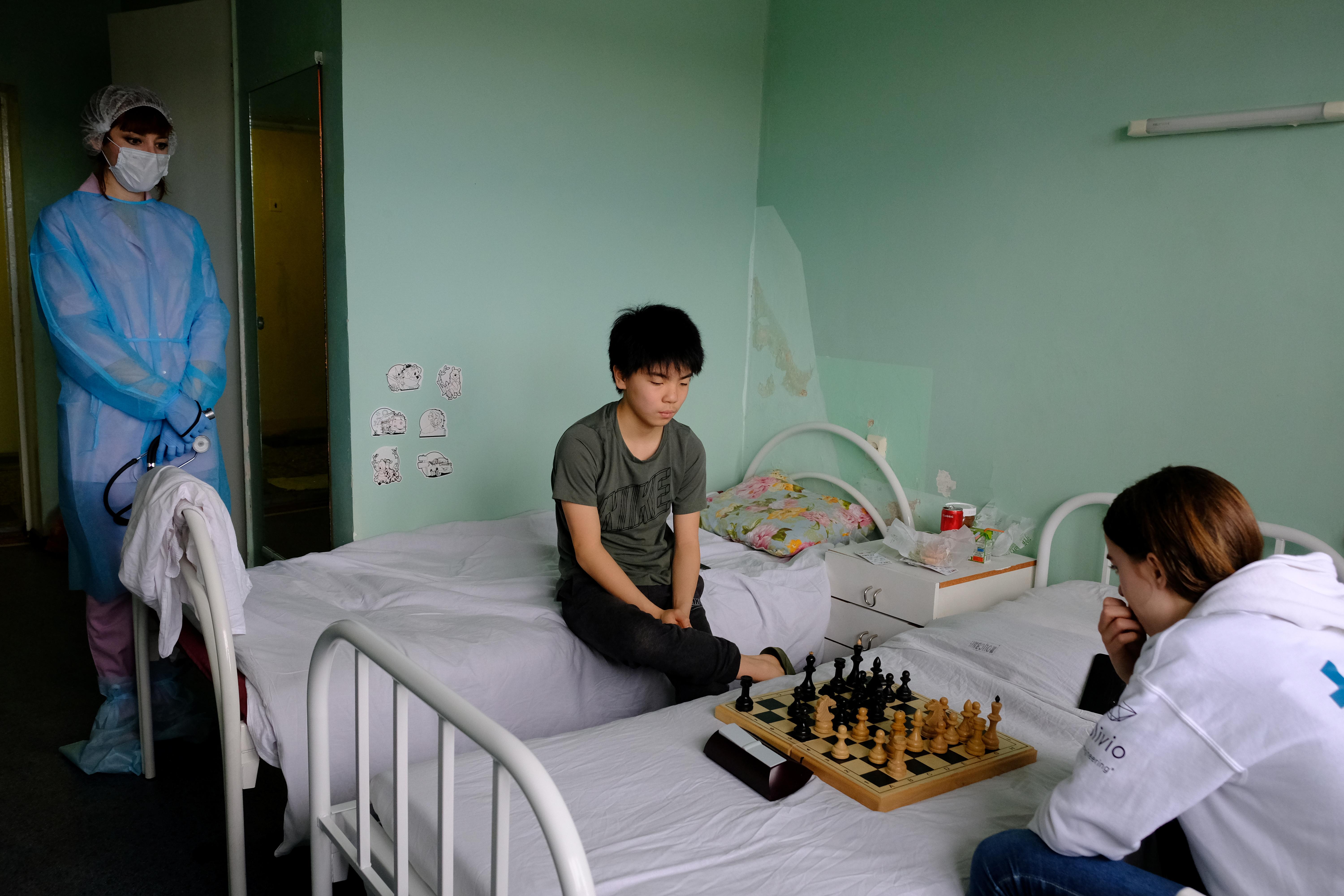 Hailing from the Ile-de-France region, the 14-strong group, which includes eight minors, arrived in Murmansk, 1,480 kilometers (920 miles) north of Moscow, on March 12 to play opponents from Russia, Ireland and the Netherlands.

But the tournament was derailed when an Irish player was diagnosed with the coronavirus, forcing other participants into quarantine.

Jurriaan Kien, an official accompanying the French players, told Reuters from quarantine in a Murmansk hospital on Saturday that the group are due to return to France on Monday despite Russia having grounded all international flights.

He said that he had received assurances from the airline that their flight from Moscow had so far not been canceled.

“We have a Plan B because we are chess players and always anticipate the next move,” Kien said. “If for some reason we arrive in Moscow and we can’t leave, we will be hosted at the French embassy’s residence in Moscow. They have already prepared 14 beds.”

The group has kept a regular schedule while in quarantine, where they have all been tested three times for the virus and were found to be healthy. Each day they follow their school curriculum, practice English, hold a French dictation and play chess.

Russia, which has recorded 1,264 cases of coronavirus, has halted all international flights and on Saturday said it would be closing all border checkpoints from Monday. [L8N2BL0EA]

Chess grandmaster Maxime Vachier-Lagrave, currently ranked eighth in the world, returned to France this week from a tournament in Yekaterinburg, a city 1,400 kilometers (885 miles) east of Moscow, just as all international flights were being suspended.

Vachier-Lagrave was tied for the lead in the Candidates Tournament, which brought together contenders vying for the chance to challenge defending world champion Magnus Carlsen of Norway for the world title, when it was abruptly suspended on Thursday because foreign participants were at risk of remaining stranded in Russia. [L8N2BJ88J]

“We made the effort to come play because this is a very important tournament, but we knew there was a chance it would not be completed,” Vachier-Lagrave told Reuters from his home in Paris. “You just have to remain calm and wait for the world to do better. Then when everything is resolved, we can play chess again.”