Home » World News » Factbox: Latest on the spread of the coronavirus around the world

(Reuters) – The world’s richest nations poured unprecedented aid into the global economy as coronavirus cases ballooned in the new epicentre, Europe, with the number of deaths in Italy outstripping those in mainland China, where the virus originated.

– For an interactive graphic tracking global spread: open tmsnrt.rs/3aIRuz7 in an external browser

– More than 3,400 people have died in Italy since its coronavirus outbreak came to light on Feb. 21, the highest death toll of any country, and more than 41,000 people have tested positive there.

– Spain on Thursday ordered the closure of all hotels and promised to implement special measures in nursing homes. Deaths jumped by more than a third on Thursday to 767, while the number of cases rose by a quarter to 17,149.

– Police will step up security checks in Paris train stations from Friday.

– Britain has asked 65,000 former nurses and doctors to return to work and will also deploy final-year medical students, the health ministry said. It has banned the parallel export of 80 crucial medicines to protect supplies during the outbreak.

– Austria will extend restrictions until April 13.

– A virus-hit Italian cruise ship has docked in Marseille, southern France, and passengers with tickets back to their home countries will be allowed to disembark, the port authority and the cruise operator said on Thursday.

– YouTube said it will reduce its streaming quality in the European Union to avoid straining the internet as thousands switch to teleworking and watch videos at home.

– Nearly 13,900 people across the United States have been diagnosed and 200 have died of the coronavirus, with the largest numbers so far in Washington state, New York and California.

– Canadian Prime Minister Justin Trudeau said on Thursday he expected the closure of the U.S-Canada border to come into effect overnight on Friday.

– The United States and Mexico are working on travel restrictions across the border, which could be announced as soon as Friday.

– Brazil, whose cooling weather could fan the outbreak, restricted entry of foreign visitors at borders with Argentina, Paraguay, Bolivia, Peru, Colombia, Suriname, Guyana and French Guiana as its confirmed cases surged past 600 on Thursday.

– Argentina began a mandatory quarantine, restricting people to their homes, from midnight on Friday morning until March 31.

– Haiti on Thursday declared a state of emergency, closing its borders and imposing a curfew, after the country’s first two cases were detected.

– A Chinese report into the coronavirus death of a doctor reprimanded by police when he tried to raise the alarm about the disease drew quick criticism online.

– An Olympic torch event in Japan, which plans to reopen schools after spring recess, drew hundreds of spectators on Friday, creating the type of gathering government and Tokyo 2020 organisers have warned against.

– Indonesia’s capital declared a state of emergency for the next two weeks in the city. While many Muslims in Jakarta accepted advice to avoid religious gatherings and prayed at home on Friday, elsewhere in the country people crowded into mosques.

– Mosques in Sri Lanka were shut indefinitely from Friday, and the island is set to impose a countrywide curfew over the weekend.

– Malaysia will mobilise the army to help enforce curbs on movement, the government said on Friday, as it faces the highest number of infections in Southeast Asia.

– Vietnam will temporarily suspend visa-free travel for citizens of Japan, Belarus and Russia from Saturday.

– Saudi Arabia, which has announced a $31.93 billion support package, has suspended all domestic flights, buses, taxis and trains for 14 days starting Saturday.

– Syria, already shattered by nine years of war, has banned entry for foreigners arriving from many virus-hit countries.

– Palestinian worshippers scuffled with Israeli police in East Jerusalem on Friday as crowds headed to Al-Aqsa Mosque to pray amid a partial lockdown.

– Niger and Chad confirmed their first cases on Thursday.

– Stock markets rebounded on Friday from some of their recent huge losses, pulling further away from three-year lows as central banks and governments pledged large amount of cash to reduce the economic impact of the pandemic. [MKTS/GLOB]

– The U.S Senate will seek a deal on a $1-trillion economic aid package which will include direct financial help for Americans, relief for small businesses and their employees, steps to stabilize the economy.

– Saudi Arabia announced new emergency stimulus measures on Friday that took its support for the economy to more than $32 billion as it battles the impact of the coronavirus outbreak and lower oil prices.

– The container shipping industry, a bellwether for international trade, has been blown off course with container lines re-routing cargoes and reducing calls to Chinese ports.

– The coronavirus has forced 15% of manufacturing companies in Vietnam to cut production, with the clothes and textile industry hard hit.

– Australia on Friday delayed its federal budget by five months to October, as it prepared to expand its stimulus spending to avoid recession.

– Indian key crop prices have plunged as much as 50% just as farmers prepare for harvest, putting paid to prospects for a rural economic rebound.

– The crisis for airlines deepened on Thursday as Lufthansa warned the industry may not survive the pandemic without government aid to offset falling demand. 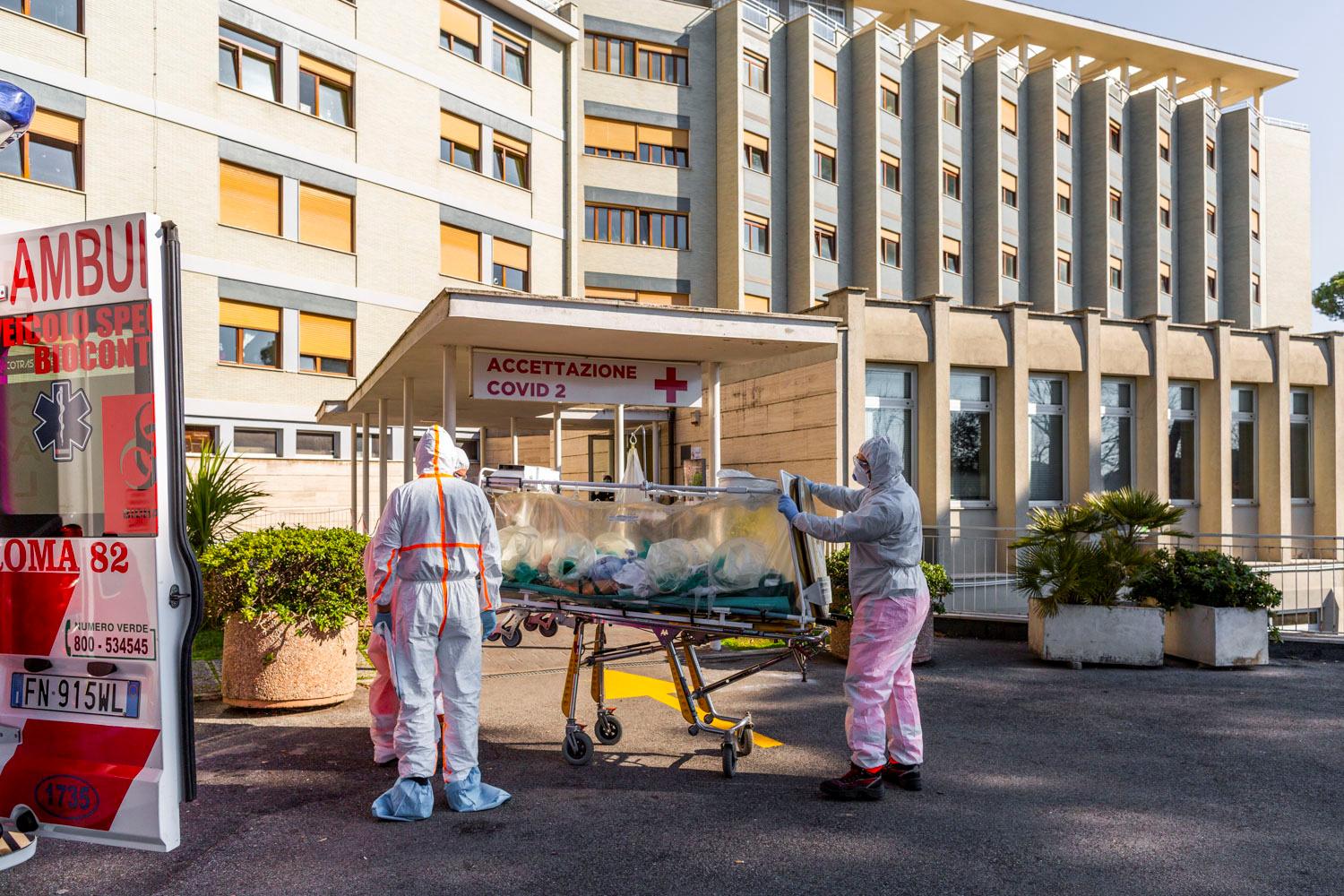 – Formula One drivers will join video gamers in a series of virtual grands prix to replace postponed races.

– The Cannes Film Festival has been postponed from May to the end of June.

Japan PM: to make it easier for men to take time off to take care babies