Denise Welch rants about heatwave warnings in the media

It has led to drought, fires and road closures in the Iberian nation on Tuesday while there was a grim warning from the government that things could get worse in the coming days. Prime Minister António Costa has warned that some parts of the country will see temperatures rise to 46C.

Tuesday saw firefighters struggle with fires in the hills north of Lisbon as elsewhere in the country a motorway was closed, evacuations were ordered and a festival cancelled.

Sky News Climate change and energy correspondent Hannah Thomas-Peter described the situation in the hills north of Lisbon as like “standing in an oven”.

She said: “Standing in the forested hills north of Lisbon feels like standing in an oven.

“Our thermometer showed 43C (109.4F) at around midday as a hot, bone dry wind whipped ash into our faces. 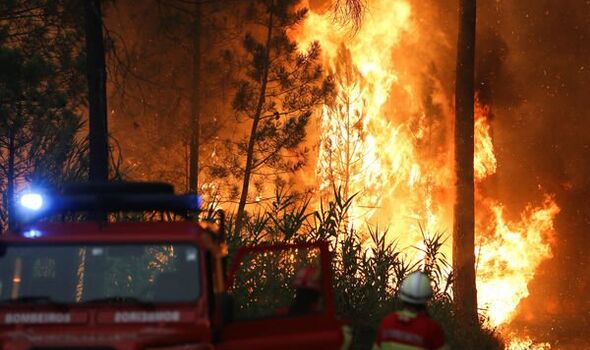 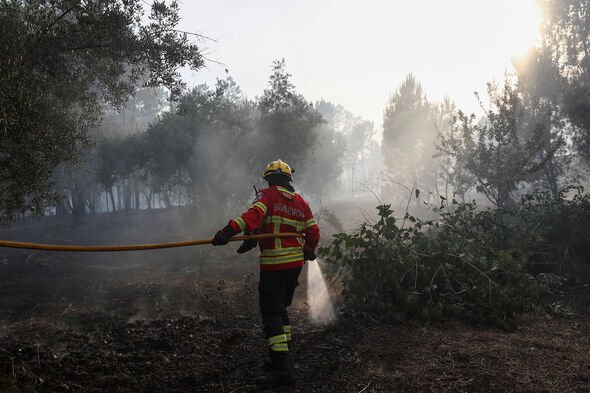 “We had followed a team of firefighters as they scrambled to dampen down flames burning through the drought-parched trees and scrub.

“The heat must have been unbearable for them in their heavy suits, lumbering up and down steep and rocky hillsides.

“Stoic residents looked on, as dogs yapped in cages and a beautiful white horse paced nervously in its enclosure.

“The last few days have been awful for the people who live in the small communities that dot this area.”

Local homeowner Feliciano Liberal told Sky News that three of his properties had narrowly avoided being burnt down.

He said: “We opened the gate and we saw everything burning.

“I used a tractor with water in it to extinguish the flames.

“What can we do? Nothing. It’s the third time this has happened.”

Manuel Santos, second in command of the firefighting operation in the area north of Lisbon, said the area was already “burnt”.

He said: “There is an extensive area that is already burned.

“The temperature is rising and we are worried.

“We are working to try to minimise the pain of the people.”

He also argued that climate change was making things worse.