ANKARA (Reuters) – President Tayyip Erdogan said on Wednesday the coronavirus was hitting Turkey just as it was recovering from a 2018 lira crisis but that there would be big opportunities if it could bring the outbreak under control in the coming weeks. 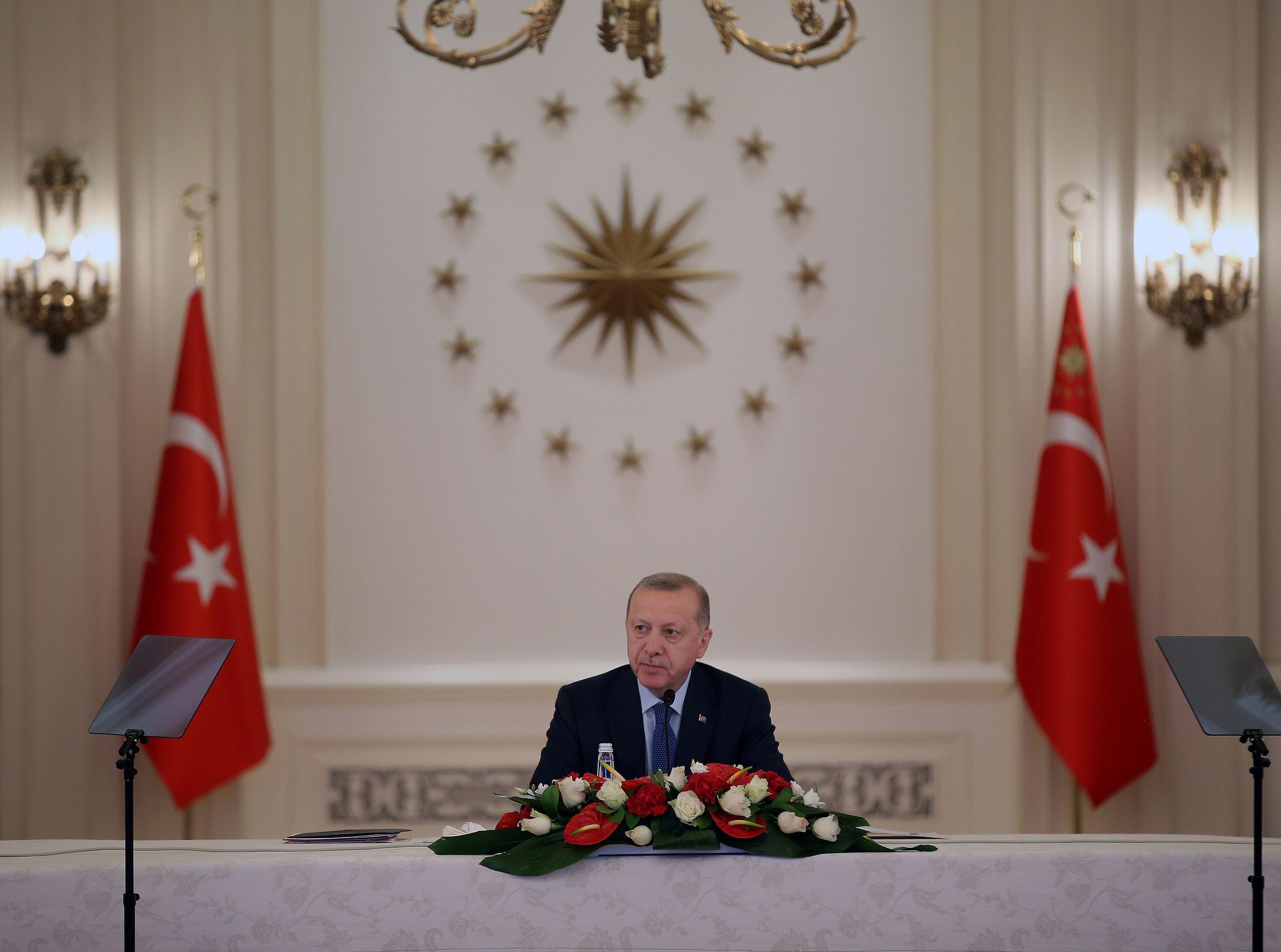 Turkey confirmed its first death related to the coronavirus on Tuesday and a doubling of its confirmed cases in one day to 98 after it ramped up measures to combat the spread of the virus. [L8N2B942N]

“It is not easy to keep all the wheels of the economy turning while battling coronavirus,” Erdogan said at the start of a meeting he was chairing with ministers, bankers and business leaders to discuss dealing with the pandemic.

“If we can manage these few weeks well and inform the nation well and keep the virus under control, we anticipate a good outlook, better than we had hoped,” he said. “We can see that greater opportunities await us when we get out of this period with success.”

He said financial developments linked to the fall in oil prices would bring additional advantages to Turkey, which imports most of its energy needs.

Turkey’s economy was hit by a currency crisis in 2018 and the lira has lost more than 40% of its value against the dollar since the end of 2017, including an 8% decline this year as the coronavirus added to its woes.

The economy rebounded strongly in the latter part of last year, growing 6% in the fourth quarter after government steps to boost economic activity. [nL5N2AS2E5]

“We won’t drop the ball when business is getting back on track as our country is recovering from the exchange rate, interest rate and inflation attack which it got through in August 2018,” Erdogan said.

As part of efforts to keep the economy on track, Turkey’s central bank cut its key interest rate by 100 basis points on Tuesday at an earlier-than-scheduled policy meeting and took steps to support volatile financial markets. [nL8N2BA4CX]

It was unclear what measures would be announced after Wednesday’s meeting but business groups are seeking tax cuts, loan payment deferments and steps to boost consumption, according to a report on the Haberturk news website.

Two sources told Reuters on Monday that officials were considering tax relief for businesses as one possible step to help the economy.[nL8N2B92DO]

Earlier this week Turkey suspended mass prayer in mosques and temporarily closed cafes, sports and entertainment venues. It also extended a flight ban to six more countries including Britain and the United Arab Emirates, bringing the total number of countries to 20, the health minister said.