Billionaire Tesla boss Elon Musk has posted several updates on Twitter centred around the wild fluctuation on Bitcoin’s price, with the latest being the logo of the world’s most popular cryptocurrency with a broken-hart emoji. He has been extremely vocal in his support of the cryptocurrency market but recently has appeared to lash out at Bitcoin since suspending plans from his company to accept it as payment for its electric cars, citing concerns over its excessive use of energy.

The comments from Mr Musk have infuriated Anonymous, who said in a newly-released video: “Millions of retail investors were really counting on their crypto gains to improve their lives.

“This is something that you will never understand because you were born into the stolen wealth of a South African apartheid emerald mine and have no clue what struggle is like for most of the working people in the world.

“Of course, they took the risk upon themselves when they invested, and everyone knows to be prepared for volatility in crypto, but your tweets this week show a clear disregard for the average working person.

“As hardworking people have their dreams liquidated over your public temper tantrums, you continue to mock them with memes from one of your million dollar mansions.” 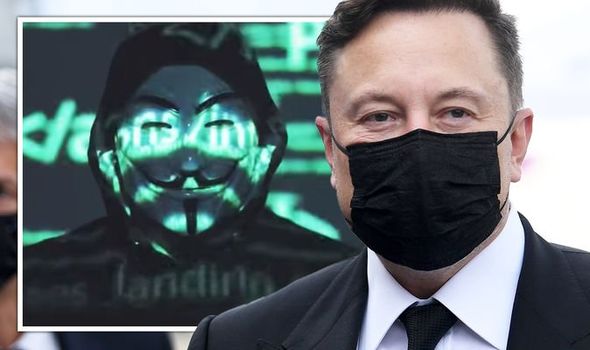 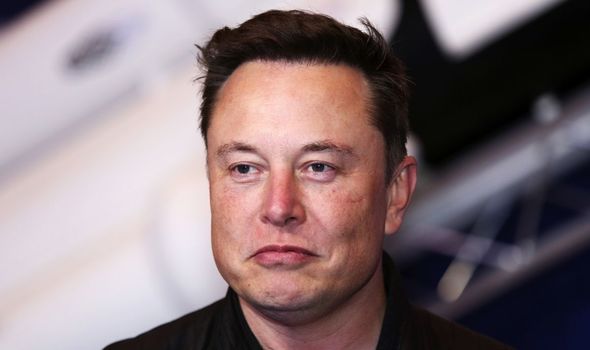 In a scathing personal attack, Anonymous claims that despite Mr Musk presenting himself as someone who is concerned about the environment with Tesla’s move away from accepting Bitcoin as a form of payment, he isn’t actually practising what he preaches.

The video says: “For the past several years you have enjoyed one of the most favourable reputations of anyone in the billionaire class because you have tapped into the desire that many of us have to live in a world with electric cars and space exploration.

“But recently your carefully created public image is being exposed and people are beginning to see you as nothing more than another narcissistic rich dude who is desperate for attention.”

Anonymous then took things even further from a personal perspective and claims Mr Musk is suffering from a “superiority and saviour complex”, accusing the Tesla boss of hurting working-class people with his constant “trolling” of the cryptocurrency market. 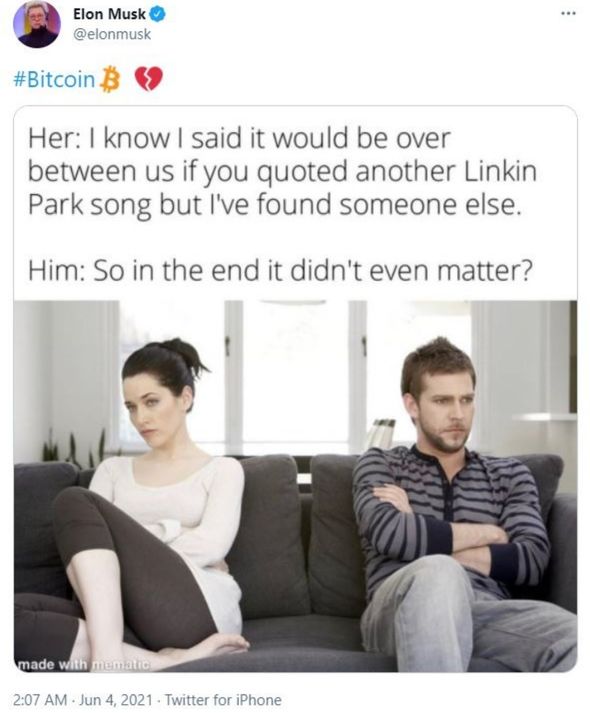 Anonymous said: “It appears that your quest to save the world is more rooted in a superiority and saviour complex than it is in actual concern for humanity.

“This has been obvious to your employees for a long time who have faced intolerable conditions under your command for years.

“It is also obvious to the young children working in your overseas lithium mines which are destroying the local environment as well.

“You have been open about your willingness to stage coups in order to install dictators in places where your toxic products are being mined. 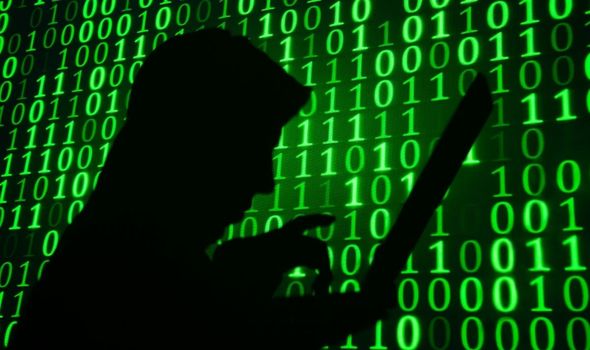 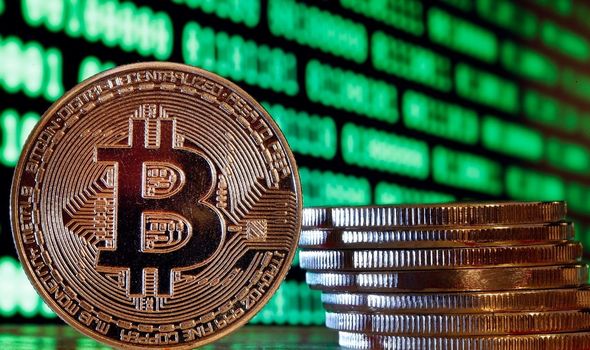 “You have even prematurely crowned yourself ‘Emperor of Mars,’ a place where you will be sending people to die.”

“There are plenty of other companies working on space exploration and electric vehicles you are just the only CEO who has gained a cult following through s***posting and trolling the world on social media.

“In fact, many people are not learning that the vast majority of Tesla’s income doesn’t come from selling cars, it comes from government subsidies – selling carbon tax credits for your innovation with clean energy.”

Anonymous concluded in a final warning: “As hardworking people have their dreams liquidated over your public temper tantrums, you continue to mock them with memes from one of your million dollar mansions.

“You may think you are the smartest person in the room, but now you have met your match.

“We are Anonymous! We are legion. Expect us.”

On Friday, Bitcoin’s price plummeted by more than seven percent after the bizarre tweet from Elon Musk, with rival cryptocurrencies also plunging as the volatile market continues to struggle.

Bitcoin’s price has suffered a dramatic fall over the past six weeks, slumping by a massive 42 percent since hitting a record high of $63,300 on April 16.

In February, the price of Bitcoin surged to an all-time high after he tweeted Tesla would begin accepting payments of the digital currency for sales of their electric cars.

But on May 17, Bitcoin’s price plunged to its lowest since February after the Tesla boss hinted the electric carmaker may sell its cryptocurrency holdings.

The previous weekend, Mr Musk suggested the firm was considering selling or may have already sold some of its holdings in the cryptocurrency.